One of the best ways to start a visit to Vancouver is by going to Harbour Centre in the middle of the downtown area, and taking the elevator up to the Vancouver Lookout, a 360 degree panoramic observation deck high above the city. 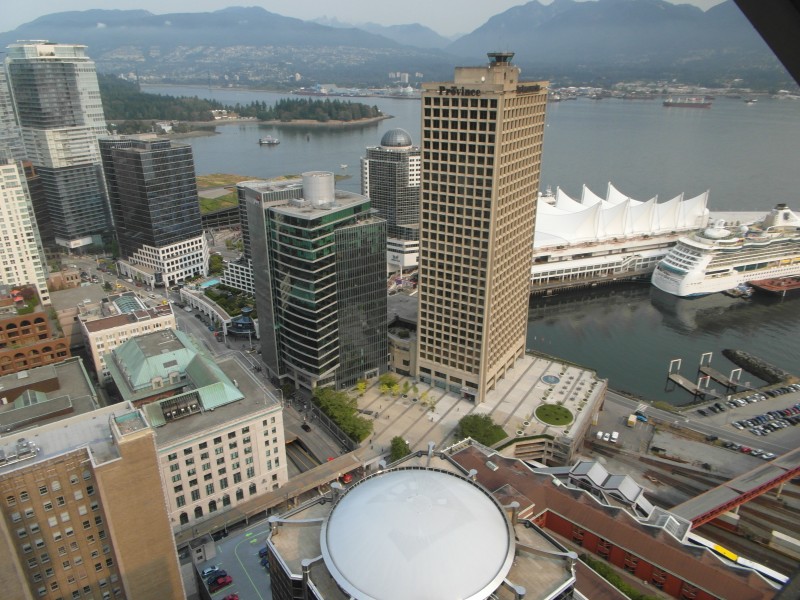 You can walk around the circular observation deck and read the various panels explaining the buildings and other features in front of your eyes.

Even better, you can simply take one of the frequent guided tours, at no extra charge, where a very knowledgeable guide will explain all that you see around you, and answer your questions.

We found it an extremely useful and quick way to get up to date on the rapid development of this magnificent city. Did you know that the Vancouver metropolitan area, at about 2.5 million people, is already the third largest in Canada, after Toronto and Montreal? Did you know that more than half the population of the city of Vancouver itself (about 600,000) have a language other than English as their first language?

« Dominica, the nature island of the Caribbean! A real gem!
Wreck Beach in Vancouver … a nude beach for an even tan ! »