Read our previous posting: “Art and Gastronomy … The finale of Renoir’s life and the debut of Escoffier’s!” 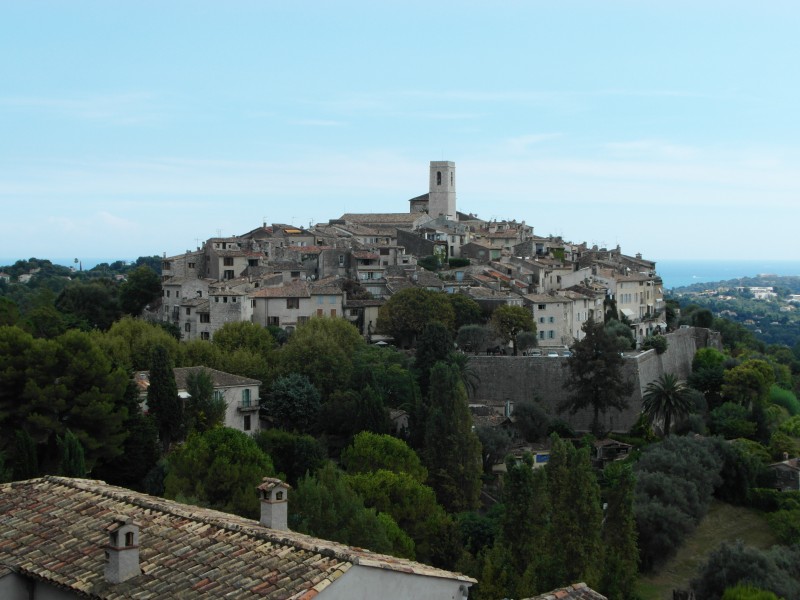 In the footsteps of Marc Chagall in Saint-Paul-de-Vence

Highlights of our day in Saint-Paul-de-Vence: 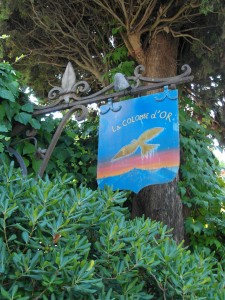 In an earlier post, I mentioned the story of the famous jealousy row which led Zelda Fitzgerald to throw herself off the parapet of the terrasse restaurant because of the attention which F. Scott Fitzgerald was giving to the famed ballet dancer, Isadora Duncan. 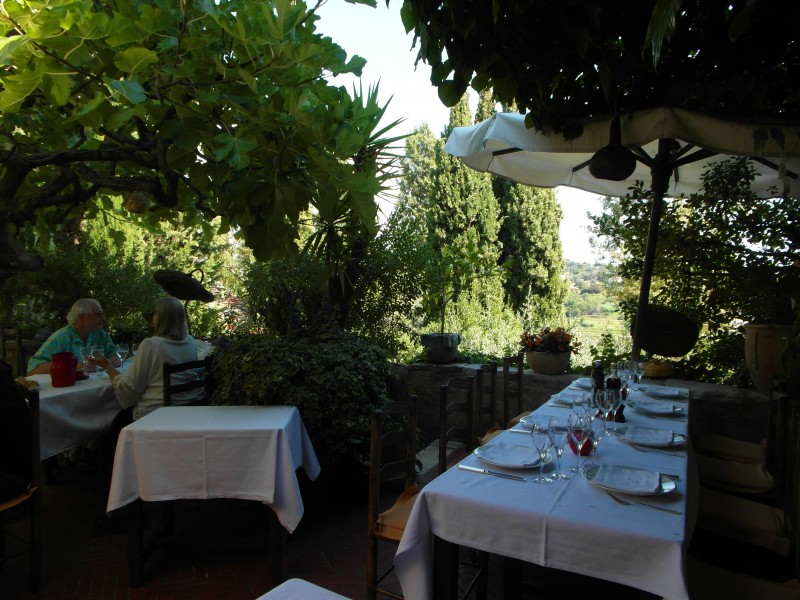 Lunch on the terrasse was in itself an exceptional experience. Service was in a league by itself, as there were probably as many staff as patrons. As to the food, you should have seen the look on my daughter’s face when our appetizers arrived! Large saucissons with fifteen plates of assorted appetizers including black boudin, one of my favorites. 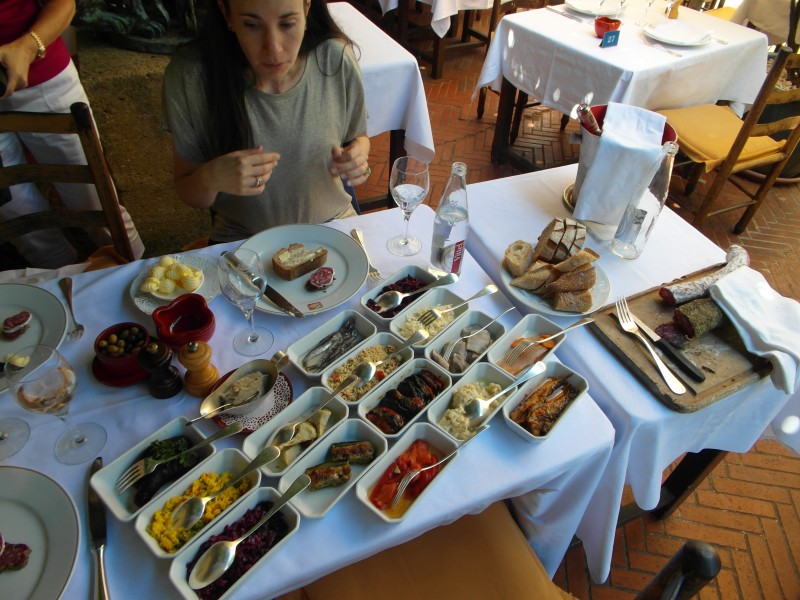 The rest of the meal was no less impressive, and we enjoyed the complimentary house mandarine grappa at the end. 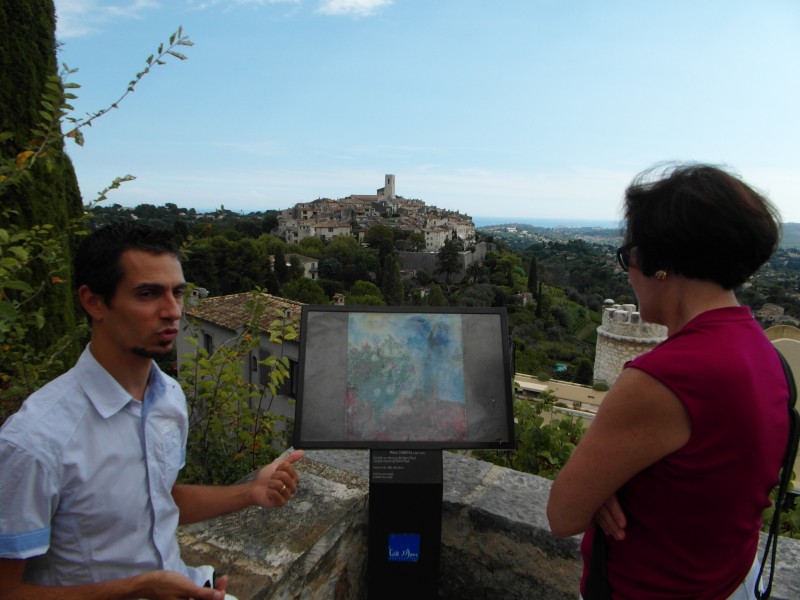 Chagall is noted for saying “I thank destiny for bringing me to the shores of the Mediterranean”.He had lived nearby in Vence since 1948 after he returned from the United States; he had been attracted to the area by Aime and Marguerite Maeght, who were his art dealers in Paris (as well as for Henri Matisse, Braque, Léger, Miró, Alexander Calder et Alberto Giacometti). Aime and Marguerite Maeght (pronounced like “mag”) had taken refuge in Vence during the second world war after a good friend of theirs, Jean Moulin, head of the French resistance, was arrested by the Gestapo. Today’s Fondation Maeght is a world famous museum in Saint-Paul-de-Vence.

An unexpected bonus, during our tour, was a stop at a chapel which an artist was in the process of completely decorating with wall paintings.

Our guide, Christophe, was extremely erudite and we thoroughly enjoyed being taken to the various spots where Chagall painted and hearing about each painting and the fabulous life of this great artist. Chagall went through various periods during his tumultuous life, but the theme of his paintings while in Saint-Paul-de-Vence seemed to be all about love, and they are marvelous pieces of art. 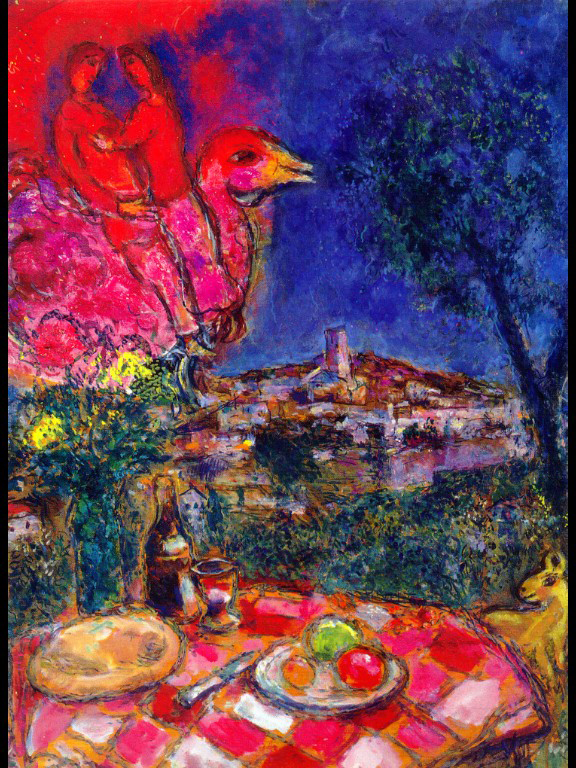 *Take the 400 bus to Saint-Paul-de-Vence from the first stop, Albert 1er, so that you don’t have to worry about getting a seat on the bus. Today, the bus was standing room only as of the third stop on the route.

*Ask for a tour at the small tourist office right at the entrance to the walled city of Saint-Paul-de-Vence. If a tour is not already scheduled, they will schedule one for you; and the cost of 5 euros per person won’t break your bank!