Cambodia’s Fish Amok. Here follows SeriousEats.com’s take on this famous dish which you will find in every Phnom Penh restaurant:

This fish curry is often called Cambodia’s national dish, and for good reason—its presentation is beautiful and it tastes even better. Fish amok gets its signature flavor from kroeung, an aromatic curry paste made with lemongrass, galangal, fresh turmeric, shallots, garlic, and a little chili. The kroeung is mixed with coconut milk, which turns a beautiful golden yellow. Mild white fish and shredded kaffir lime leaves are added to the curry, which is steamed in a banana-leaf cup. Every restaurant prepares fish amok slightly different—some are saucier and others becomes custardy as they steam. 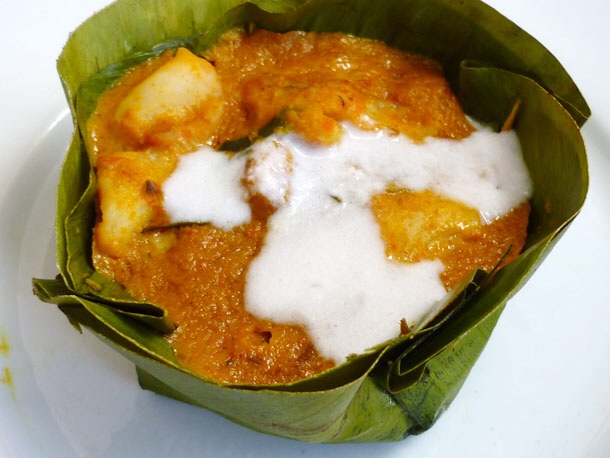