COUNTRY ROLL No 47 : Cyprus, the original island of love. Did you not know that Aphrodite, the goddess of love, was born in Cyprus, just off what is now appropriately called Aphrodite’s
Beach. Cyprus is also home to the oldest wine in the world, the sweet dessert wine commandaria. In the 12th century, King Richard the Lionheart of England is said to have so enjoyed commandaria wine at his wedding that he called it “the wine of kings and the king of wines”. 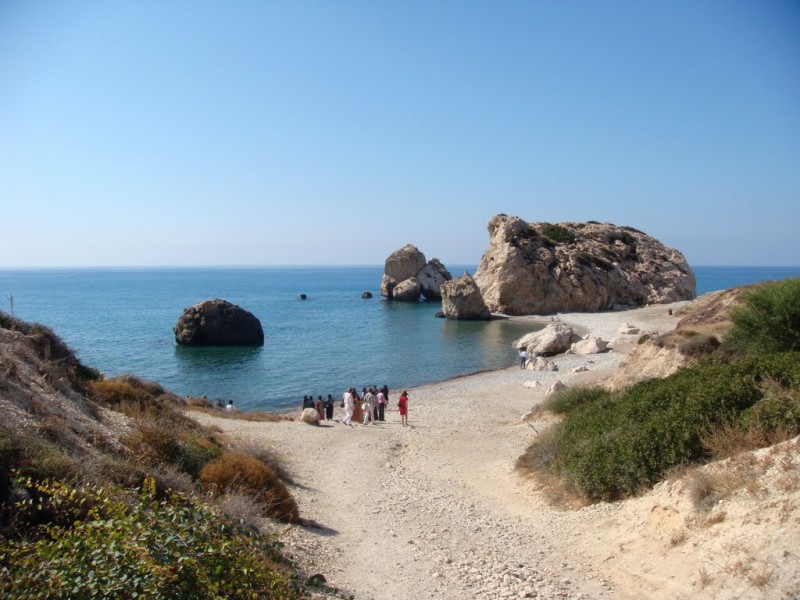 Photo of Aphrodite Beach in Cyprus by panoramio.com