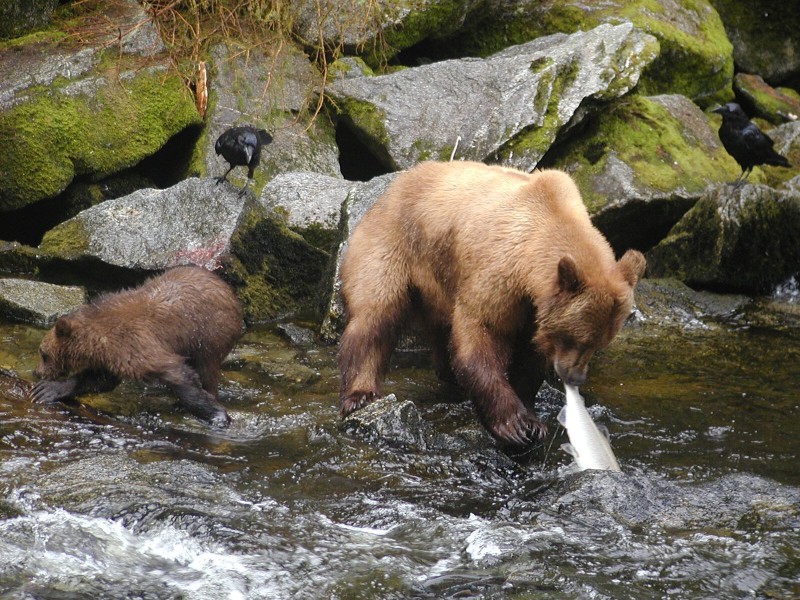 Imagine a paradise for salmon fishing … thousands of pink salmon running upstream through miles of fresh creek water which flows into their spawning grounds in Margaret Lake. The creek runs through Tongass National Forest, the largest forest in the U.S. which happens to cover most of southeast Alaska, and is just a 30 mile drive or a 20 minute Floatplane ride from Ketchikan, Alaska. 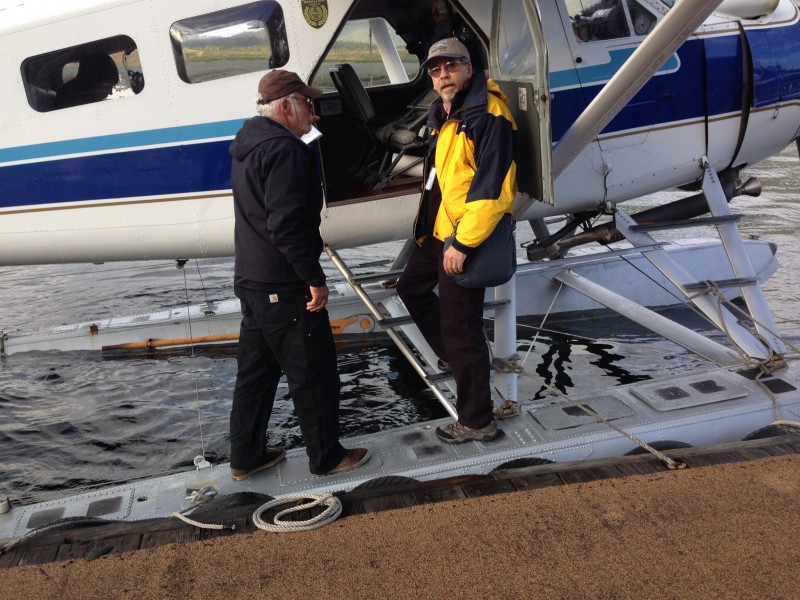 Officially proclaimed as a “national forest” by Teddy Roosevelt, who also lent his name to the “Teddy Bear” after he helped rescue a small bear cub, Tongass is referred to as the “Great Bear Rainforest” and provides the spawning grounds for over 80% of southeast Alaska’s salmon fishing industry. 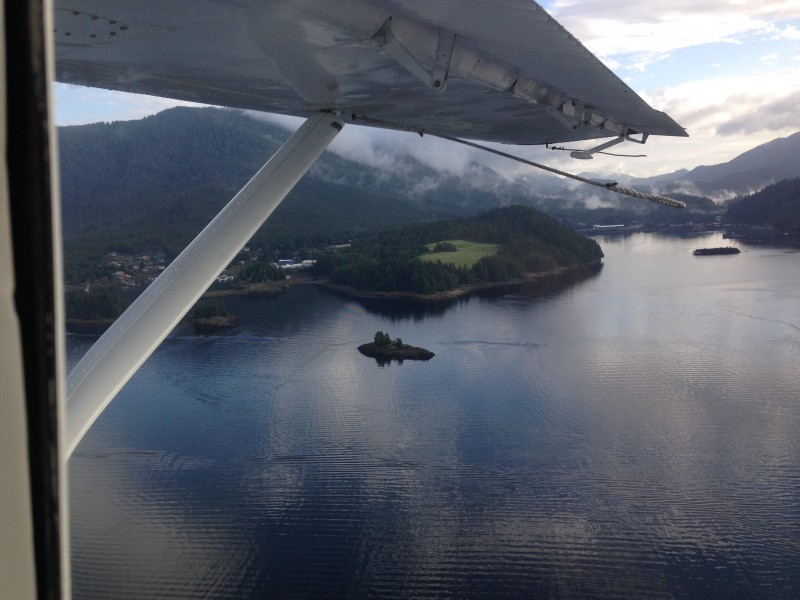 And why is Tongass such a paradise for bears, both the giant brown grizzly and the smaller black bears? Because bears are omnivores who love to go salmon fishing and then feast on their fresh catch as well as on the abundant greenery in this national forest. 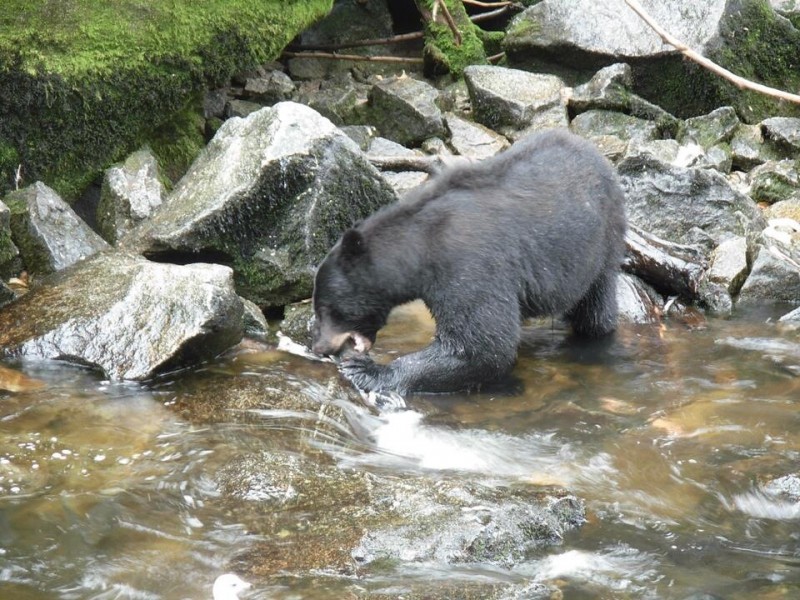 So earthly paradise still exists for the bears of southeast Alaska, and we had the distinct pleasure this morning to take an early morning “floatplane” (amphibious seaplane) from Ketchikan to Traitors’ Cove to observe the bears salmon-fishing on Revillagigedo Island. Both the ride to and from Traitors’ Cove provided spectacular views of both the islands in and the mountains surrounding the water below. But the most memorable part of our excursion was observing the salmon running in the great spawning migration up against the currents and the bears joyfully fishing for them in bear paradise.