Gradara : If you love Romeo and Juliet, go to Gradara !

When we left the town of Rimini, located on the Adriatic coast of Italy at the southern edge of the province of Emilia Romagna, and headed south to the neighboring region of Marche (in English “the Marches”), I did not expect to see much in terms of scenery or landscape. Italy was about to surprise and delight me once again!

The coastline of Italy on the Adriatic Sea, all the way from Trieste in the far north of Italy down to Rimini in Romagna, is totally flat and at sea level. Driving along the sea shore in Romagna, one sees an endless and uninterrupted row of hotels and resort towns, built to take advantage of the beautiful beaches along the shore.

However, as soon as we crossed into the Marches region a few miles south of Rimini, the scenery miraculously changed to one of green rolling hills, small Roman and Medieval towns perched on the hilltops or hidden in sea level coves, and quaint and quiet country roads wimding through a rural landscape seemingly forgotten by the modern world.

The whole area is so idyllic that the Italian government finally decided in 1994 to declare it a national park, called Parco del Monte San Bartolo, in order to protect the area from excessive development.

As we drove south through the park, admiring on the left the cliffs leading into a sparkling Adriatic Sea and on the right the green rolling hills dotted with farms, villas and vineyards, we suddenly noticed a beautiful castle on a choice hilltop location in the distance. 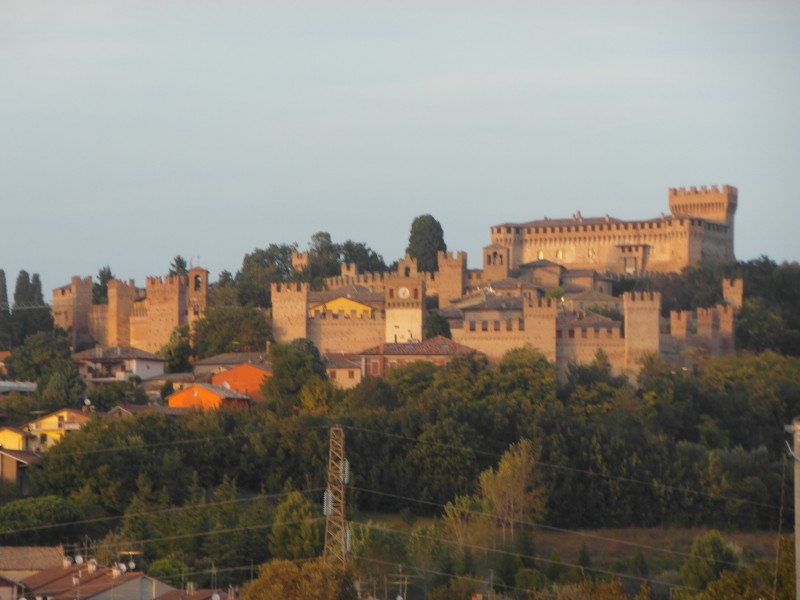 Castle of Gradara in the Marches of Italy

“Have you read the Divine Comedy by Dante?” asked our guide. “In 1310 or so, Dante Alighieri wrote about this castle, the Castle of Gradara, in his poem the Divine Comedy. He told the tragic love story of Paolo and Francesca, a true story which took place in that castle, and which later inspired Shakespeare to create the fictional Romeo and Juliet story.”

That tidbit of information was enough for us to change direction and head straight for Gradara and its magnificent, fully restored castle. 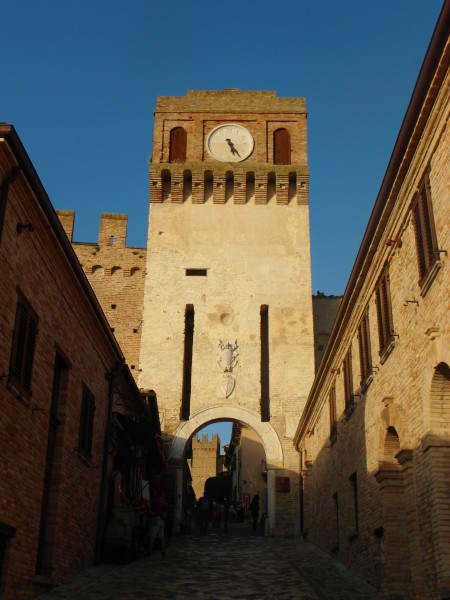 Francesca da Rimini was a contemporary of Dante, and she had been tricked into marrying Gianciotto “Crippled John” Malatesta, who lived in the Castle of Gradara. She actually was in love with Gianciotto’s brother, Paolo. When Gianciotto found out about the two lovers, he killed them both.

I was excited at the thought of visiting a castle associated with Dante, Paolo and Francesca, and indirectly with Romeo and Juliet. But there was much more to come. 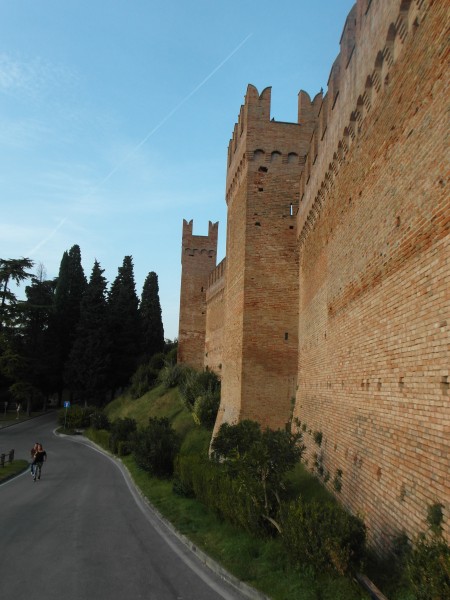 It turns out that the castle of Gradara in 1289 became the property of the Sforza family, and I recognized the name immediately from having watched the Showtime series “the Borgias”.

The Castle of Gradara, home to Paolo and Francesca in the thirteenth century, became the home of Lucrezia Borgia a couple of centuries later when she married Giovanni Sforza, Lord of Pesaro and Gradara. That is the Giovanni Sforza whose unique place in history was assured when he later signed confessions of impotence, presumably under duress, in order to permit the annulment of his marriage to Lucrezia Borgia. 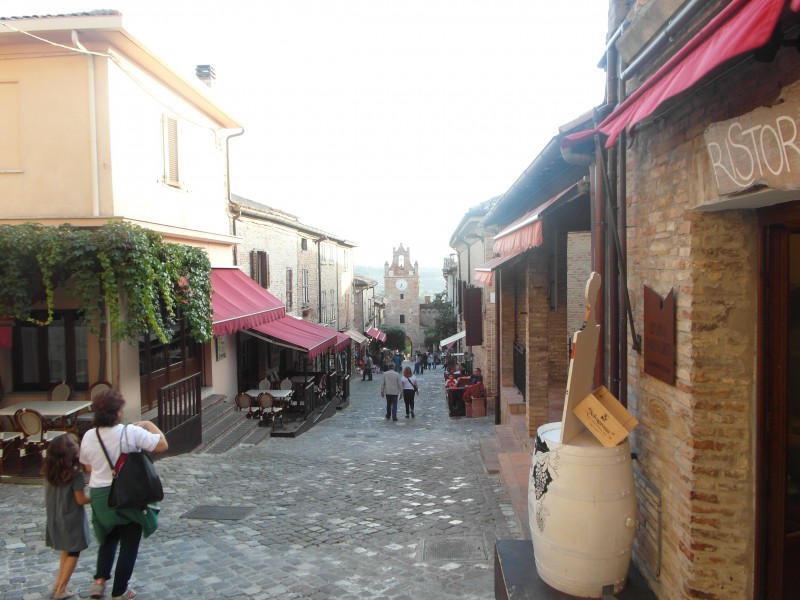 How many castles do you know of with such a rich history of famous love and death?

The Castle of Gradara consists not only of the castle itself but also of an ancient well preserved and renovated town protected by a double wall of fortifications. The main street leading up to the castle is lined with charming small shops and restaurants. Walking around the old town and its fortifications offers numerous vantage points for beautiful views of the coast and the Adriatic Sea. In other words, the whole place is an ideal tourist destination! 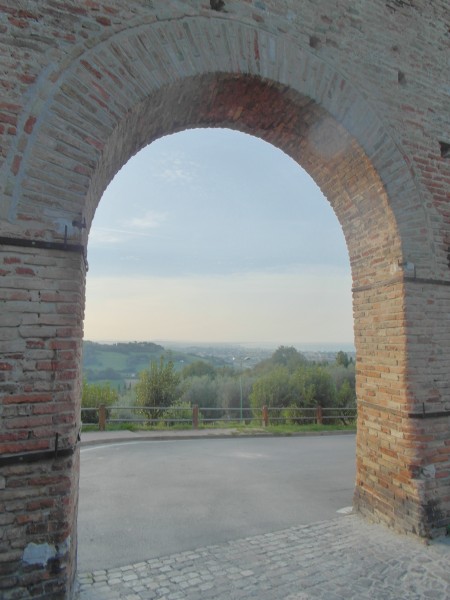 Because of time constraints, we did not have the time to enter and tour the castle itself. Perhaps I just wanted to have a good reason to want to return? Or perhaps I am hoping that some of the readers of BonVoyageurs ‘ blog will visit Gradara and share with us what lies behind the walls of the Castle of Gradara!

« Cookbooks : The best Italian cookbooks of all times!
Phillips Club in New York : 3 reasons to stay there! »