An Ode to the Charming Old City of Quebec, the Most European City in North America 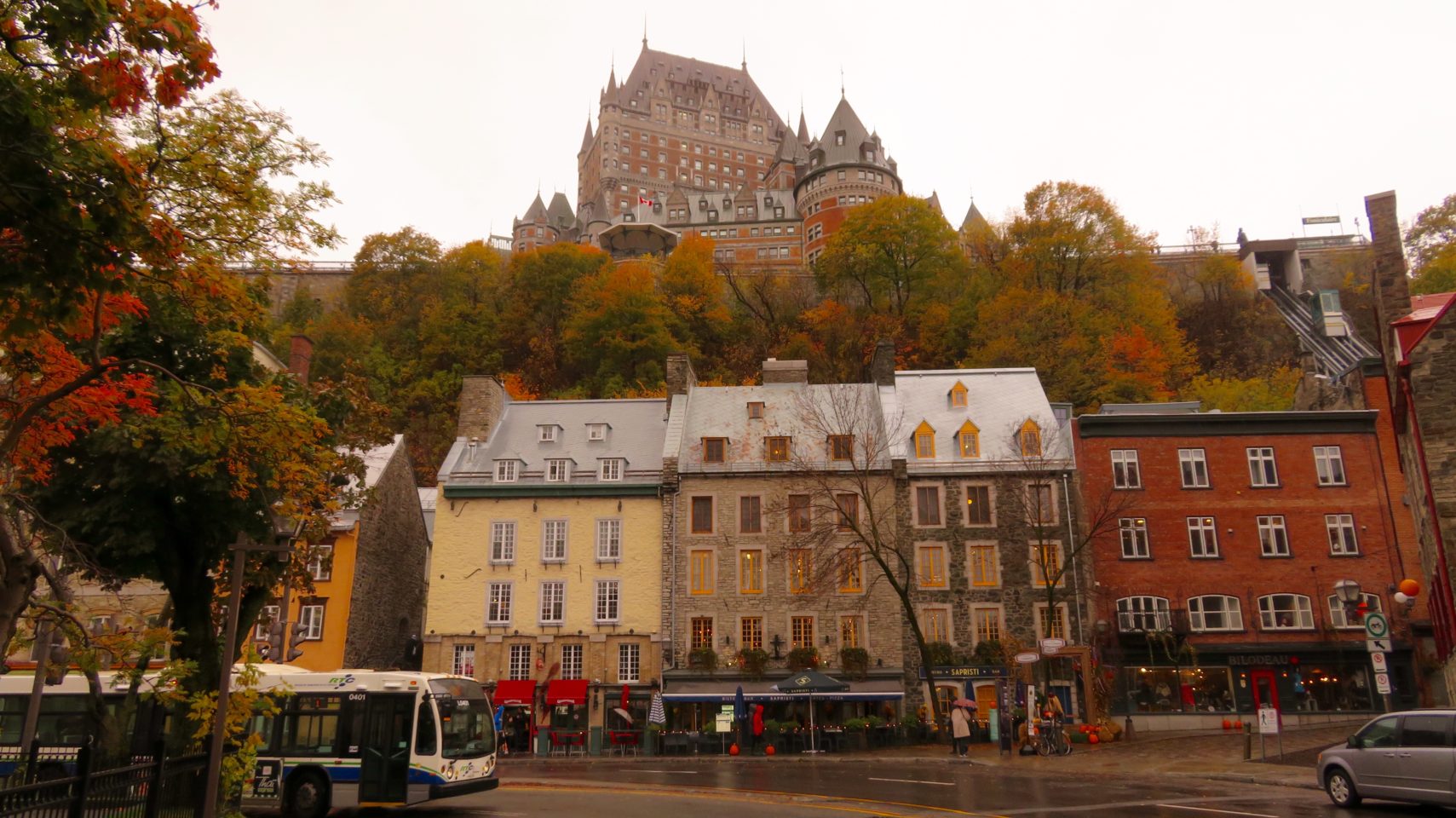 If you have not yet been to Quebec City, the most European city in the northern hemisphere (outside of Europe of course) and the capital of the Canadian province of Québec, prepare to be charmed.   What you have come to expect from Europe’s famous “old” cities you may not be expecting on this side of the Atlantic where modernization has become synonymous with take-down-and-rebuild.  So as you pass through the high, thick stone walls of the Old City, established by Samuel de Champlain in 1608, you may feel like you are experiencing time travel. 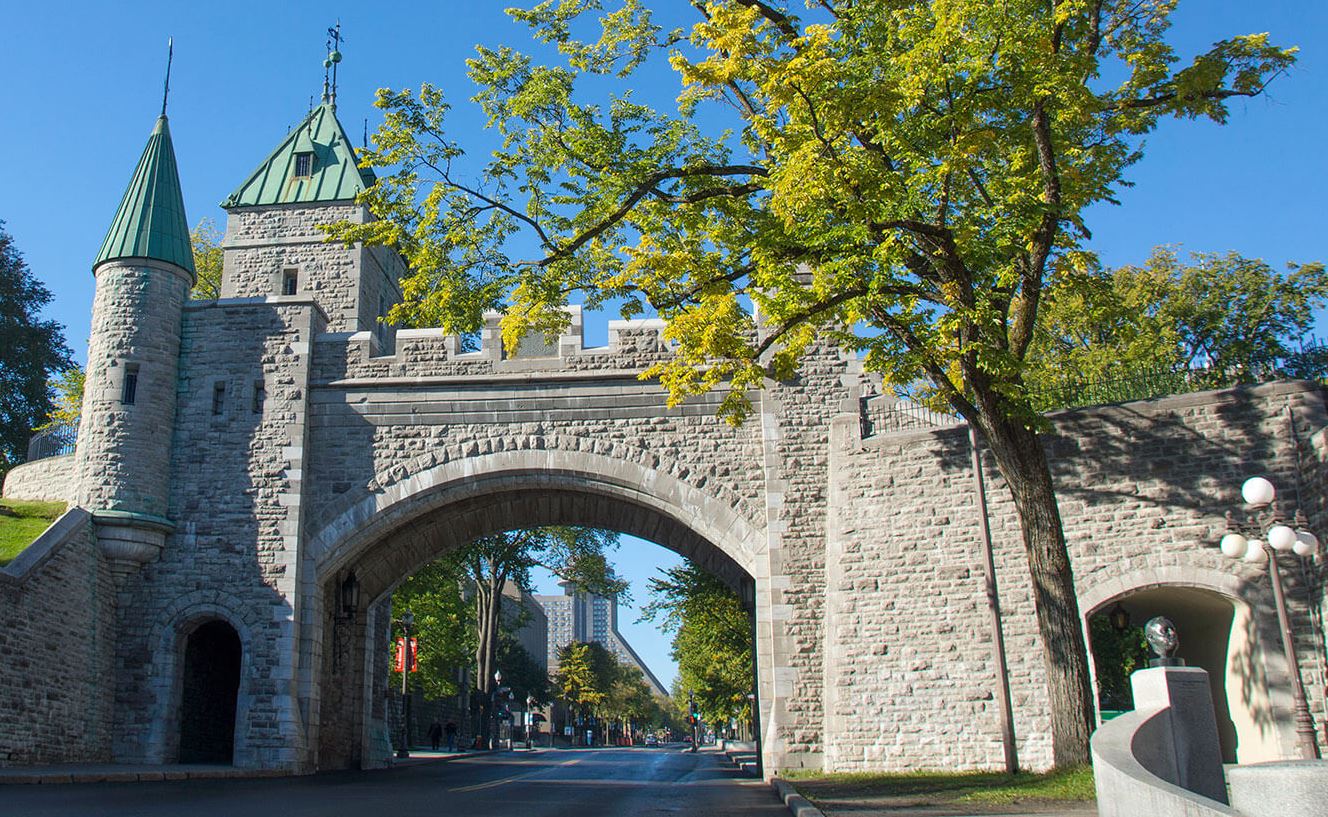 I remember the first time I arrived in front of the walls of the Old City and walked through the gate to wander through the old streets.  It was in 1964.  I was awestruck.  I had visited Independence Hall and the Betsy Ross Home in Philadelphia, but I had never seen an entire city so artfully preserved and functioning in the modern world.  Back then, fluent English was a rarity, and I left this fascinating historic town charmed but frustrated by my inability to communicate with the inhabitants who spoke a variation of French based upon the French of the 1600’s when the first European inhabitants arrived from the old world to help found La Nouvelle France. 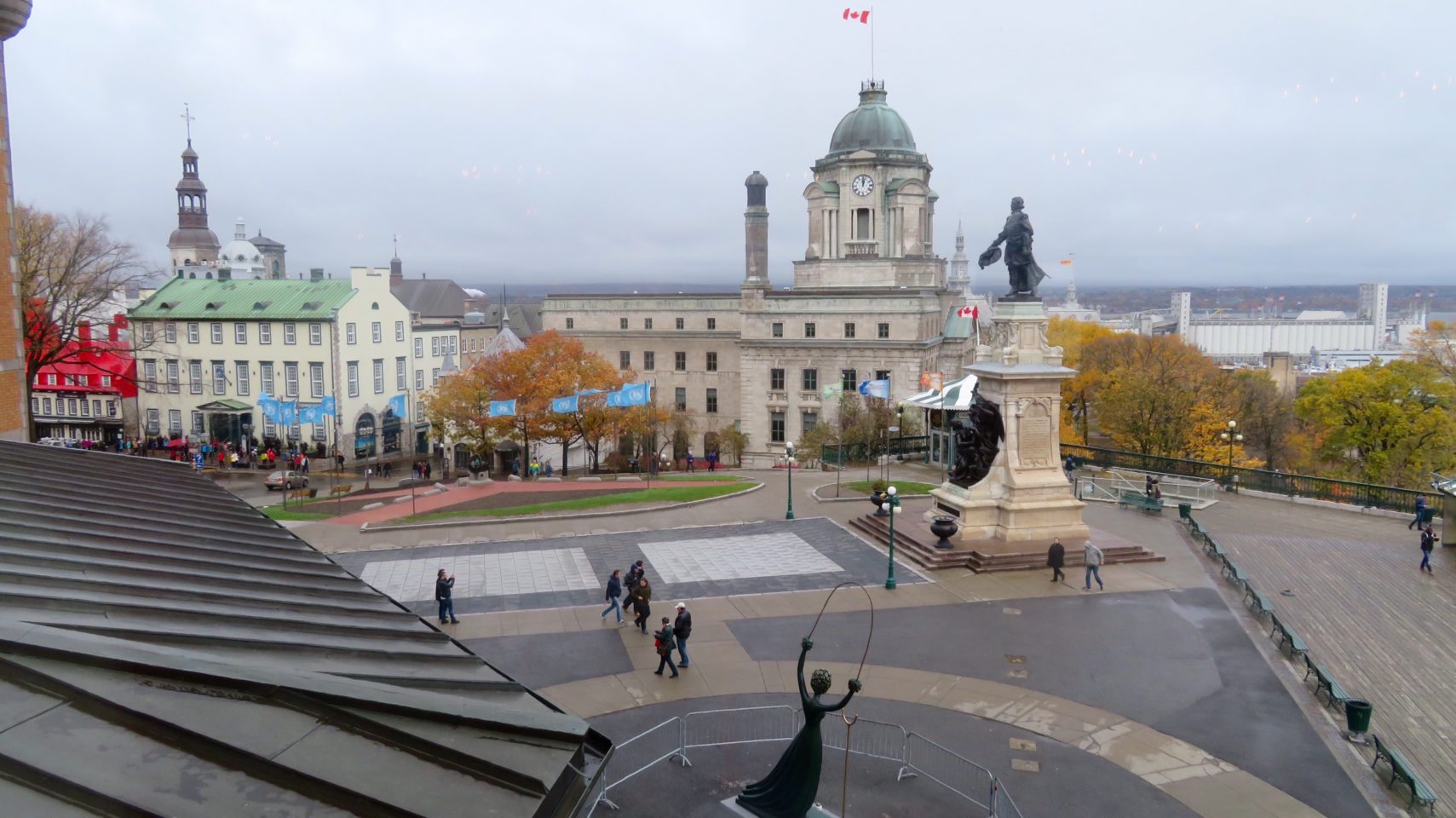 Fast forward just six years, and I met my first Québécois fluent in English, and two years later I married him.  I am the first to admit I am biased.  I loved le Vieux Quebec from the first moment I saw it and I have loved it ever since.

What I love about la Vieille Ville, as the locals call it, is a myriad of things.  I love the beauty and romanticism of the place, the charming architectural style the original settlers brought over from their native Normandie in France, the breathtakingly beautiful views over the St. Lawrence river from various vantage points in the upper city, the narrow winding cobblestone streets full of old stone houses and brightly colored shutters and doors.  I love the innovative and creative spirit of the people which they integrate so seamlessly into their respect for tradition.  It permeates their life style, from their art and music to their cuisine and and décor. I love to walk the streets and explore the shops full of artensania, art galleries, and charming restaurants that remind me so much of the magnificent countryside of Normandie.  I love the unique style of Québécois music—think something between Bob Dylan, including Dylan’s talented poetic lyrics, and French favorites such as Charles Aznavour. 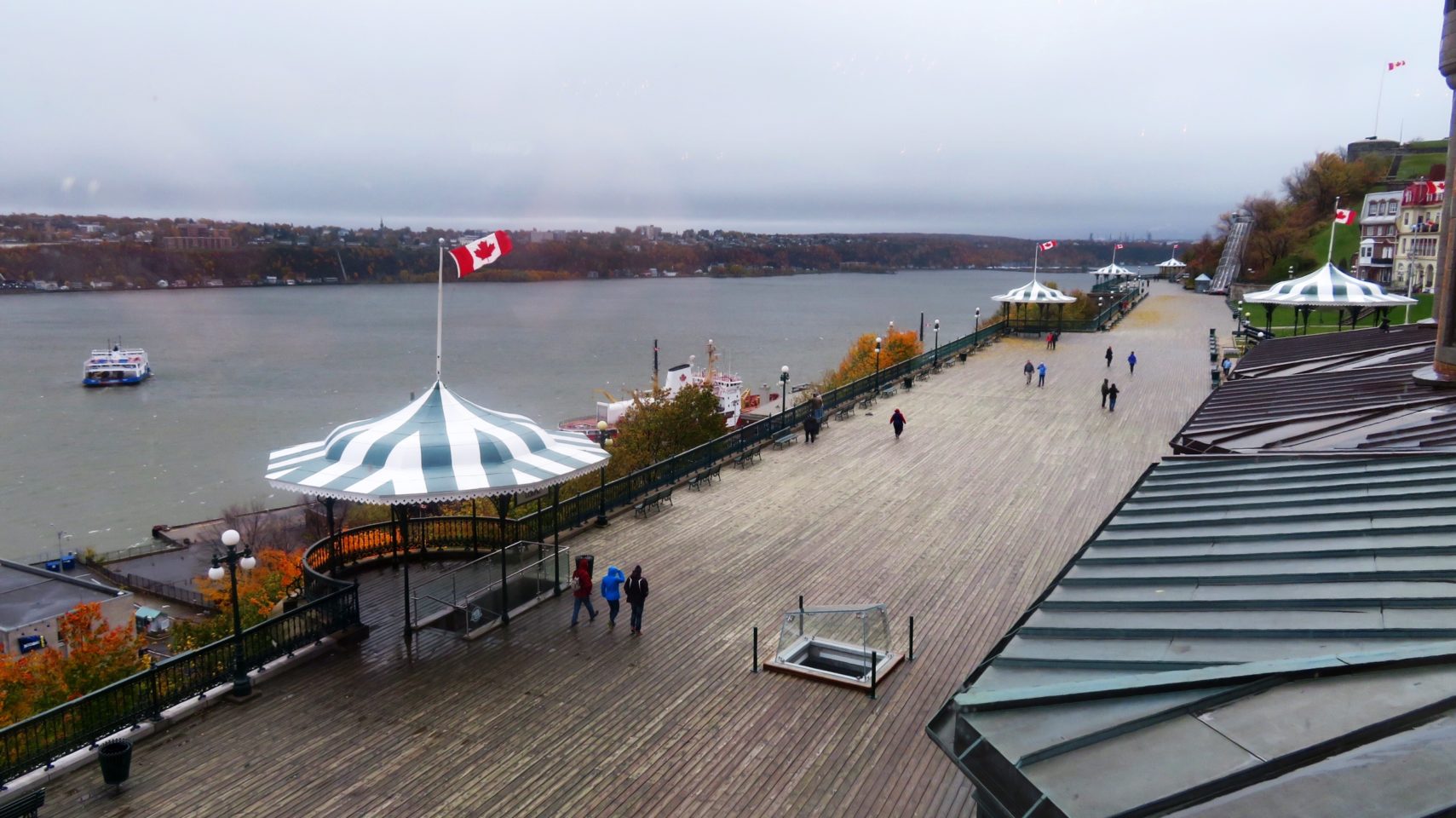 The charming old city of Quebec with the famous Terrasse Dufferin promenade along the mighty St. Lawrence River

There are entire streets full of beautiful handicrafts that the Québécois of today are making following century-old traditions, or based upon these traditions with a 21st century twist.  Either way, their skills and talents impress me and I find it very easy to shop and find the perfect souvenirs and gifts to bring back home with me. And then there are the suede and leather fabrications — simply gorgeous!  Plus, if fur is your thing, or you are after the perfect après-ski clothes, Quebec City is a dream come true.  And don’t forget, ladies, the boutiques are full of clothes designed by the locals that you won’t find back home. 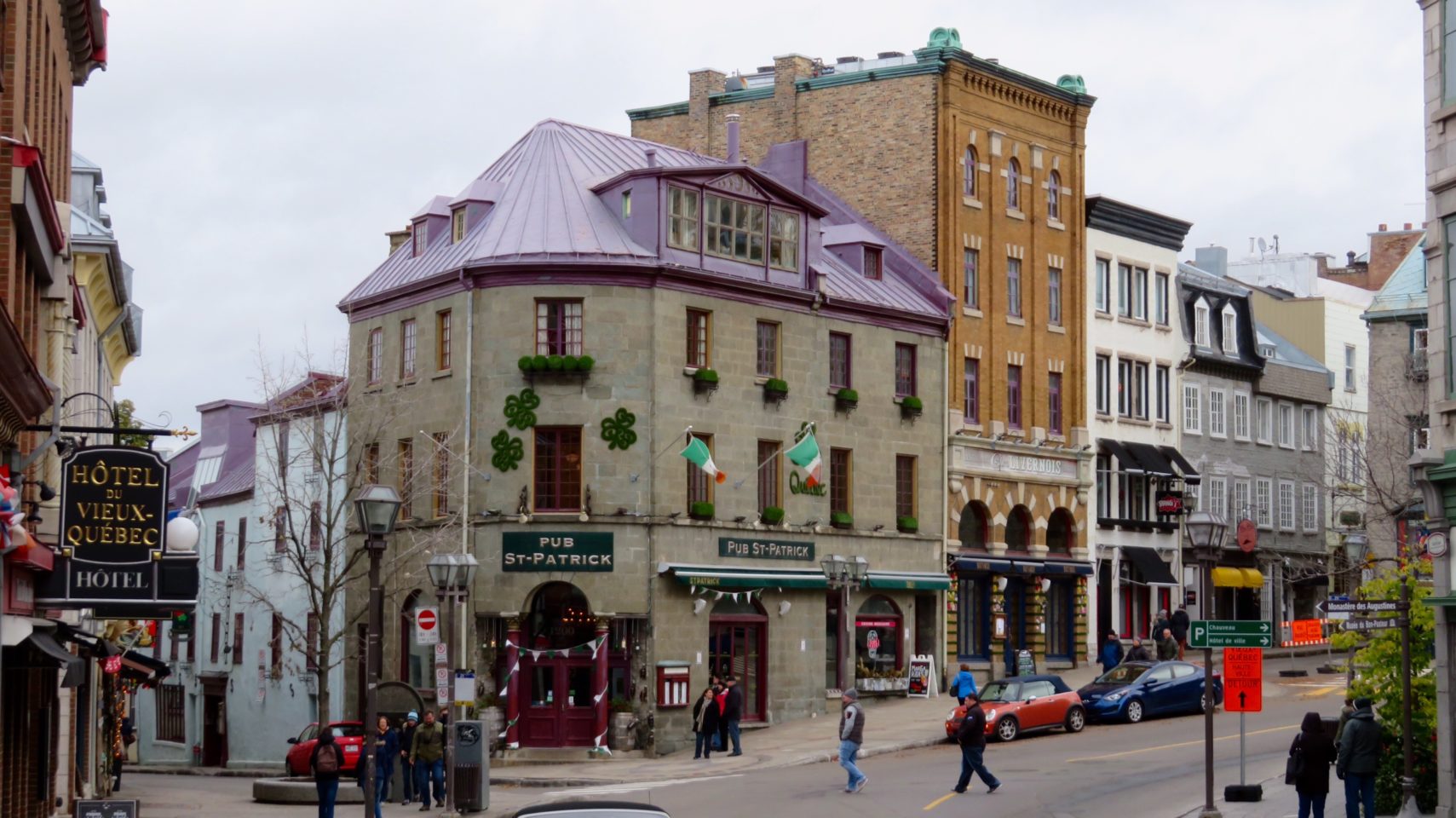 Rue St. Jean in the charming old city of Quebec

The culinary traditions are inspiring.  Those daring souls who left Normandie in the early 1600’s and braved the elements of a Québec winter to establish La Nouvelle France brought over the French love of good food with them.  And then they adapted the old French cuisine to incorporate the native ingredients of the New World and the harsh climate of their new location. 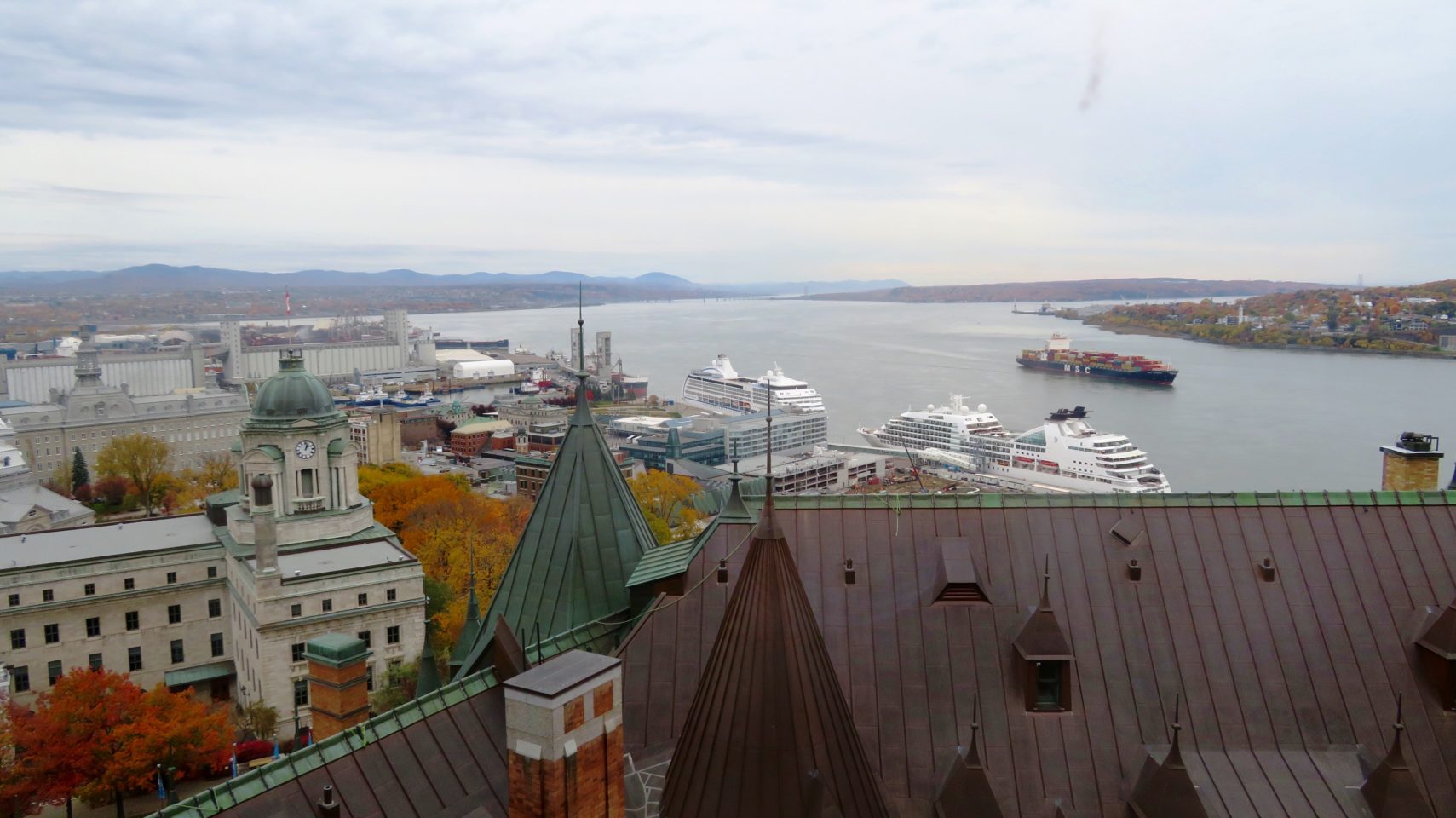 Famous traditions developed which have lovingly endured for centuries.  I’m proud to say that I practice some of these traditions, including tourtière, the famous Québécois meat pie served throughout the Christmas season.  I make a modern version of a fruit and vegetable chutney to accompany the traditional tourtière, as well my husband Denis’ grandmother’s recipe for cretons, a traditional country pâté that keeps you warm and energized on the coldest of winter days.  And then there is the awesome cipaille … a savory pie of game and vegetables that I love but have yet to attempt. 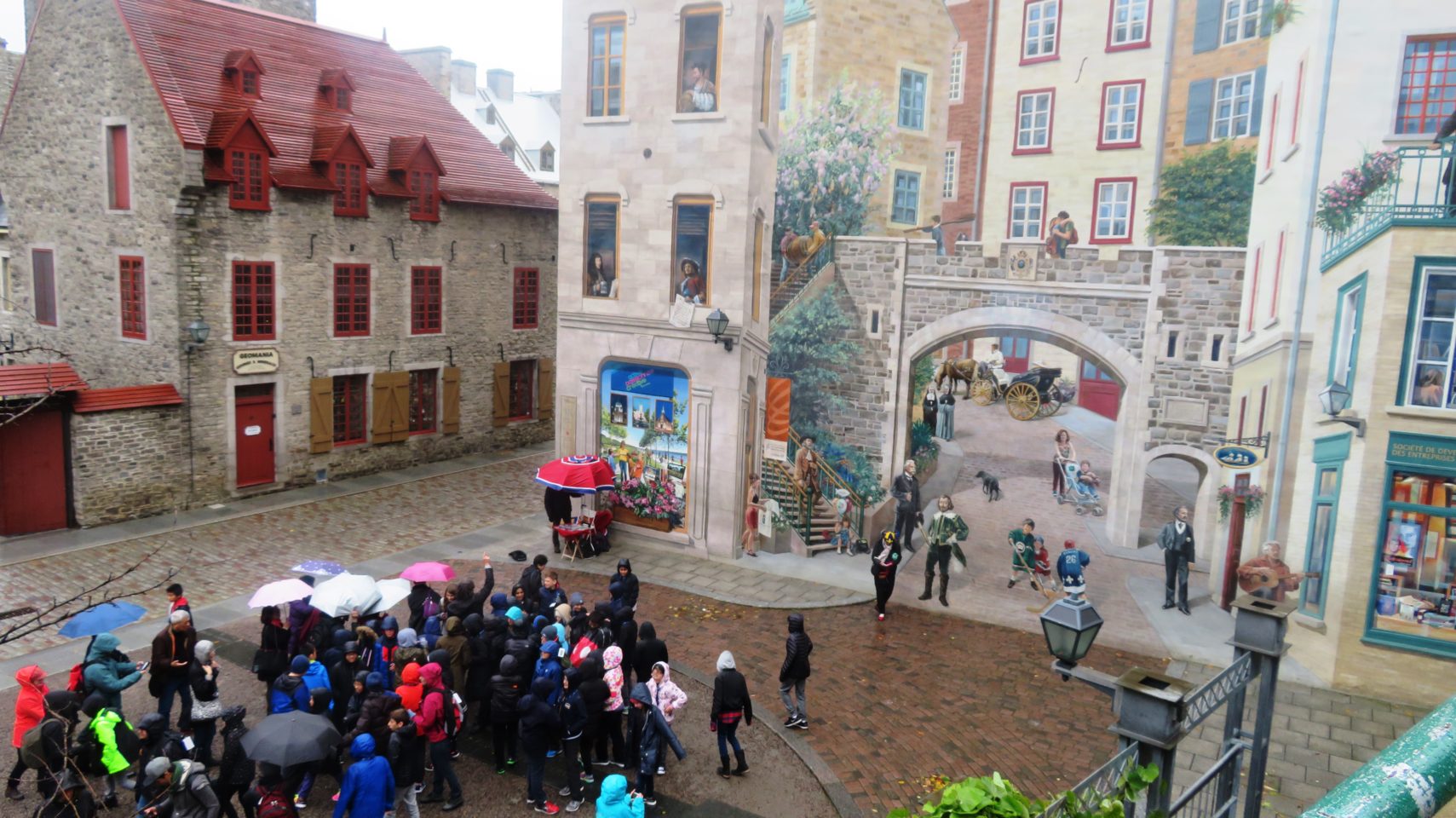 The beauty of Quebec City changes from season to season.  Recently, we were up there towards the end of autumn.  The foliage was spectacular.  So if you are one of these people who loves to head north to New York or New England to appreciate nature announcing the change in season with a bold display of fiery oranges and reds and vibrant yellows, just keep on driving right up to Québec for glorious views of foliage with a French accent. 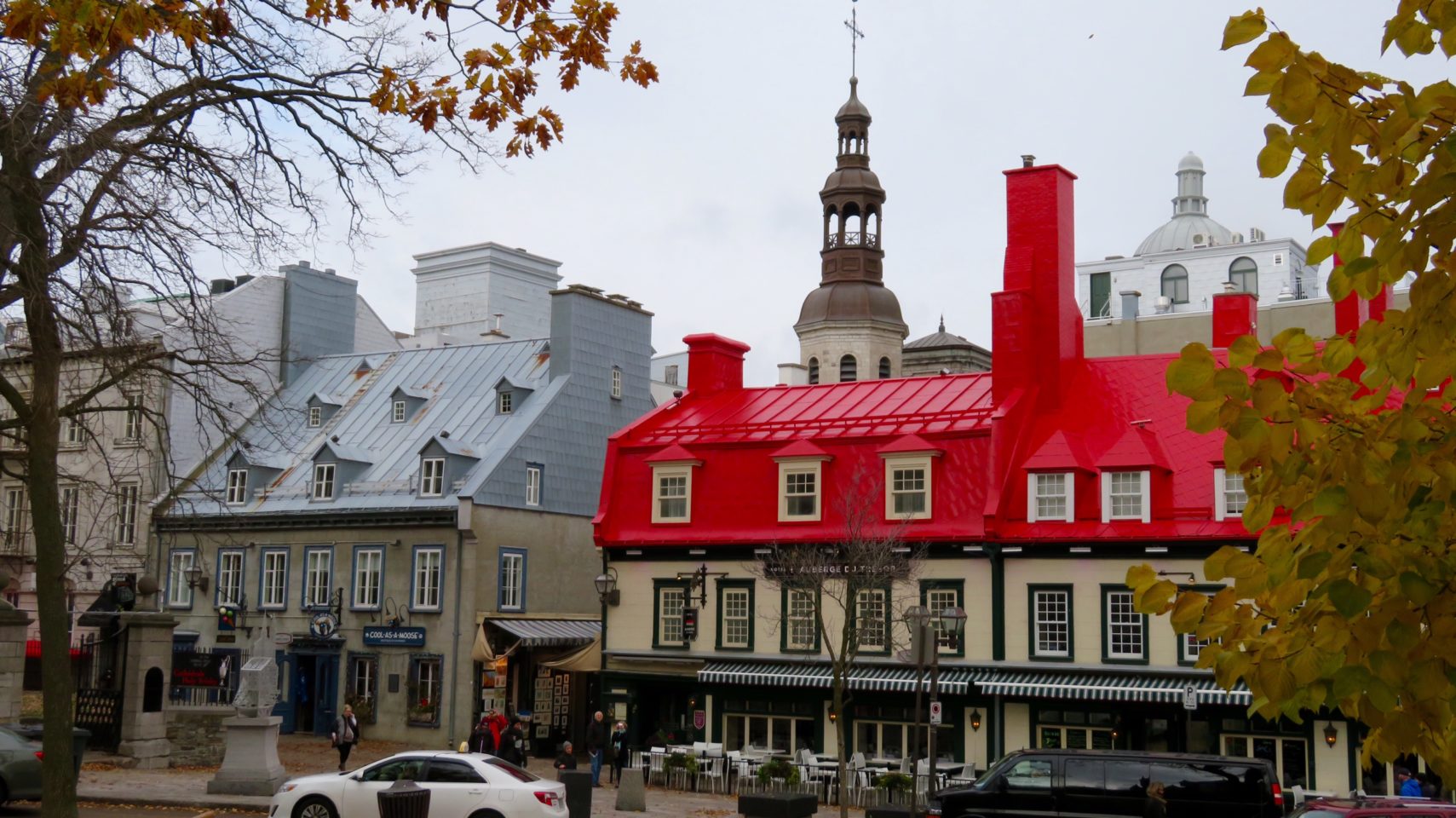 Place D’Armes in the charming old city of Quebec

As much as I enjoy the bold colors of Québec in autumn, the colorful extravaganza of the flowers in spring and the café culture of summer, my favorite season to view Québec is in the winter.  If I can go any time of year, then take me to Quebec City for a glorious snowfall.  They do it right up there.  It’s pristine, it’s heavy, and it keeps coming and coming until the city is transformed into a breathtakingly beautiful winter wonderland.  And then the next day, voilà!  The streets are cleared, the schools and businesses are open, and the weather-defiant Québecois continue to enjoy life, both outside and in!

Quebec City, truly a charming getaway and a taste of Europe on this side of the Atlantic. 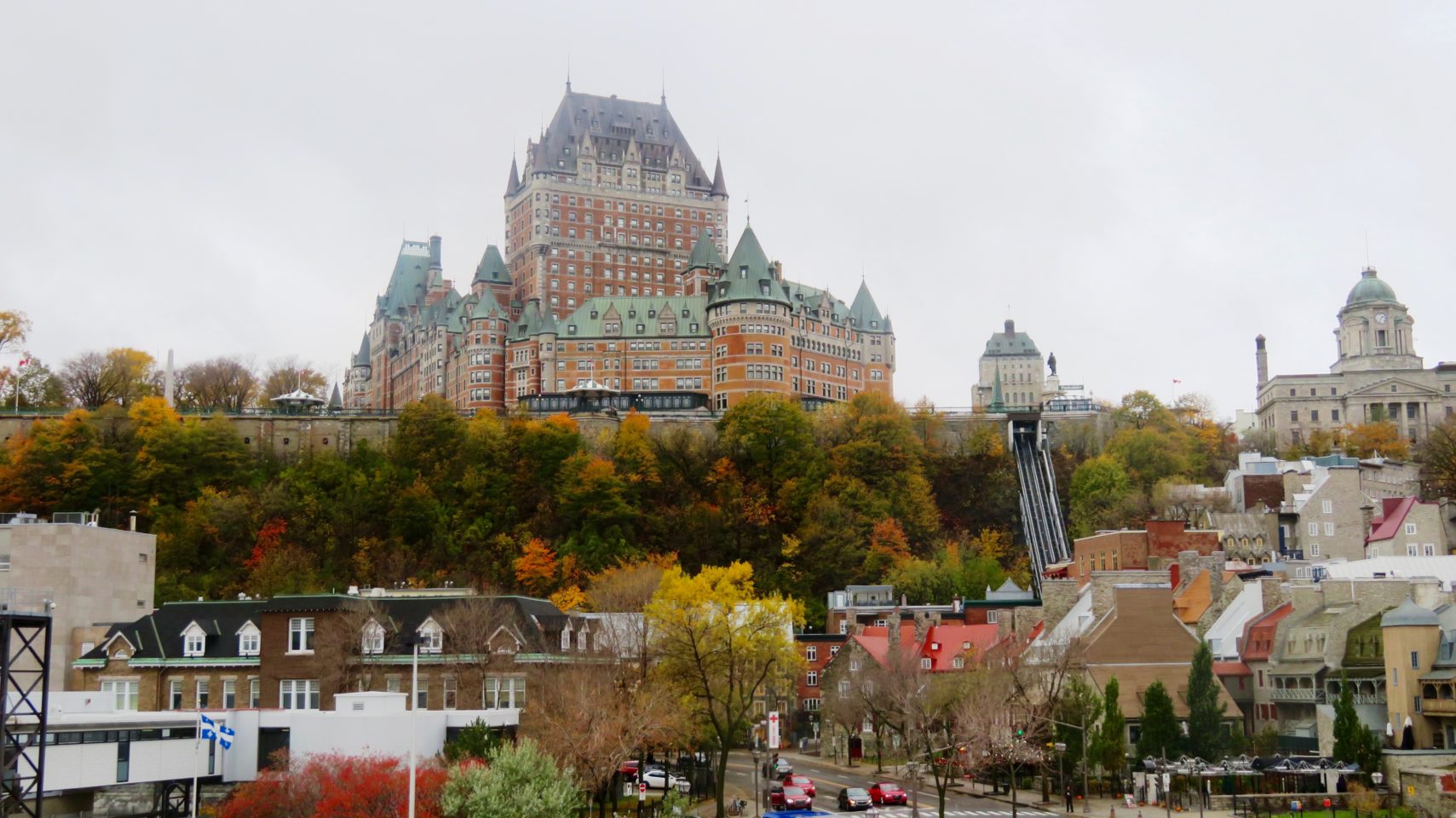