continued from Page 2 of 3

HIGHLIGHTS OF OUR PORTS OF CALL & EXCURSIONS 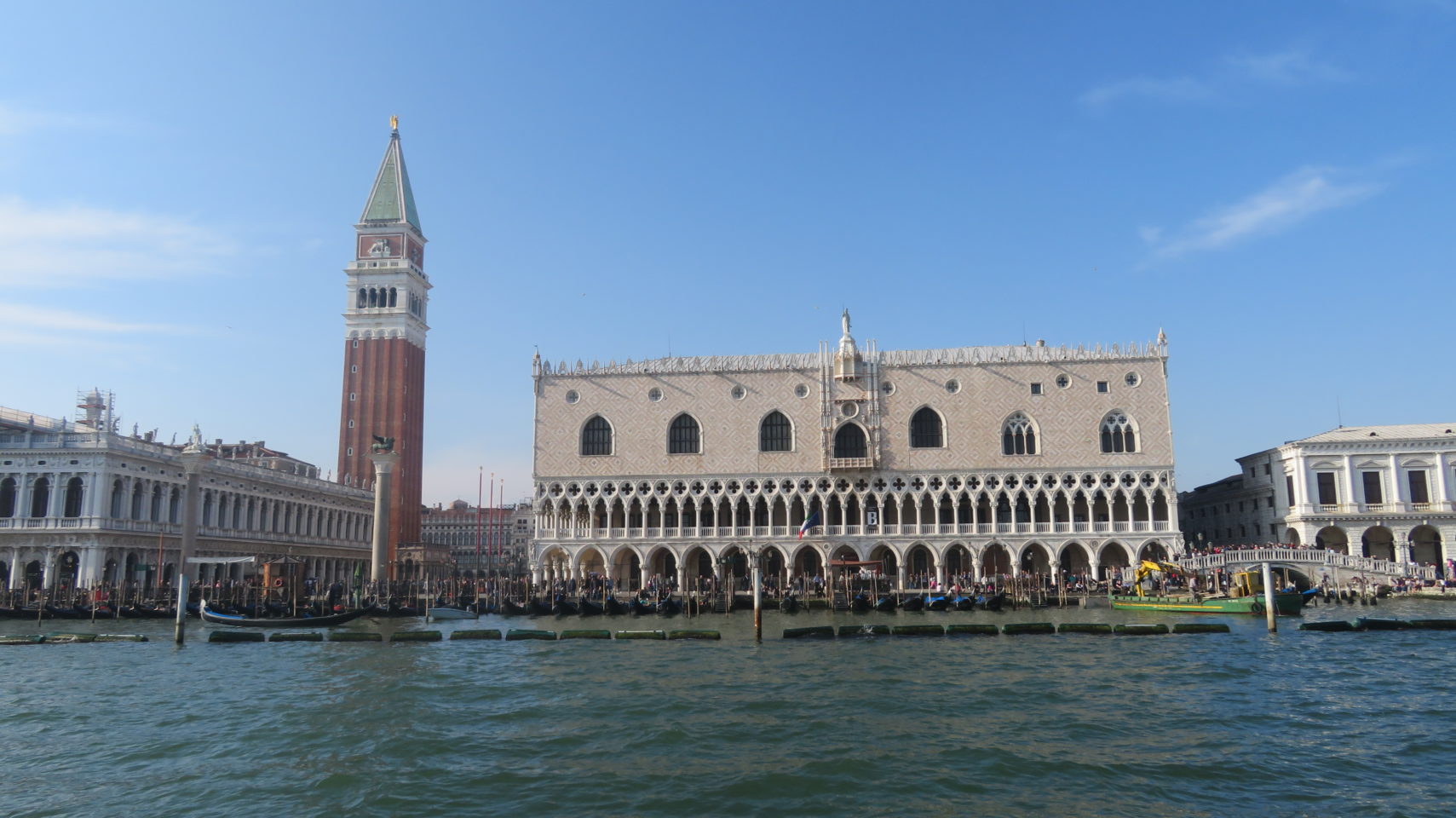 Our arrival into Venice was a thing of beauty, despite the rain outside our ship’s windows.  Narrated by one of the guest lecturers through the ship’s outstanding QuietVox audio system which we normally used for excursions, we could hear the narration throughout most of  deck 8 where the lecturer was speaking.  The history and beauty of Venice were on display for more than an hour.  It was an enthralling experience, and I suspect my fellow passengers felt the same.

That afternoon, we took a Viking privileged access tour  focusing on The Secrets of the Doge’s Palace.  But before our tour began, we took a quick detour to the renowned Caffè Florian in the heart of San Marco square for a coffee & sweet treat.  Pricey, but delicious and we were for sure in good company.

As our scheduled tour began, we descended through hidden passageways down into depths of the prison cells, and then we climbed hidden staircases up to the cells for political prisoners and spies as our guide all the while recounted stories of the villainous deeds of the prisoners incarcerated here.  The most famous, and by far the most fascinating in terms of exploits, was Casanova who was arrested for seduction in 1753.  The tour finished with a visit of the palace’s luxurious staterooms and the awesome Great Council Room.  Afterwards, we couldn’t resist returning to San Marco’s for afternoon tea & light nourishment at Café Lavena while we listened to the live musicians playing Italian music out front.  We then wondered the streets, enjoying the sunset songs of the gondolier’s and the beauty of this magical city until it was time for our dinner at Bistrot de Venise (mentioned above).

The next day, we went to Venice’s famous Mercato di Rialto, took the tour of Venice’s magnificent opera house, La Fenice, and then hopped a ferry over to Murano where we purchased some gifts.

Tip:  If you want to see the glass blower’s demonstrating their talent in Murano, be sure to arrive well before 3:30pm which is generally the time at which the demonstrations end for the day.  If you are an opera-lover, do not miss La Fenice. 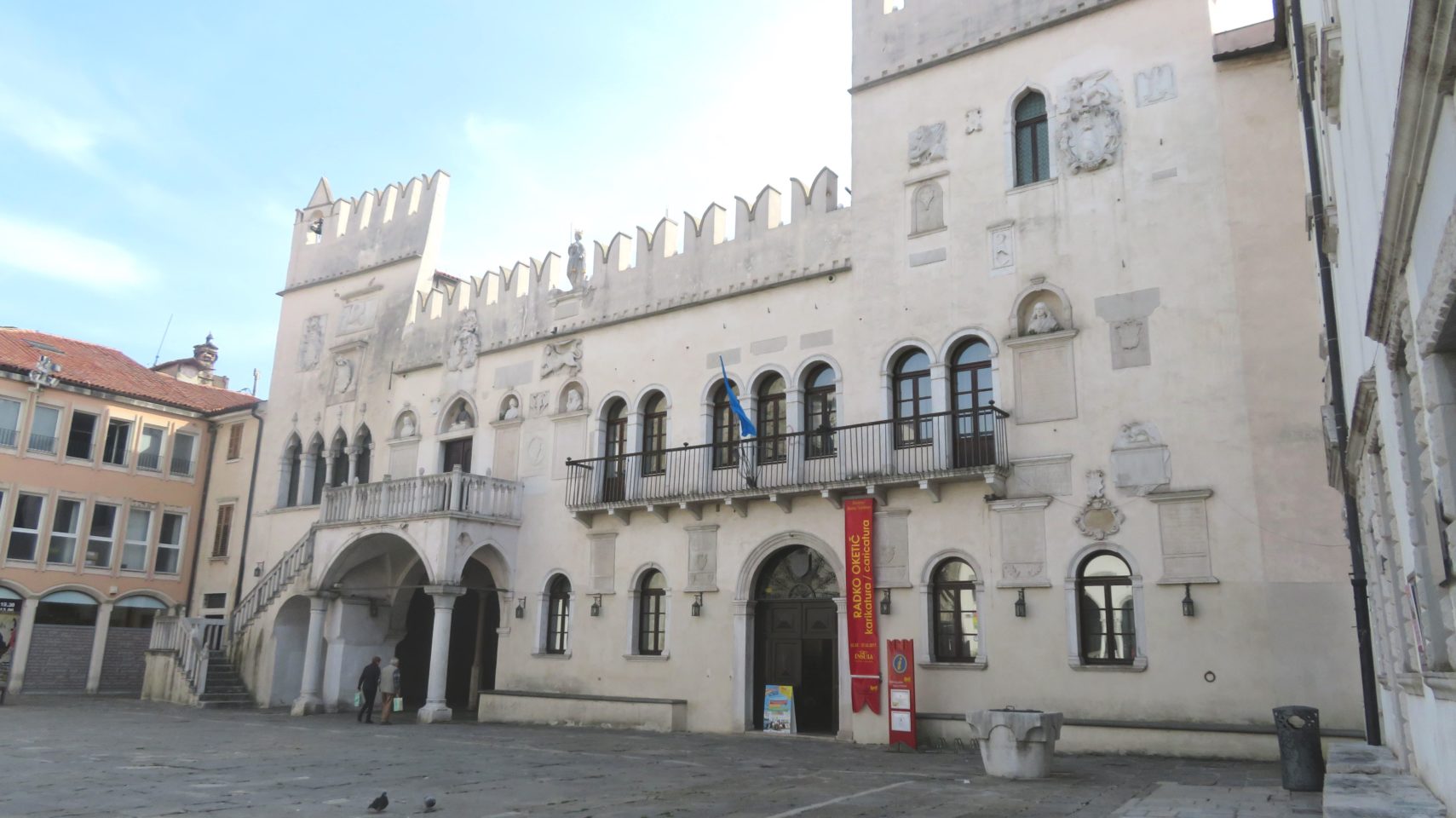 Once again, we took another Viking included tour, the Old Koper Walking Tour.   Visiting Koper is truly stepping back in time.  The history of hundreds of years of conquest by foreign rulers, from the ancient Greeks and Romans to the Byzantines and most significantly, the Venetians, weighs heavily on the town.  A part of the former Yugoslavia, Koper gained its freedom in 1991 and became the only commercial port in the independent country of Slovenia.

The beauty of this tour for me lay in the Venetian architectural influences, but what was most exceptional about the tour was the guide, Yuri Vuge.  He was fabulous.  As he described the city’s 15th-century Praetorian Palace and took us through the city’s Cathedral of the Assumption built in the 13th century, I was impressed by the depth of his knowledge and the insight he brought to his descriptions and explanations.   Both his content and his form were excellent.  Very knowledgeable and very enjoyable to listen to, he had a good sense of humor and was especially considerate of some of the less agile passengers, anticipating their needs.  He also organized great photo stops.  Not too surprisingly, I found out later that Yuri has a doctorate in art history.  How awesome it was to have a guide of this caliber. 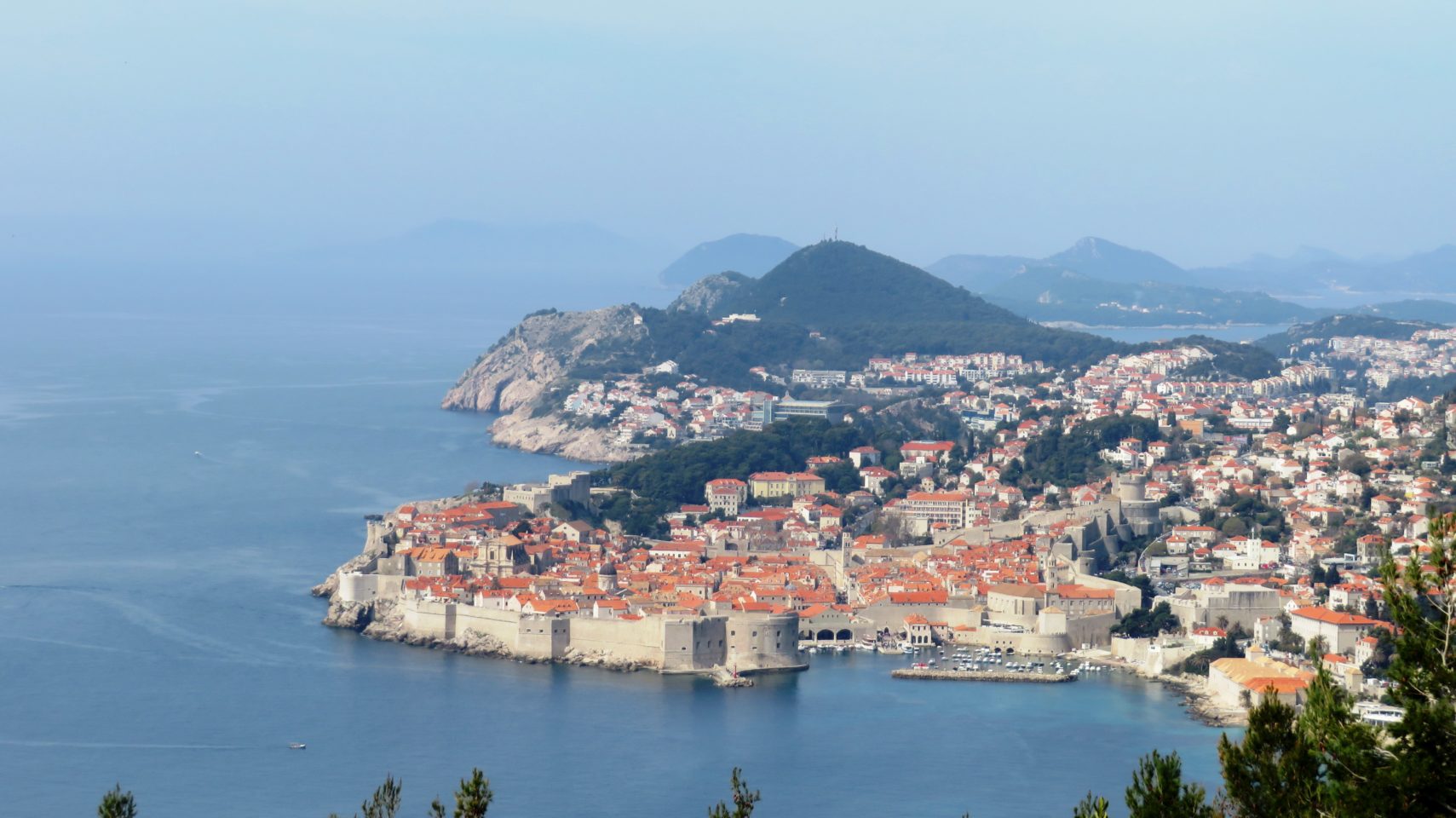 I had heard wondrous things about this city.  As one of the world’s best preserved medieval cities, it did not disappoint.  Our tour was aptly titled A Tour Through Paradise on Earth, the title of which derives from George Bernard Shaw.   The tour started with a panoramic drive to a vista where the red tile roofs stood out in contrast to the beautiful blues of the Mediterranean.  Then we descended to the Pile Gate where we entered the Old Town on foot, toured the Dominican Monastery, and passed by many well-preserved Medieval structures, including the 16th century Sponza Palace featured in the popular HBO series, Game of Thrones.

With the sun shining gloriously, we stayed in the Market Square for an outdoor lunch at Kamenice, famous for its oysters.  As I mentioned above when describing a day trip through the countryside of Dubrovnik, we visited this city during the height of their oyster season.  Naturally, we ordered the fresh oysters washed down with a light local white wine and then we enjoyed the Italian legacy of pasta and risotto.  My black ink seafood risotto was heaven and so was enjoying the entire meal outside in the Dubrovnik sunshine surrounded by Medieval splendor. 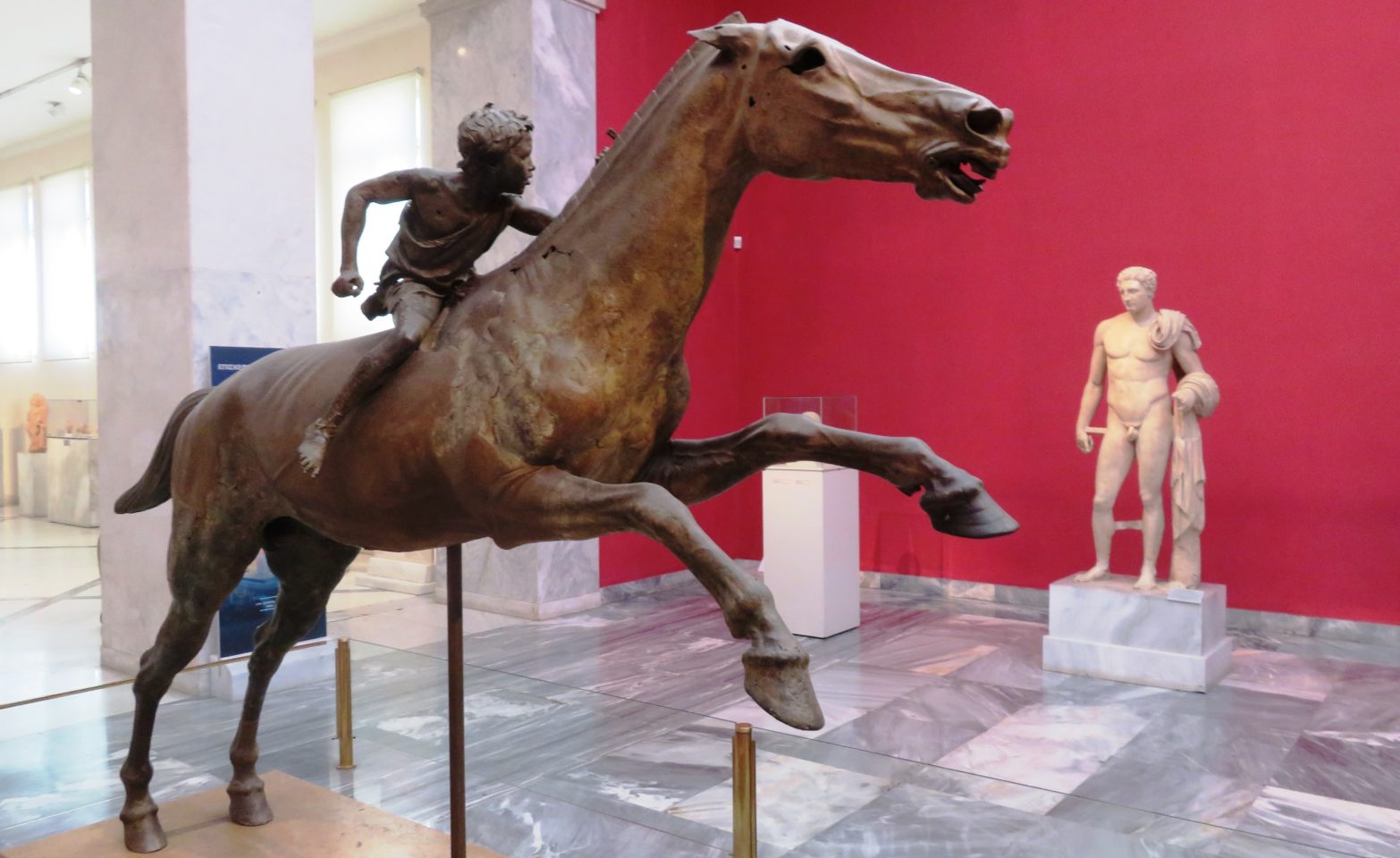 The perfect port for a perfect ending to our cruise … we took the included tour of Panoramic Athens because it covered features of Athens we had not seen in previous visits.  Our guide had the winning combo of being very well informed with a great sense of humor as she proudly showed us her city.  From the Temple of Zeus to the Panathenaic Stadium to the Acropolis, does classical antiquity blend so comfortably with modernity anywhere else in the world as it does in Athens?   This tour included the National Archaeological Museum which is certainly one of the world’s great museums and worth a full day’s visit … so we have a good reason to return.

Our tour finished at the Plaka, and from there we headed up to Strofi Taverna where we had a reservation for lunch.  Imagine this ending … one of Athens’ most desirable restaurants, in one of the city’s most historic locations with a splendid panoramic view of the Acropolis.  Delicious Greek mezze, fresh seafood impeccably prepared, a bottle of the one of the region’s best dry white wines, and a view to die for. 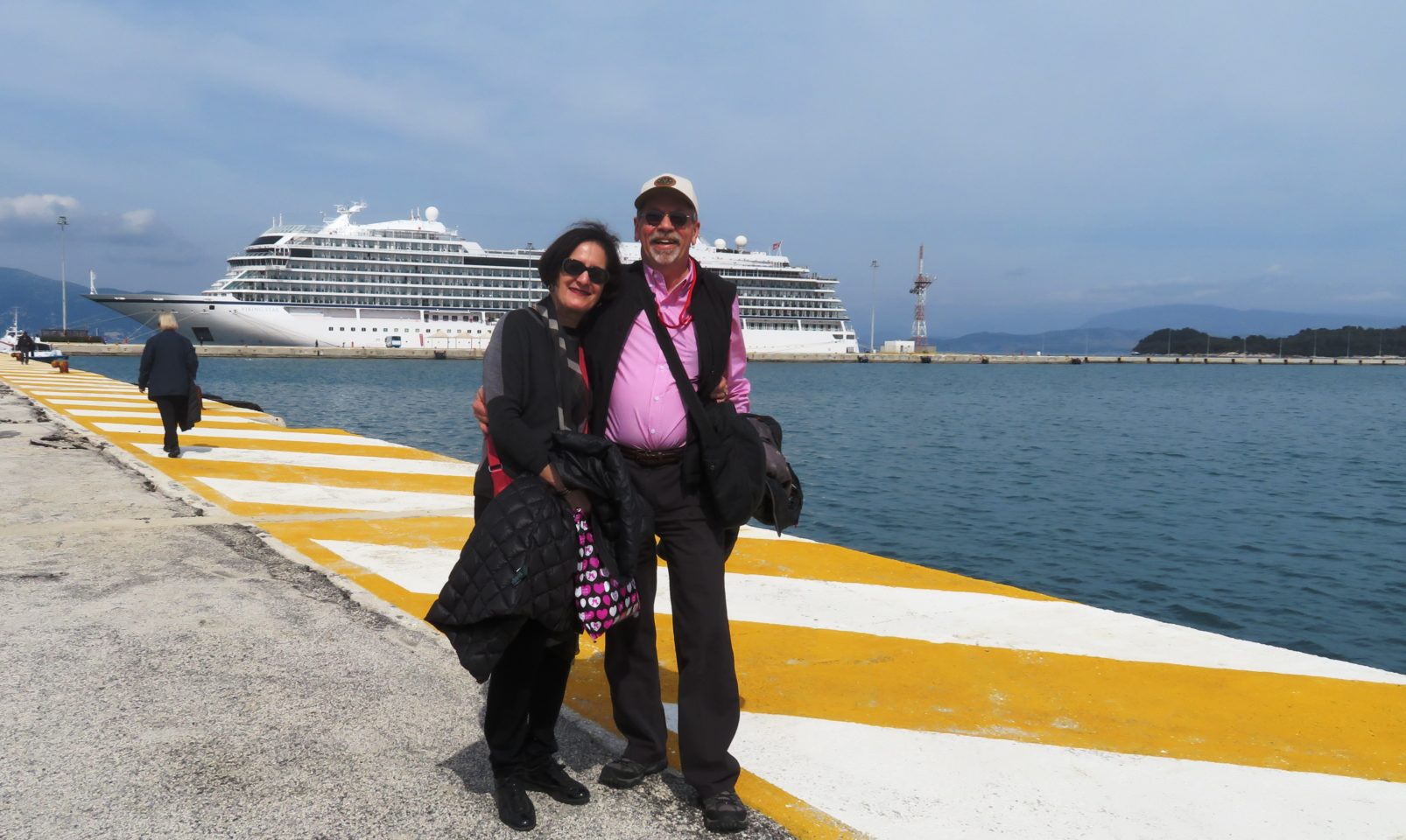 From the western Mediterranean to the Adriatic Sea onto the Ionian Sea and finally to the Aegean Sea, this Viking Ocean cruise was a beautifully orchestrated seamless journey.  From the choice of ports, the length of each stay in port and the wide variety of excursions to the policy of an “included tour” in each port, the flexibility of combining group touring with going off on our own and the superb management oversight, I can only conclude that Viking does it right.