I cannot help but wonder what two famous actresses, Helen Mirren from Britain or Meryl Streep from the U.S., would say if they were asked about Salento. Both have purchased homes in the region, as have other world notables. Why have they fallen in love with this southeastern corner of Italy?

When I was recently invited to spend a few days in Salento, I was not sure of its exact location and had to look at a map of Italy to help me position it. If you can think of the shape of Italy as a boot, then Salento would be the heel, the southern and easternmost region of Italy, a narrow peninsula dividing the Ionian Sea from the Adriatic Sea. The Salento region represents the southern portion of the Puglia administrative region of Italy. 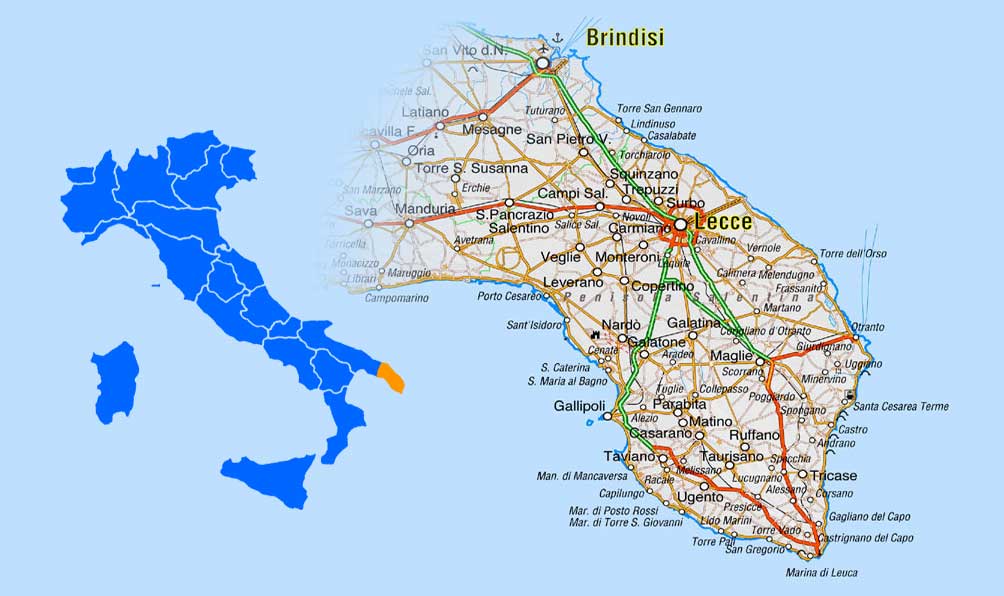 Focusing geographically, the Strait of Otranto separates Salento from Albania, which is less than 45 miles away at its narrowest point from Salento.  Moreover, Corfu and Greece, which are below Albania, are closer to Salento than Rome is.   As a consequence of this geographical proximity, the history of Salento is as old as the history of Greece. As the Spartans colonized the Salento peninsula ages ago,  the local Salento dialect still spoken today derives from ancient Greek and is called “Griko”. And as the most eastern land of Western Europe, Salento was most interestingly at the crossroads of all the back and forth between East and West of the past two thousand years. The Romans, the Ottomans, the Venetians, the Austrians, even the Normans, conquered the area at one time or another and left their mark on the region. Impressive! Crusaders left Europe for the Holy Land from Otranto.  And just as Serbia stopped the Turks from invading the mainland of Western Europe from the east, less renowned than Rome but mighty nevertheless, Salento stopped them from marching into Rome in the fifteenth century. 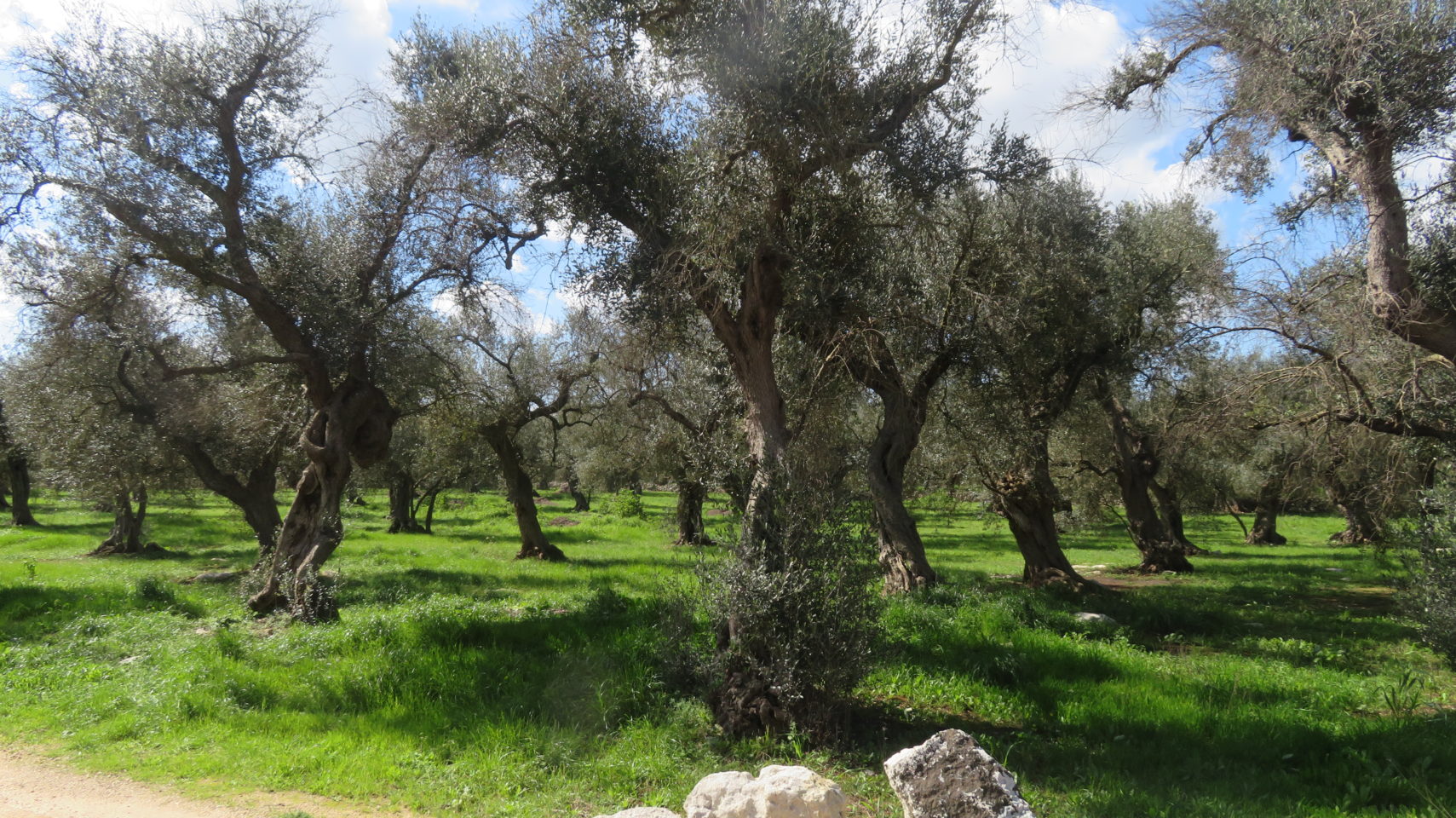 Salento is accessible by air by flying into Brindisi, a city on the Adriatic Sea coast at the northern edge of the Salento region. The Brindisi Airport hosts regular flights to and from Rome, Milan, London, Frankfurt and other European hubs. After the arrival of my flight from Rome, a transfer van drove me from Brindisi into the heart of the Salento region, the province of Lecce, to a small town called Minervino di Lecce. 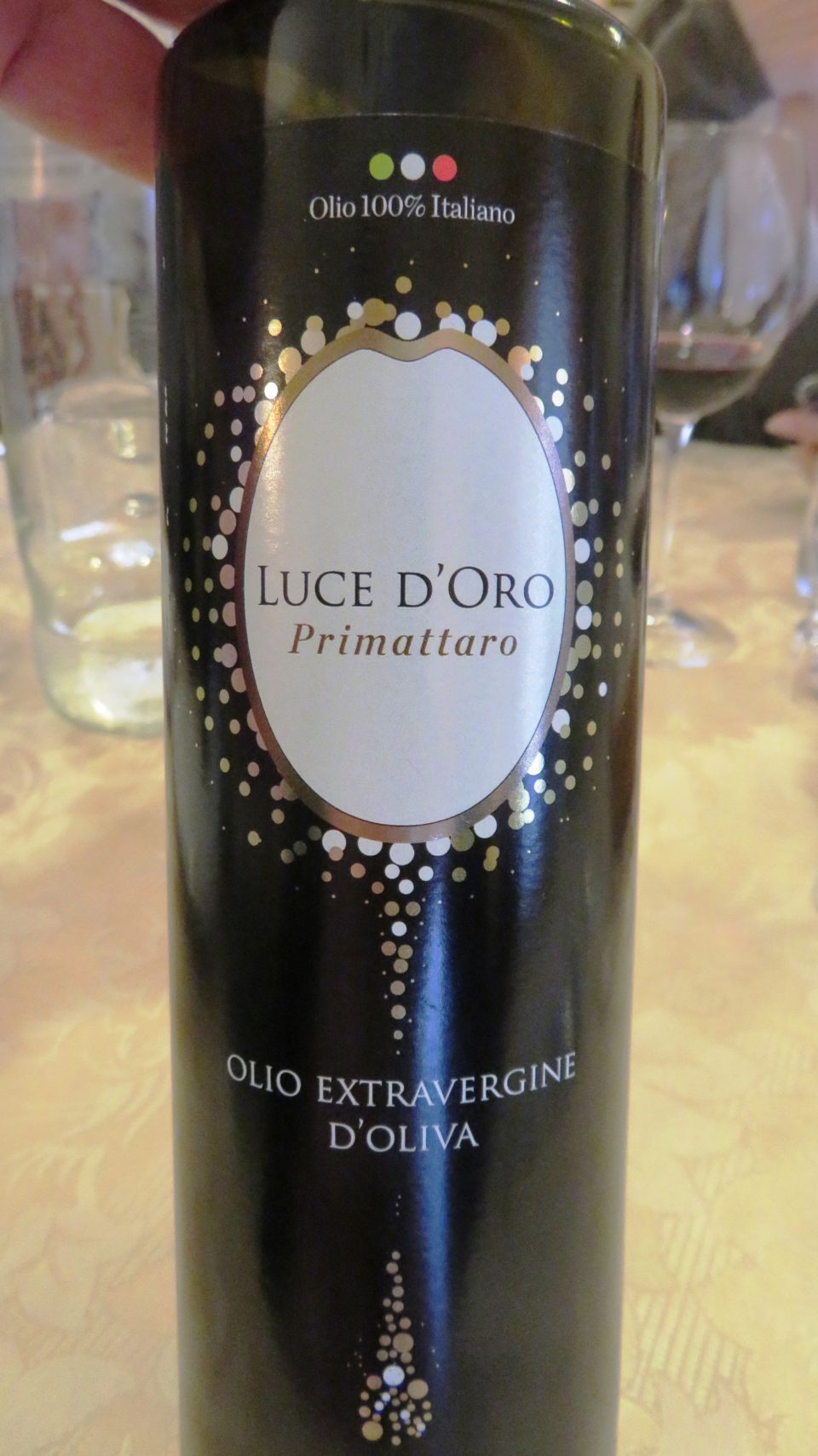 During the one-hour drive through the relatively flat and rural Salento countryside, I was struck by the amazing number of olive tree groves on either side of the road as far as my eyes could see.  It seemed that wherever there was a small or a large patch of bare land, it was covered with olive trees. A local official later told me that there were sixty million olive trees in Puglia which accounted for approximately 60% of all the olive oil production in Italy, and I have no problem believing this to be true. After driving around Salento for a few days, I even guess that most of those sixty million trees are on the flatlands of the Salento peninsula!  Half a million of these olive trees are over 100 years old, while many of the others are more than a thousand years old.   Welcome to the historically fascinating region of Salento. 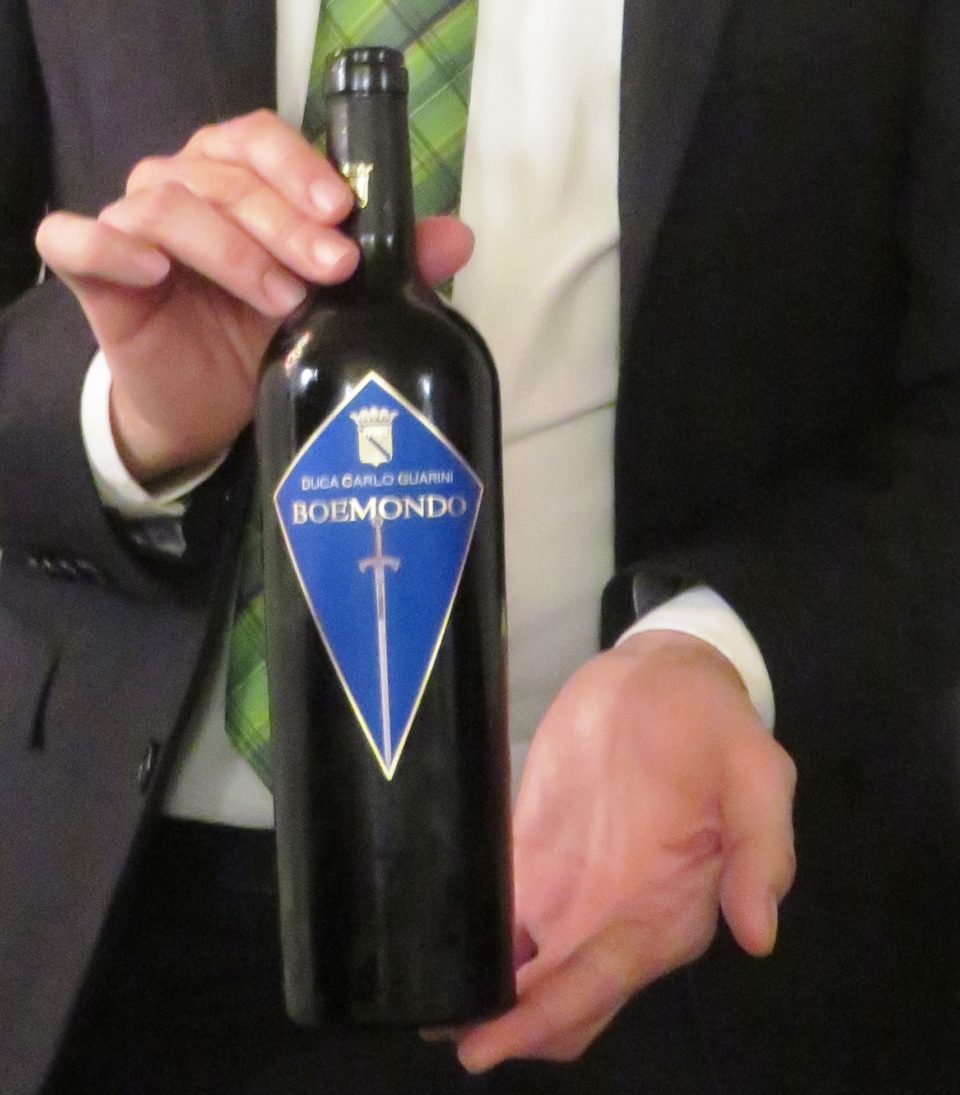 I was also to discover that the Puglia region, in addition to being the leading Italian region in olive oil production, also produces more red wine than any other region of Italy. I had the opportunity to taste wine from two of the main local grape varieties, the Primitivo and the NegroAmaro. The Primitivo grape is one of the oldest grape varieties of Italy and the NegroAmaro one of its best. Apparently this superb quality is due to the fertility of the land in conjunction with the hot climate of the narrow peninsula being cooled by the breezes of the surrounding seas. I was fortunate to enjoy these wines at dinner right after my arrival at the charming five-star Palazzo Ducale Venturi Hotel in Minervino di Lecce. 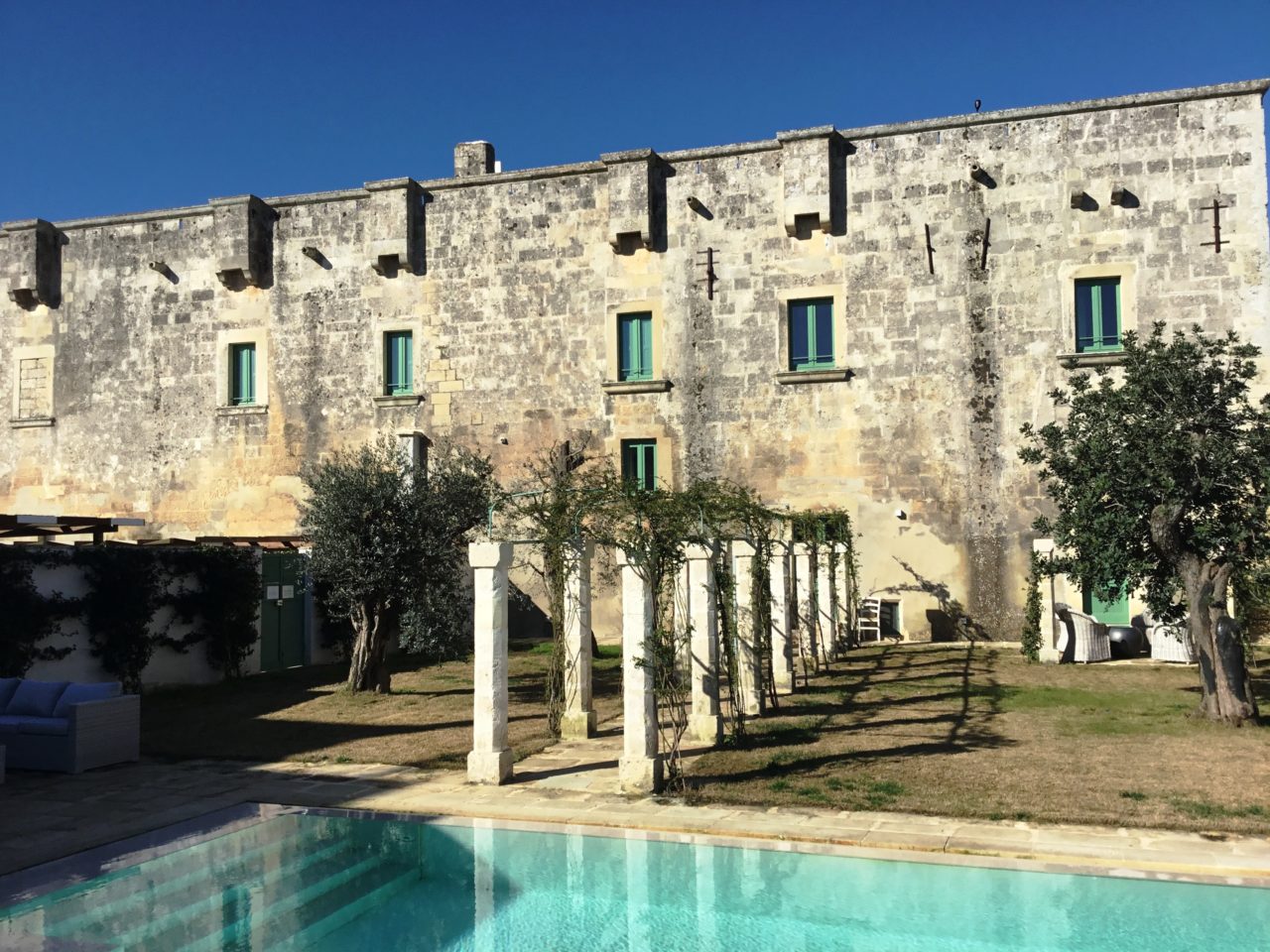 This was my introduction to the agricultural bounty of the Salento region. The people of Salento take very seriously the “farm to table” concept, perhaps more so than anyone I know. For example, when I visited Panificio Caroppo, the local bakery in Minervino di Lecce, I learned that the baker, in a space right behind the bakery, milled his own flour. As if that was not impressive enough, I found out that he actually grows the wheat to feed his mill in a field on the edge of town! So when you buy a loaf of bread from Caroppo, you can actually point to the field where the wheat was grown for that loaf.  Definitely a serious “farm-to-table” focus! 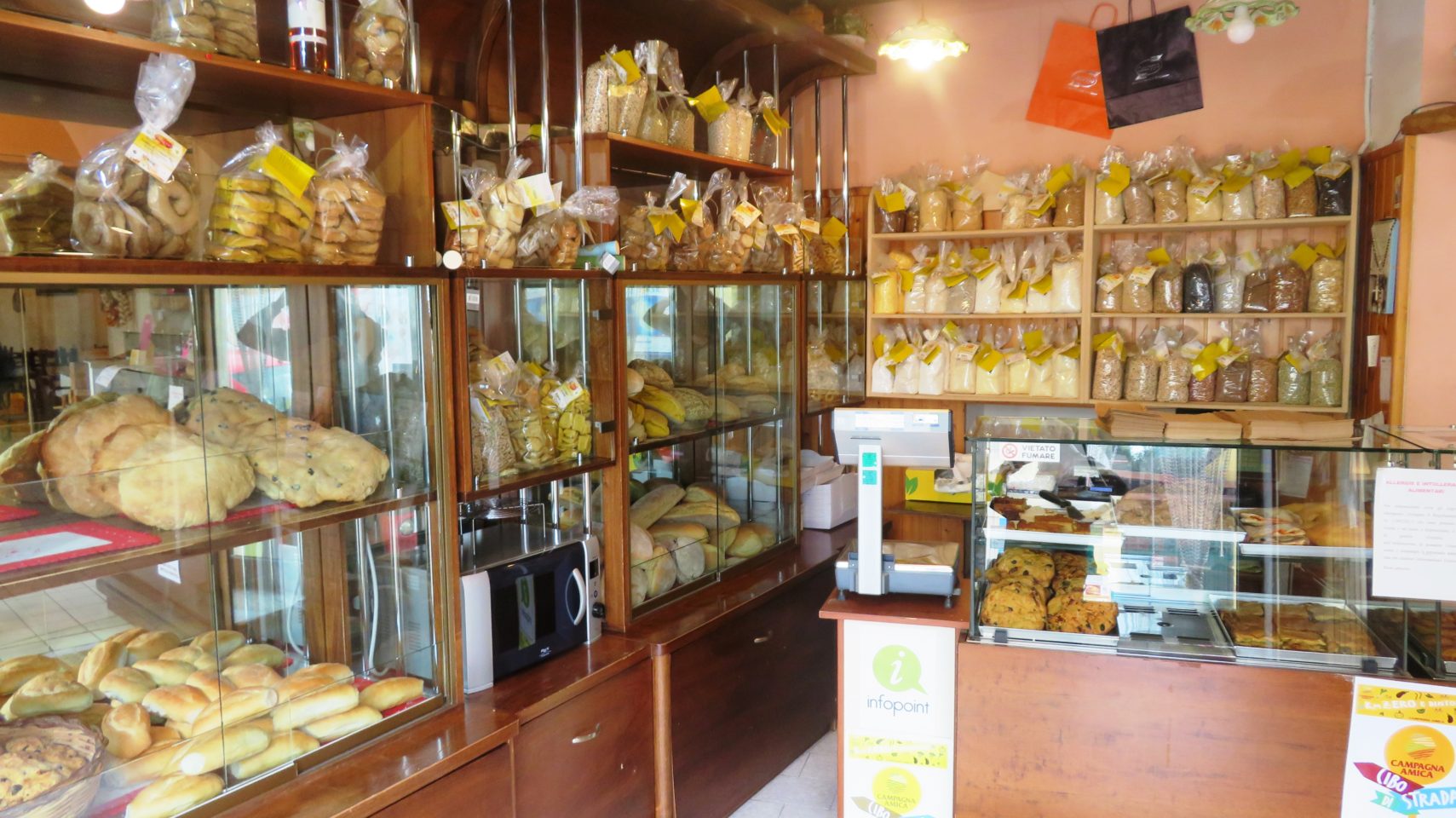 Pasticiotto is a world-famous delicacy which originates from Galatina, a small and charming town in Salento.  The story is that back in 1745, a chef by the name of Andrea Ascalone created and named the small baked custard-filled pastry which is now savored by many around the world.  His descendants now operate the Pasticceria Andrea Ascalone in the middle of Galatina, a shop which I tried to visit while in Salento. My heart sank when I saw the closed shutters and I made the vow to get back to Galatina some day … and check in advance the opening hours for Pasticceria Andrea Ascalone!

Fortunately, pasticiotto is widely available and I was able to enjoy it every day with my morning cappuccino. 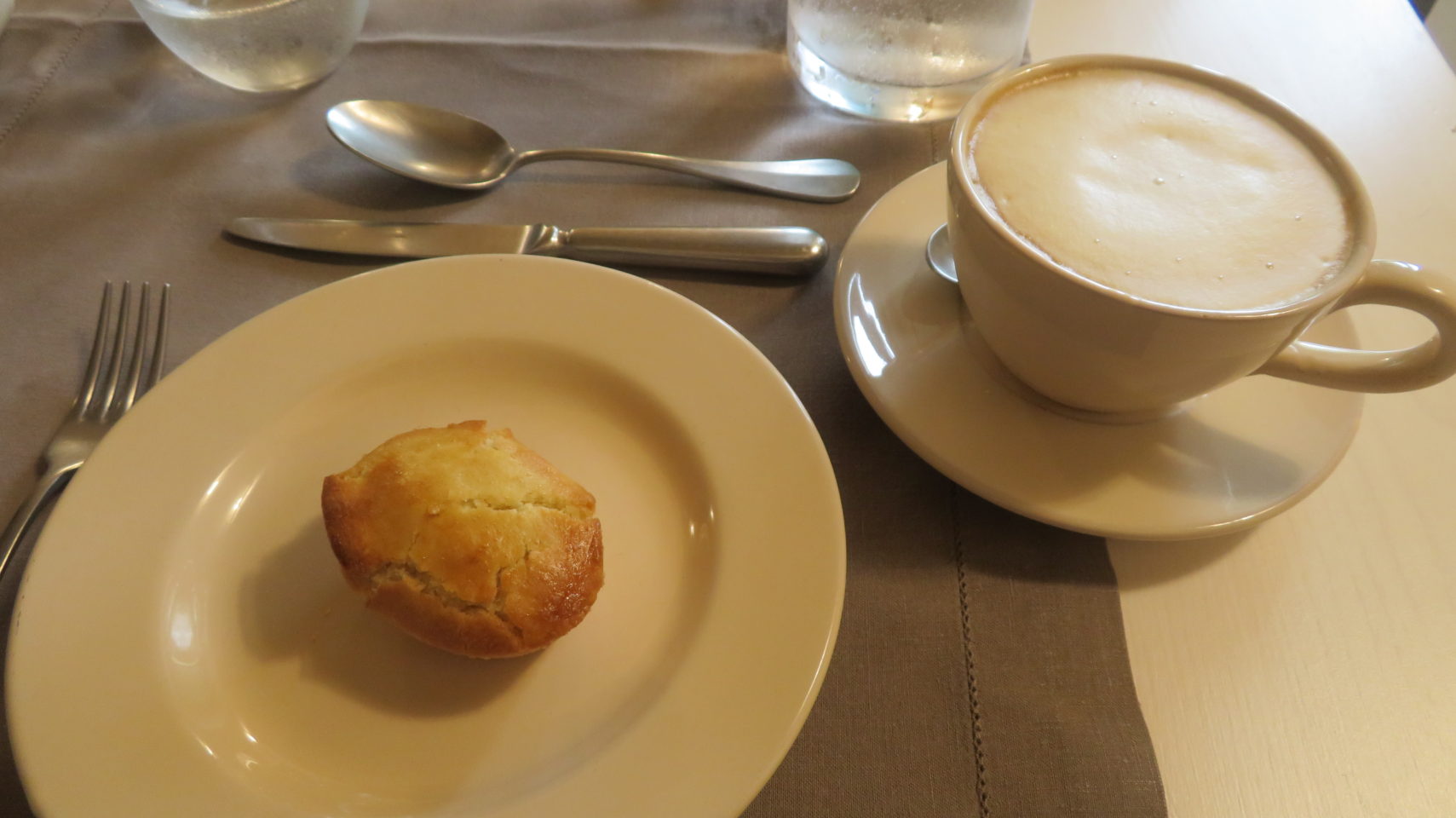 Cappuccino with pasticiotto, the world-famous baked custard-filled pastry invented in Galatina near Lecce ~ The Provincial Charms of Salento

March 19th, the day of Saint Joseph in the Catholic religion, is a very important day indeed in Salento as it is in other parts of the world. A very special historical tradition is still being followed on that day, the tradition of the Tables of Saint Joseph known locally as “Tavole di San Giuseppe”.

Churches as well as individual donors set up tables on that day full of food offerings for Saint Joseph as well as for each of the twelve apostles. And most of the offerings follow a tradition established centuries ago. The bread offering, for example, is a magnificent and gigantic bread baked only for that day called Pane di San Giuseppe (Bread of Saint Joseph).

Also prepared for that day and following an ancient ritual is a special pasta known as Massa di San Giuseppe consisting of spaghetti pasta mixed with chick peas and topped with bread crumbs and lemon. In addition, a multiplicity of other dishes derived from the harvest of the area are traditionally offered.  These usually include Primitivo wine, olive oil, chick peas, wild onions, cod fish, orange, honey, fennel, broccoli, and whatever else is available except cheese or meat since March 19th falls during Lent. 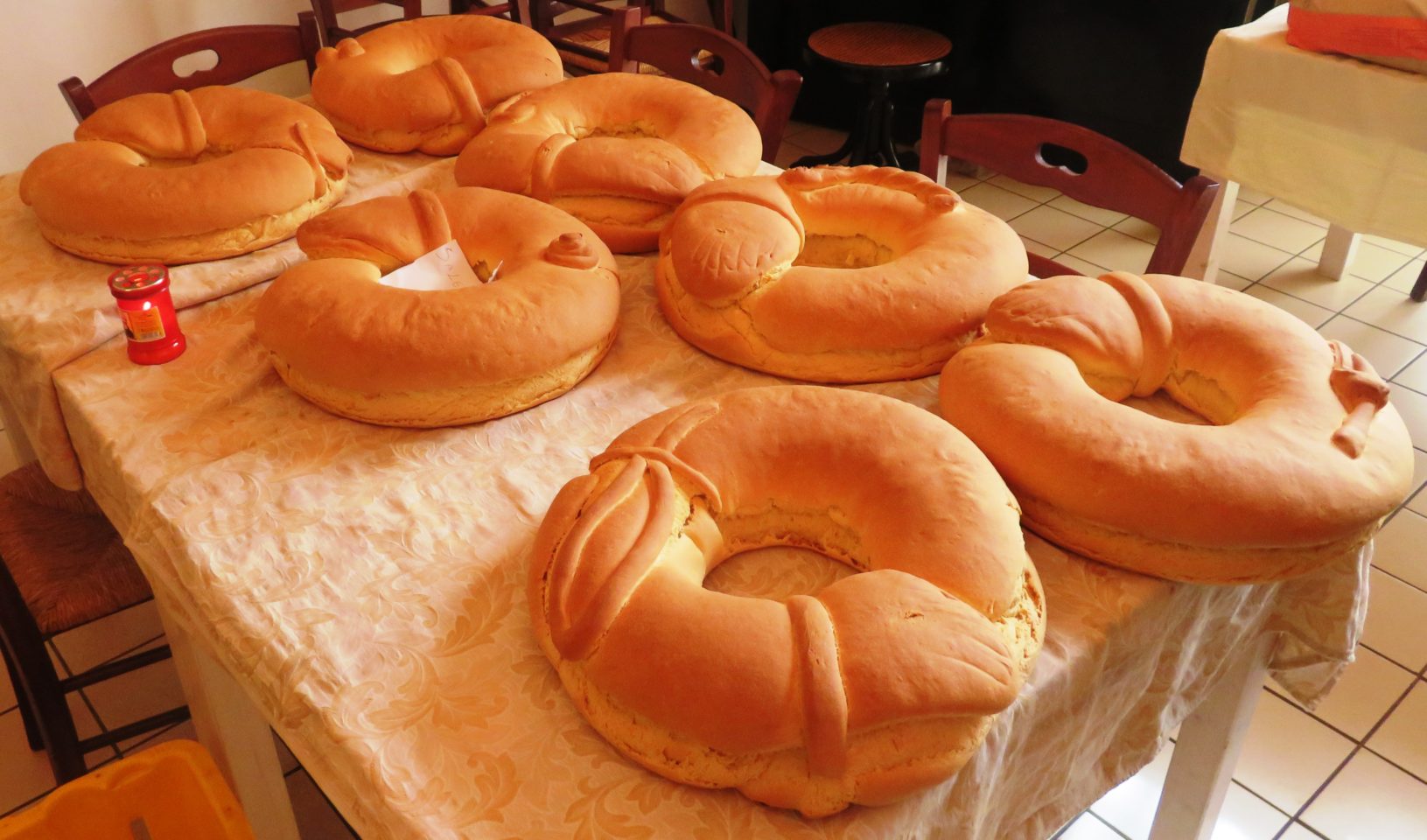 Needless to say, the meals which I had in Salento were nothing short of succulent, brimming with fresh local ingredients and rich in flavor.  They account for some of my best memories of the area. Moreover, some of my most memorable meals were at very reasonably priced restaurants, such as Ristorante L’Aura in Cocumola and the restaurant at the Palazzo Ducale Venturi hotel where I was staying. 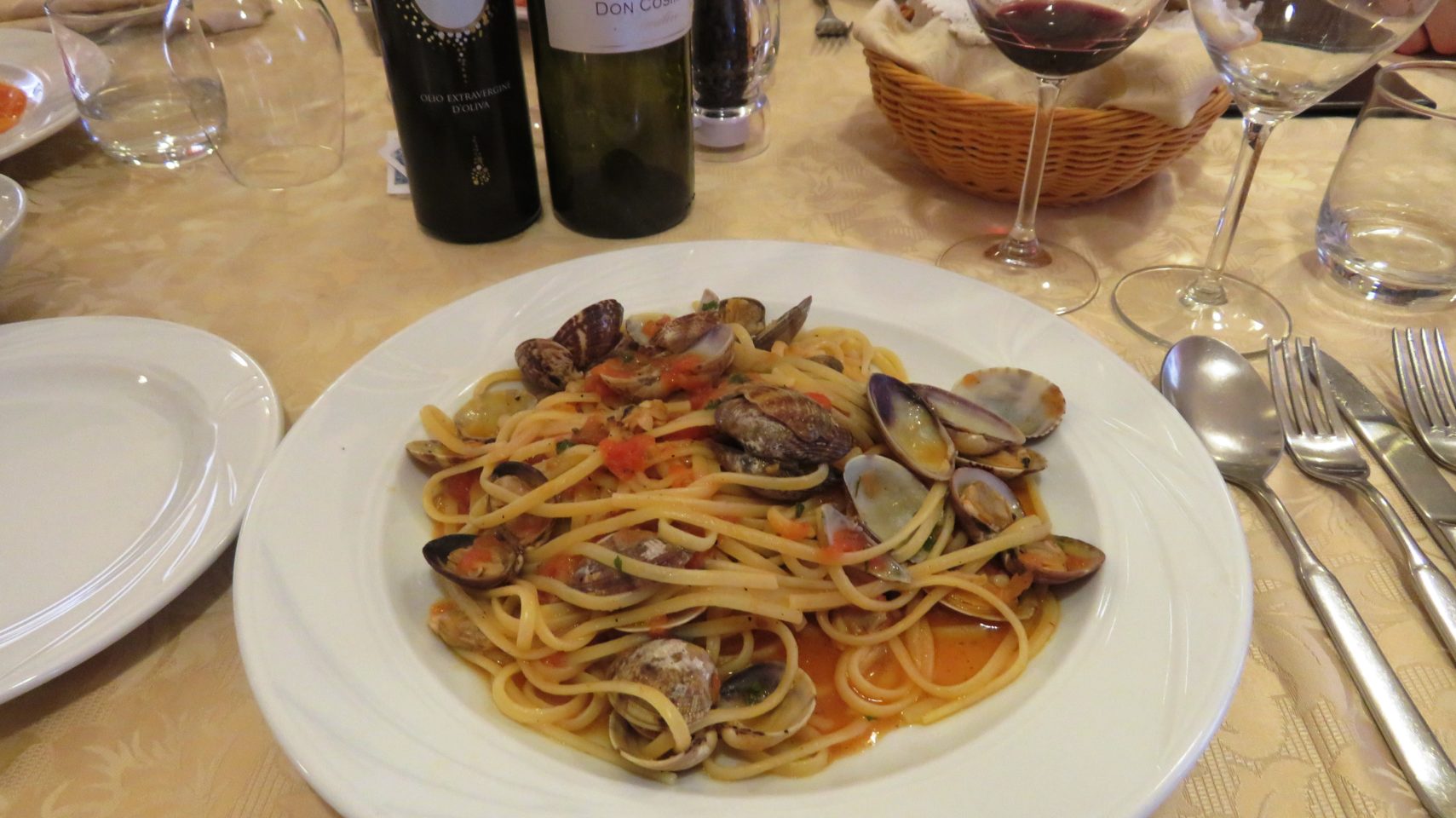 In between meals, I had the chance to tour the area and visit some of the very ancient and historic towns of Salento. Lecce is the main town of the area, affectionately nicknamed centuries ago the “Florence of the South” because of its extensive Baroque buildings, many of which still stand in the old part of town.

Lecce is also known as the Italian home of cartapesta (paper mache), a craft which originated in Lecce centuries ago and is thought to have come from the East. 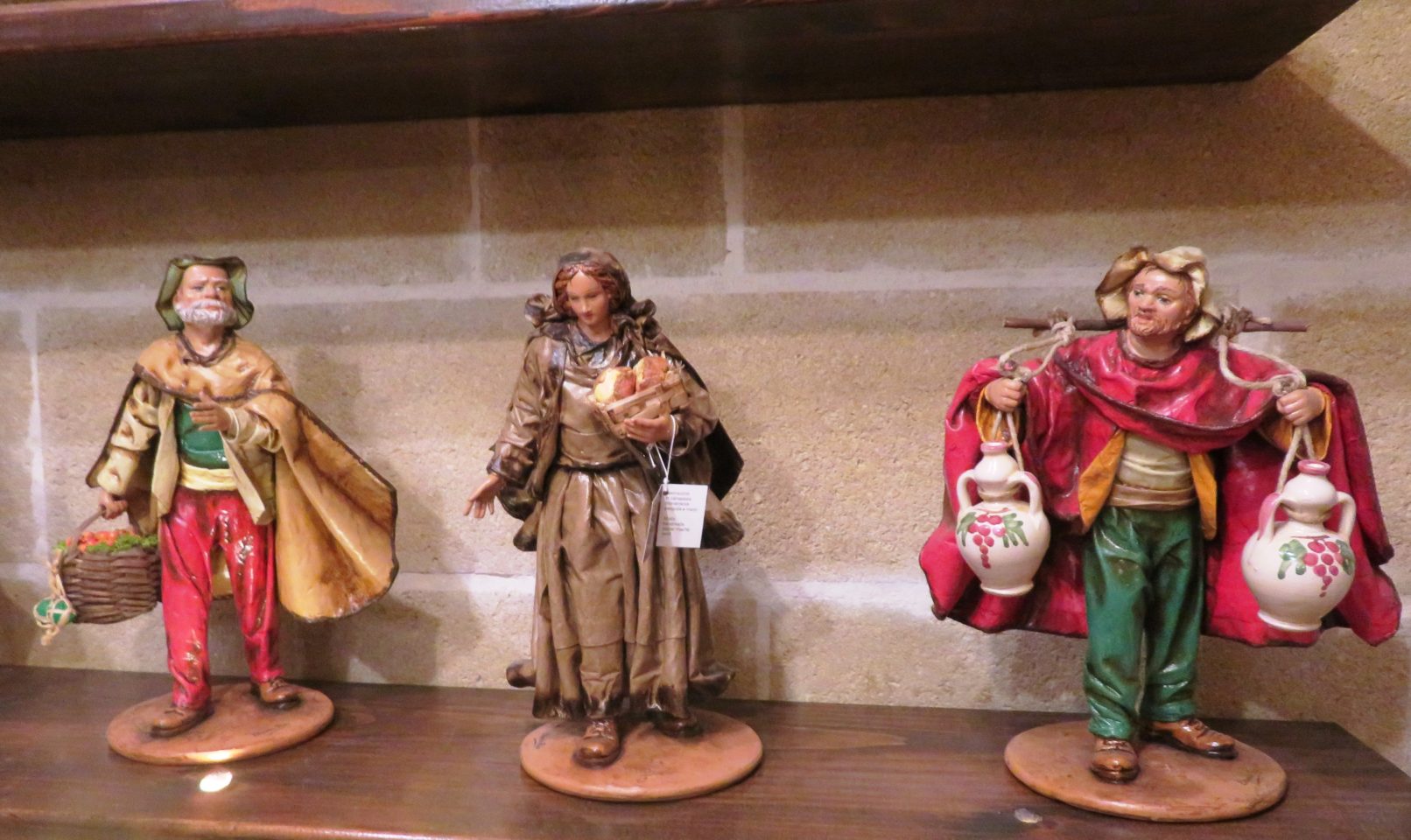 Cartapesta or Paper Mache, a unique craft of Lecce ~ The Provincial Charms of Salento

Every visitor to Salento should take the time to walk thru the old town of Lecce, visit the Duomo at its core, check out the old Roman arena near Piazza Sant-Oronzo, and taste a Caffe Leccese (espresso coffee with almond milk) at a nearby caffè. 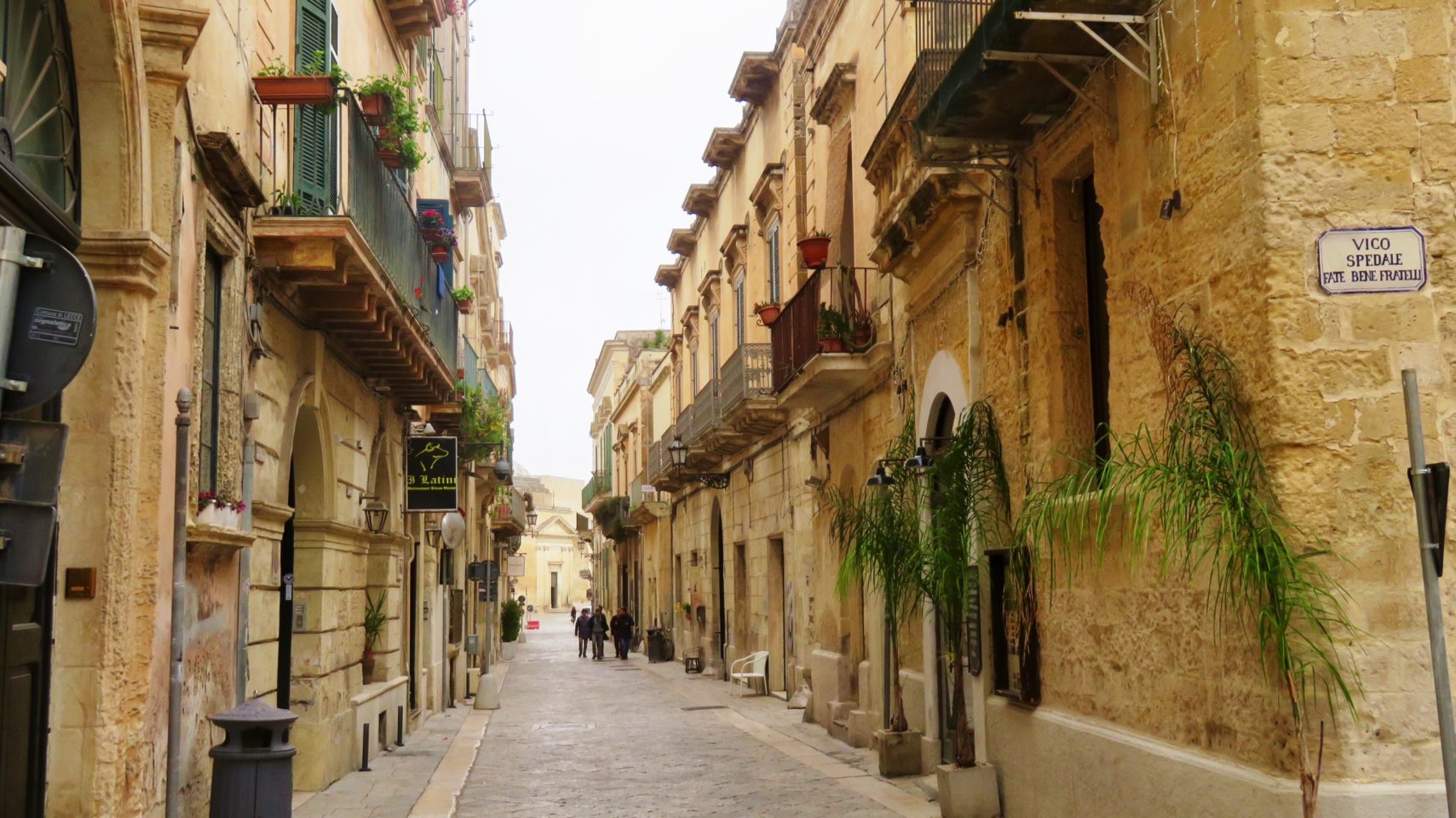 Another historic town in Salento which should not be ignored is Otranto, the easternmost city in Italy which dates back to Greek times. It was a moment of deep thought for me as I stood near the Monument to the Heroes and Martyrs of 1480 facing the sea in Otranto. 1480 is when the Turks, who had set out to invade Italy and conquer Rome, pillaged the town, massacred 12,000 people, enslaved the rest except for about 800 men whom they beheaded after they refused to convert to Islam and converted the Otranto Cathedral into a mosque. Otranto was liberated the following year, but another Ottoman invasion led by the famous Barbarossa, the same fellow who would later lay siege to Nice (see our article “Barberousse and the Woman who saved Nice” ) briefly conquered Otranto again in 1537. 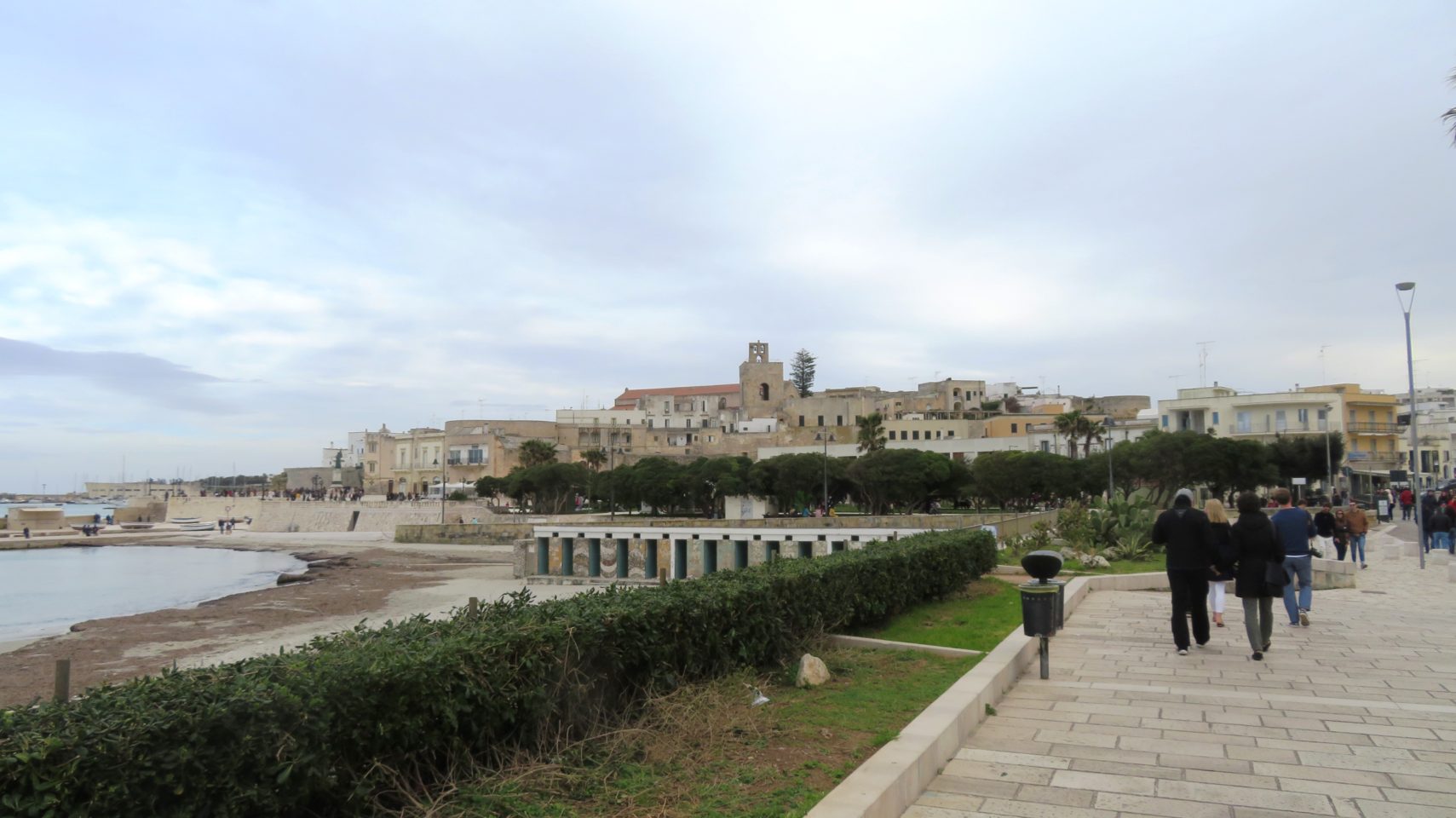 During my four days in the Salento region, I experienced a variety of Salento’s attractions and culinary pleasures, and I learned a lot about its historical and cultural traditions.  I have no doubt that there is much more to experience and enjoy in Salento and I can’t wait to go back and discover more of its charms.  And maybe, if the fates allow, I’ll get a a chance to see Helen Mirren, one of my favorite actresses, up close and personal! 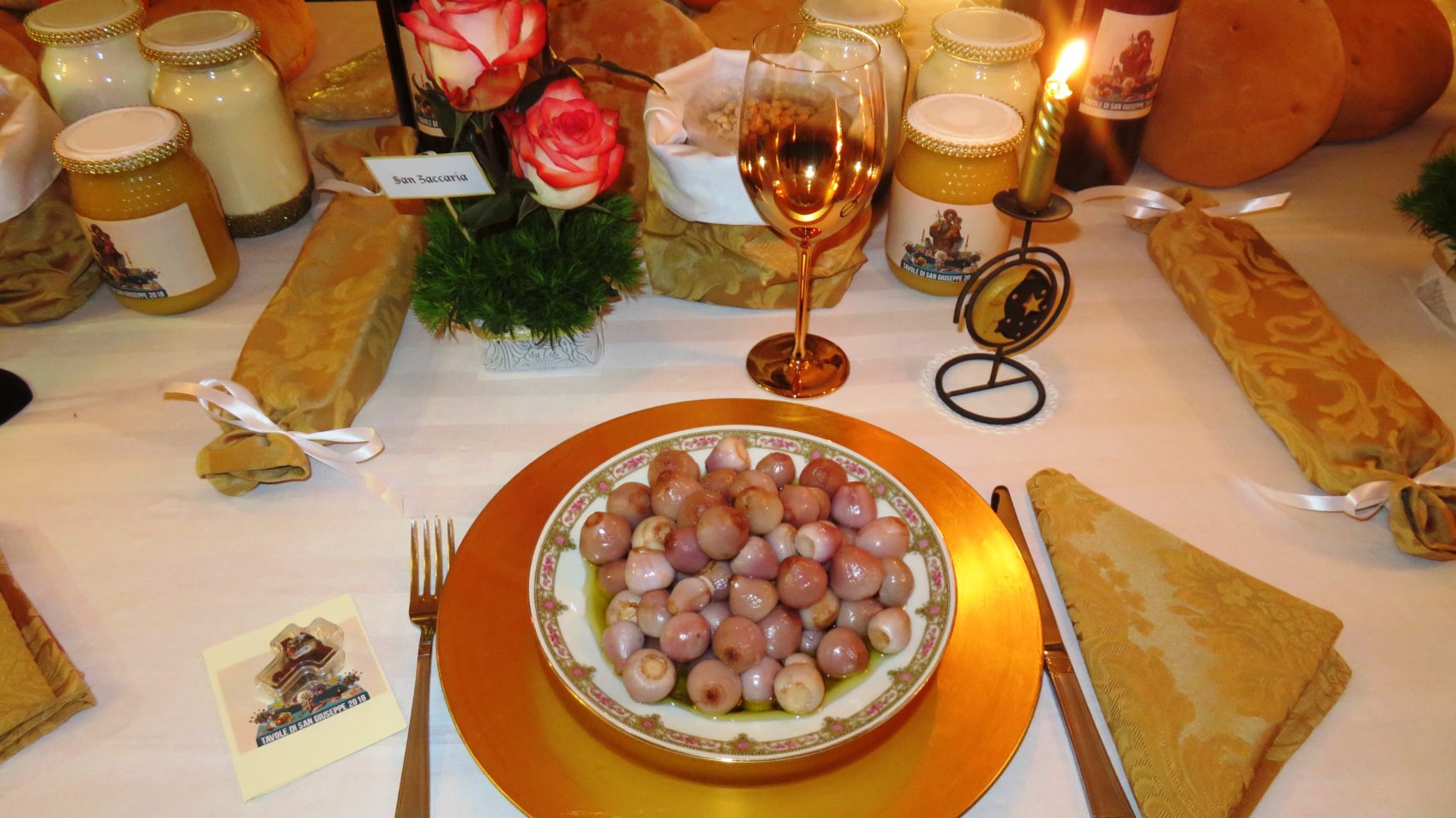 Many thanks to our hosts in Puglia and Salento for this fascinating visit.   As always, our focus at BonVoyageurs is on the joie de vivre we experience when we travel, and all opinions expressed in our articles are our own.