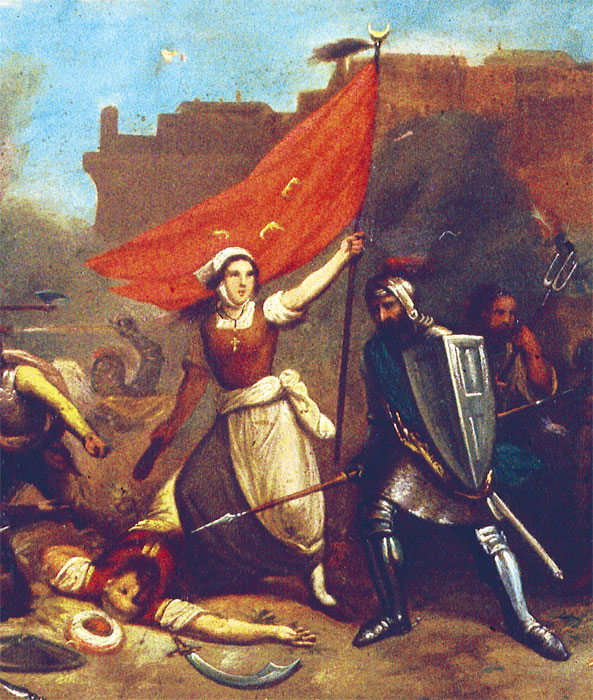 Barberousse and the woman who saved Nice

Barberousse and the woman who saved Nice!

We will be taking off for London in a few hours, on our way to Nice on the Cote d’Azur in France.

The hero of Nice is a woman named Caterina Segurana, or Catherine Segurane as she is now referred to in this French city. But back in 1543, Nice was part of Savoie, to the chagrin of Francois 1er, the king of France. He made an alliance with the Ottoman Turks in order to fight his great enemy Charles Quint and ordered that Nice be conquered. A French-Turkish army and fleet, under the command of the notorious Barberousse (Red Beard), attacked Nice from the land and the sea.

On August 15th 1543, a date which will live forever in the memory of all self-respecting Nicois, Barberousse and the French/Turkish army attacked. A Turkish soldier planted the Ottoman flag on the top of a fortification. An irate Catherine Segurane, a poor clothes washer, ran up and beat the Turkish soldier over the head with her clothes beater and took the flag away. She then is said to have turned around, lifted her skirts, bent down and shown her bare behind to Barberousse and the Turkish army. That gesture of defiance apparently raised the morale of the Nicois troops to such a degree that the attack by Barberousse was repelled. Others suggest that Segurana also, or perhaps instead, simply bared her chest to the invading troops.

That is why the people of Nice have erected statues, named streets and bus stops, and hold annual celebrations and parades in the honor of their savior, Caterina Segurana!