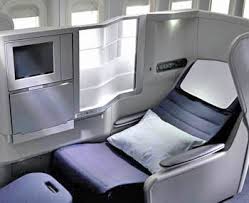 Read our previous posting “Barberousse and the woman who saved Nice!”

Soon after we settled into our comfy business class alcove seats on the British Airways 747 flight to London, a smiling stewardess handed me the flight’s menu, titled in large letters “Pure Enjoyment”. How appropriate a description, I thought, both for my current state of mind as well as my hopes for this trip to the French Riviera.

For more than 40 years, British Airways has been my favorite way to fly over the Atlantic ocean. I don’t receive the same level of attention I used to get when I had British Airways Premier status, in the good old days. The Premier status was not listed in the published frequent flier tiers, because it was a uniquely special level given by invitation only to the select few who spent more time with British Airways than with their wives. Back then, a British Airways representative would be waiting for me at the exit door of the plane so as to escort me to my next flight, not through the terminal, but via a British Airways car waiting by the plane. Sometimes, I would be invited to sit in the cockpit with the pilots for either take-offs or landings; I used to particularly enjoy the landings at the old, now mothballed, Hong Kong airport in Kowloon. If a flight was fully booked, someone would get bumped off in order to make room for me. Ahh, those were the good old days of flying (unless you were the person who got bumped in order to make room for me). Of course, I flew around the globe every month for my work, more than 25,000 air miles, month after month, year after year, so I had a lot of frequent flier miles, in the millions, and my company paid enough money to British Airways so that they should indeed take good care of me.

They may well still be the best over the Atlantic. I am not sure, because I don’t fly as much as I used to, so I have fewer opportunities to try other airlines; I try to fly British Airways any chance I get. But we did fly United Airlines and Lufthansa over the Atlantic in June of this year, which gave me a chance to compare, and I have to say that, while the Lufthansa business class seems to have improved a great deal and United seems to be worse than ever, both airlines fall way short of the standard set by British Airways.

But is British Airways living up to its own standards? Hiccups sometimes happen, as seems to be the case already on this flight (I am typing these words an hour or so into the flight). Our issue started with the “Pure Enjoyment” menu I mentioned at the start of this post. I was drooling over the dinner menu choices, hesitating between the lasagna, the crab or the beef, before finally settling on the beef because the crab platter, otherwise divine, came with a chipotle sauce. Speaking more generally, I think it is regrettable that all the kitchens around Washington, many good restaurants, and now even the British Airways kitchen at Dulles Airport, seem to be staffed with Hispanics who want to inject Mexican food into everything I eat! I have lived in Mexico for almost five years in the gastronomic capital of the country, Puebla, so I consider myself reasonably fluent when it comes to Mexican food. I do not rank Mexican food among the best cuisines of the world and I particularly don’t want chiles, cilantro or chipotle in my food! In fact, I don’t want to eat Mexican food unless I go to a Mexican food restaurant (and I rarely want to do that). Anyway, I decided to go with the fillet of beef in the pure enjoyment menu.

Soon after, the stewardess came to take our order, … or so we thought. Mrs. Gagnon, she said, I see that you have ordered a special low sodium meal, and Mr. Gagnon, I see that you have ordered a special seafood meal. I was about to respond that I had done nothing of the sort, when I decided to think about it a little more. Meanwhile, Lynn was telling the stewardess that she did not want a low sodium meal; she had eaten a low sodium meal on the last British Airways flight we took to Africa and she thought the food was tasteless. I put two and two together, and figured out that the special meals we had ordered for our previous flight to Africa, something we had done merely as an experiment, were now part of our permanent British Airways profiles! Unless I remember to correct this when I get home, we are doomed to low sodium and seafood meals for the remainder of our British Airways flights.

I turned to Lynn and said: “I’ll be happy to take your low sodium meal and you can have my seafood platter, if you would prefer that”. No, Lynn answered ever so kindly, I do not want to take your seafood platter away. I turned to the stewardess, who was patiently waiting for some sort of decision; “What is the seafood platter?” Salmon and pasta, she replied. Oh great, I said, Lynn, would you not like salmon and pasta? Again, Lynn turned me down: “Enjoy the salmon and the pasta, you love both.” She then turned to the stewardess: What is the low sodium meal tonight?

Read our next posting “Sunday in Nice France : Never on Sunday?”

« Barberousse and the woman who saved Nice!
Sunday in Nice France ~ Never on Sunday? »