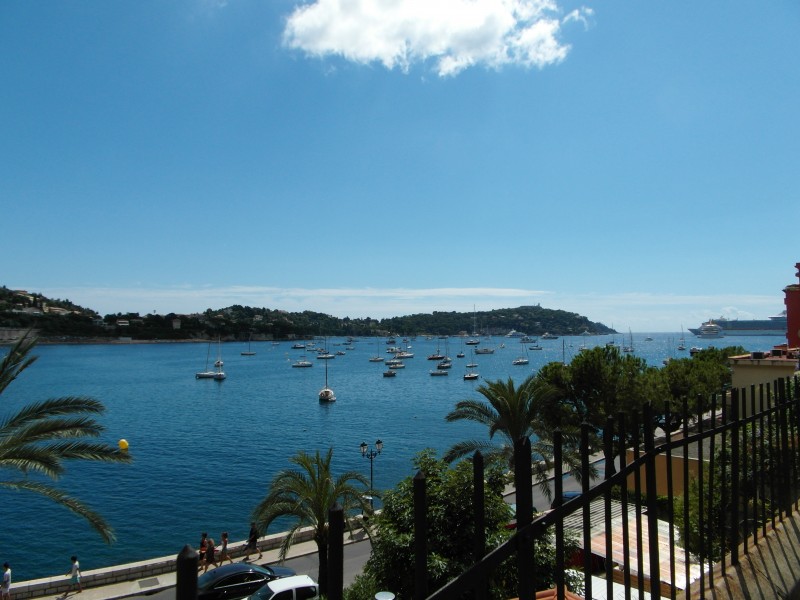 Read our previous posting “Nice France : My kind of town!”

The main events of our day:

*Taking the train to and from Villefranche sur Mer

*Having a bouillabaisse lunch at La Mere Germaine 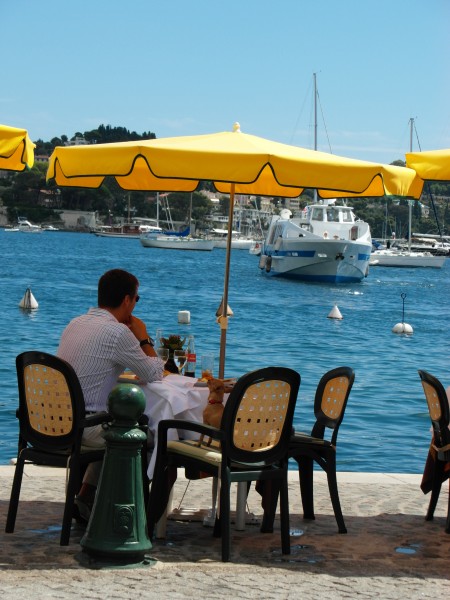 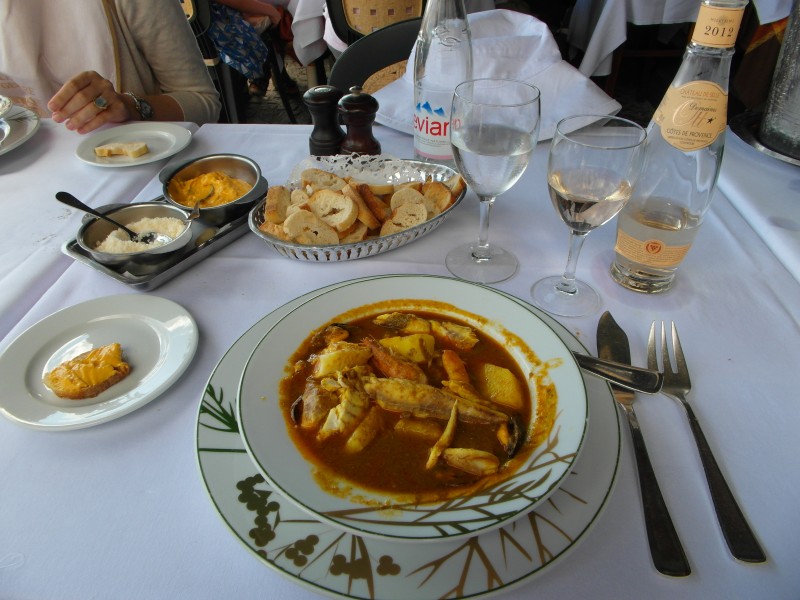 *Definitely the meal at La Mere Germaine was outstanding. It was not simply that the bouillabaisse itself was superb, but the rest of the meal (including an out of this world chocolate souffle prepared by the house chef patissier), the ambiance, the service, the views make one want to relish the experience for as long as possible.

*The scenic views at Villefranche sur Mer are extraordinary, both from the harbor and from the charming small hilly walkways of the old town. The town is built on a hillside at the mouth of a relatively small but deep water bay and overlooks the neighboring coastline of Saint-Jean-Cap-Ferrat and Cap Ferrat.

*This place is upscale. Seeing the mega yachts pull into harbor, or the Ferraris arrive in front of La Mere Germaine, or watching the house which Madonna rented last week for her vacation here right in front of you on the other side of the water,  or knowing that what was Bill Gates’ villa, the most expensive house in the world, is just up the hill behind you, does make an impression, which the chihuahua on the chair at the lunch table (see photo above)  only reinforces.

*Use the SNCF/TER iphone app, which will give you in an instant all the upcoming train departures to your desired destination as well as real time traffic and delay updates; this will help avoid having to wait at the train station, which has no seating area, since platform numbers are not announced until twenty minutes before departure and noone is allowed into the track areas until then.

*There is a wonderful walkway between the Villefranche sur Mer train station and the old town and harbor, offering splendid views and an easy commute.

Read our next posting “Bouillabaisse anyone? La Mere Germaine !”