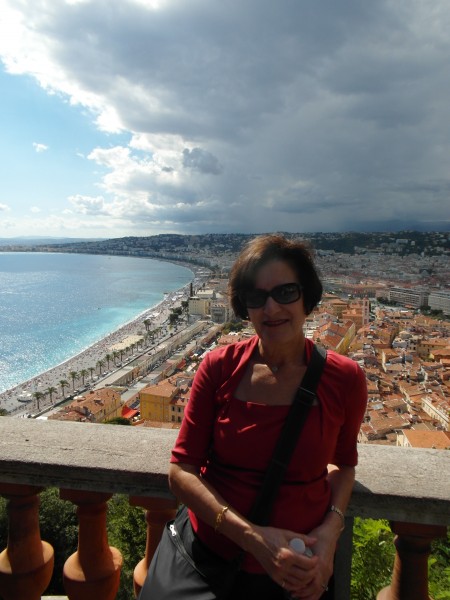 Nice France : My kind of town!

Nice France : My kind of town!

Nice is my kind of town! One day in Nice was enough to sell me on the city. A boulangerie with unbelievably fresh croissants and pains au chocolat as well as a small grocery store with all our needs within a two minute walk of our apartment; there are boulangeries and epiceries everywhere. The seven-kilometer long Promenade des Anglais is a very wide stretch of paved walkway along the beach in downtown Nice and we found delightful to walk it; an ocean breeze helps make the very hot sun (even though it was only 77 degrees)  more tolerable. The beach is covered with sunbathers and swimmers;  the town seems to be filled with vacationers and seems to be well equipped to deal with them.  Just inside from the main road along the beach, long streets, full of bistros, pizzerias, trattorias, brasseries, cafes, restaurants by the dozens, each with their specialty, and all within a few minutes walk.

For lunch, we opted for Le Safari restaurant located along the main market square Cours Saleya, where we experienced four Nice specialties, farcis nicois, salade nicoise, spaghetti aux fruits de mer, and linguini au pistou.  The tiny mussels in the spaghetti dish – sweet, flavorful and plentiful — were the highlight of the meal.

There is a small touristic train which brings people to the top of the castle hill overlooking the city, and the view from there is phenomenal. Don’t be misled by the ominous clouds in the picture above; we had a whole day of very warm sun and those clouds disappeared as quickly as they showed up (which is in some ways unfortunate, since we spent a good deal of time hunting for shade). 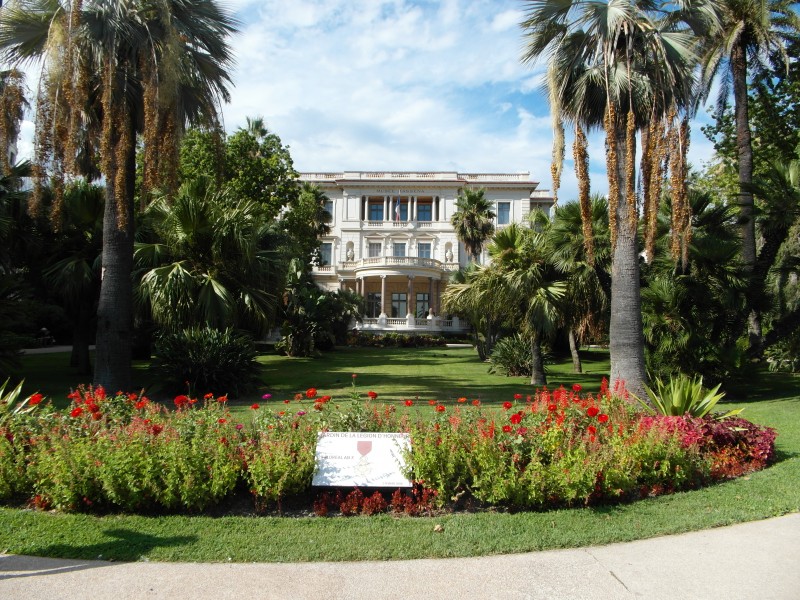 We visited the Palais Massena, which aims to present a history of the city. It was holding a special exhibition called “Un Ete pour Matisse” (A summer for Matisse). While the building is a beautiful mansion (Massena was a top general for Napoleon, born in Nice), both Lynn and I agreed that its visit is entirely unmemorable.

For a day intended to be a day of recuperation from jet lag as well as a day of several errands (would you believe bus tickets to go anywhere on the Riviera cost me one euro each), we ended up walking pretty much the whole downtown area, visiting the castle hill and the Massena museum, having lunch in the old town and dinner at a trattoria near the sea (where Lynn raved about her branzino fish platter).

Nice is a very walkable city and my kind of town!

Read our next posting “Villefranche sur Mer – Idyllic and upscale !”