BEST of Antigua and Barbuda food : Fungee and Pepperpot !

Fungee and Pepperpot is the national dish of Antigua and Barbuda.

That is somewhat strange, as pepperpot is a hearty meat stew, more frequently associated with colder climates.

Fungee is cornmeal with okra.

Both fungee and pepperpot are food preparations whose origins apparently predate the arrival of Columbus to the islands of the Caribbean!

So fungee and pepperpot is probably as authentic a Caribbean dish as you will find. 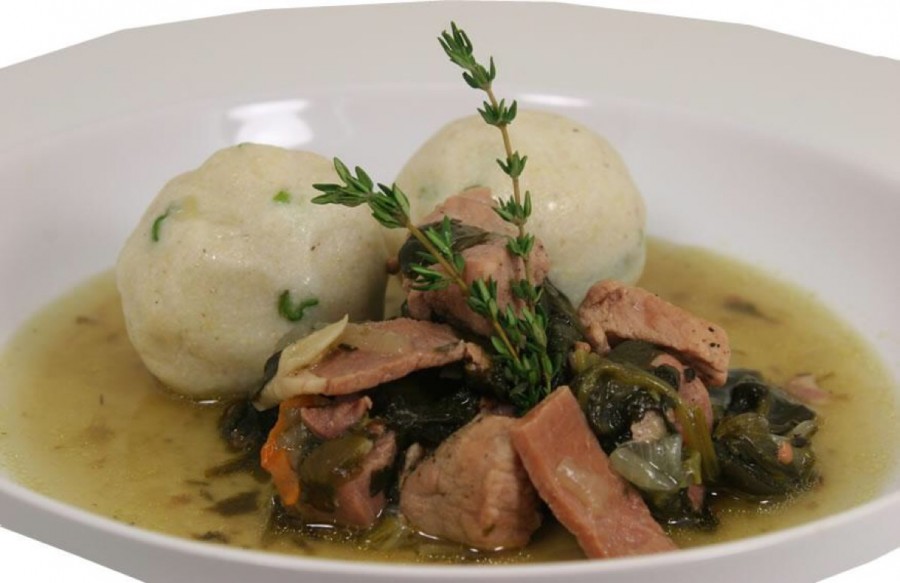 Recipe from InternationalCookingProject.blogspot.com, which modifies the traditional recipe to account for local ingredient availability:

Directions:
1) Place water, okra and salt in a medium saucepan; bring to a boil. Cook until okras are done, about 5 minutes.
2) Remove about 2 c. liquid from pan.
3) Meanwhile, add cold water to cornmeal a little bit at a time until the cornmeal reaches a pasty batter. (I think that I ended up using about 1 c. cold water).
4) Add cornmeal mixture to okra water. Over low heat, stir continuously with a wooden spoon until mixture becomes fairly stiff. (I did this for about 7 minutes; I think I should have stirred for closer to 10). When the mixture breaks away clearly from the pan, the fungee is ready.
5) Butter a bowl. Turn the mixture into the bowl and shake it into the shape of the bowl. Turn it out onto a serving dish,
6) Serve with pepperpot.

Read our related posting: “Antigua and Barbuda, land of the 365 beaches!”

Read our next posting: “Best of Argentina food: the asado!”