Read our previous posting: “Best of Antigua and Barbuda food: Fungee and Pepperpot!”

Best of Argentina food: the Asado!

I can’t think of anything more Argentina than the Asado, the Argentina barbecue! 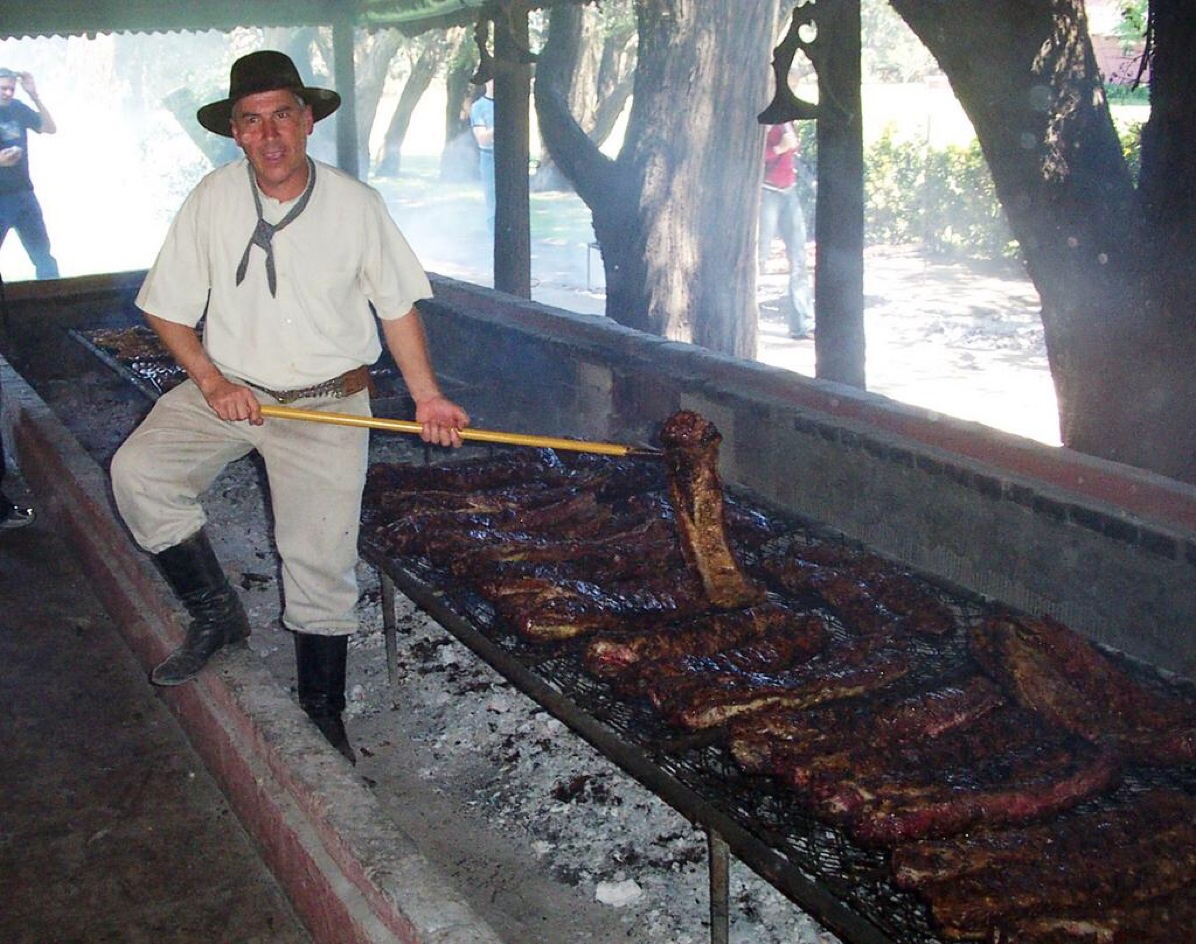 The secret to a great asado? Here’s the scoop from ArgentinoGrill.com :

In Argentina, an “Asado” is not just a way of cooking meat; it is an art form. Every chef has his own personal secret when it comes to arming the parrilla(grill), whether it is the heat of the fire, the ratio of coal to wood, or at what moment they turn the meat on its back. Grilled meat is part of the Argentine national identity, infinitely associated with the romanticism of the Pampa region and the wanderlust of the gaucho. Whether the individual comes from CÃ³rdoba, the Province of Santa Cruz, or the banks of the Rio de la Plata, Argentines are born knowing how to make asados.

The tradition dates back to an era when gauchos, or cowboys, roamed the interior Pampa region and lived entirely off the land and their stock. Many of the gauchos were of Italian descent, and they brought those cooking traditions with them to the kitchen when preparing meat. Their cow-centric livelihood created a need to be resourceful and thorough- and they let no part of the animal go to waste.

The asado tradition continues to this day, and there are many regional variations throughout the country. Whatever you do in Argentina, do not miss out on an asado. Not only are you failing to engage in one of the most delicious meals of your life, but you are not experiencing an important aspect of Argentine culture.

A traditional asado, or Asado Criollo is a specific way of grilling meat. There is an entire method and system in place for cooking, serving, and eating the meat. In other words, an asado is not just a throwing meat on the grill, it is an elaborate and purposeful set of customs.

When cooking the meat, the chef needs to be attentive to factors both above and below the grill. Beneath the grill, a traditional asado typically combines brasa (red hot coals) and leña (firewood), although the type of wood used is up for debate and varies region to region. The actual temperature of the grill, the distance from the coals, and the cooking times vary chef to chef, but generally the meat rests for the majority of time on one side (again, depending on the chef, tendency of the grill and the cut of meat), and is seasoned only with a pinch of salt. Borrowing from the gaucho need for conservation, an asado does not just include the best cuts of meat- there are potentially dozens of different parts of the animal served during the meal.

Generally, an asado begins with chorizo (sausage) and a black pudding, followed by various achuras (sweetbreads), before the serving of the meat. Ribs are traditionally brought out first, followed by the hindquarter cut; occasionally a third cut of meat is included. In all, a whole meal may consist of numerous cuts and preparations of the meat, including ribs, chorizo, black pudding, chinchulin (intestine), riÃ±ones (kidney), hindquarter meat, udder meat, criadillas (testicles), sweetbreads, stomach, and matambre. Many asados also include chicken, pork, lamb, and vegetables (most commonly peppers).

The meat is traditionally served with a chimichurri sauce, a mildly spicy mixture that includes spices, garlic, onion, and vinegar. All asados are also accompanied by a mixed salad and ideally served with a Malbec, a strong and slightly spicy red wine for which Argentina is known.

Read our next posting: “Best of Armenia food: Harissa, aka Herisseh!”