Now a tourist destination on the shores of the Cheasapeake Bay, the historic town of St. Michaels traces its roots all the way back to the mid-1600s when it was a trading post for tobacco farmers and trappers. In 1677, the parish of St Michael was established and the town grew as a boat building and seafood processing center.

St. Michaels gained its name as “the town that fooled the British” during the war of 1812 between the United States and England. Forewarned that the British were taking positions to attack the town with cannon fire from barges on the Chesapeake Bay, the residents of St. Michaels attached lanterns to the top of trees nearby. The British gunners were thus fooled into overshooting the town’s houses and shipyards. Only one house, forever referred to as Cannonball House, was hit by cannonball. 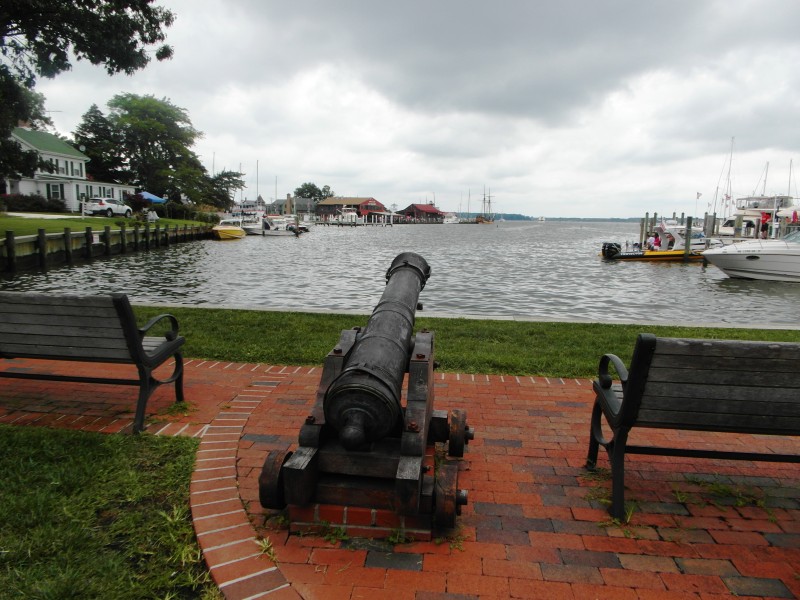