COUNTRIES OF THE WORLD No 70 : Greece, the cradle of western civilization! The land of the magnificent blue skies and blue waters!

See our previous Countries of the World posting at Ghana : land of the Gates of No Return !

Greece has so much to offer to a visiting tourist! The country should be on everyone’s bucket list. For a start, touring the Greek isles should be everyone’s first cruise. Our twenty-fifth wedding anniversary cruise of the Greek Isles certainly has remained BonVoyageurs’ favorite cruise! Who has not heard of such magical places as Santorini, Rhodes, Crete, Mykonos, Corfu, etc…

Athens, Greece’s capital and largest city,  and its Parthenon are among the top tourist destinations in the world. Northern Greece, including Thessaloniki, Halkidiki and Mount Athos, are fantastic areas to visit as well. Read some of BonVoyageurs‘ postings from that area!

The official website of Greece tourism can be found at: visitgreece.gr

See also the official site for the Halkidiki region of Greece : visit-halkidiki.gr

Greece is part of the EEC (European Economic Community) and the euro currency zone. The exchange rate between the euro and the us dollar can be found at : www.oanda.com

Vaccination requirements and other health related information for travel to Greece can be found on the Center for Disease Control website at : wwwnc.cdc.gov

Electrical plug/outlet and voltage information for Greece is available on the following website: www.adaptelec.com

The US Department of State offers travelers important basic information about travel to most countries of the world, including Greece, on its website: travel.state.gov  Take note of any travel warning or advisory issued by the State Department before finalizing your travel plans. 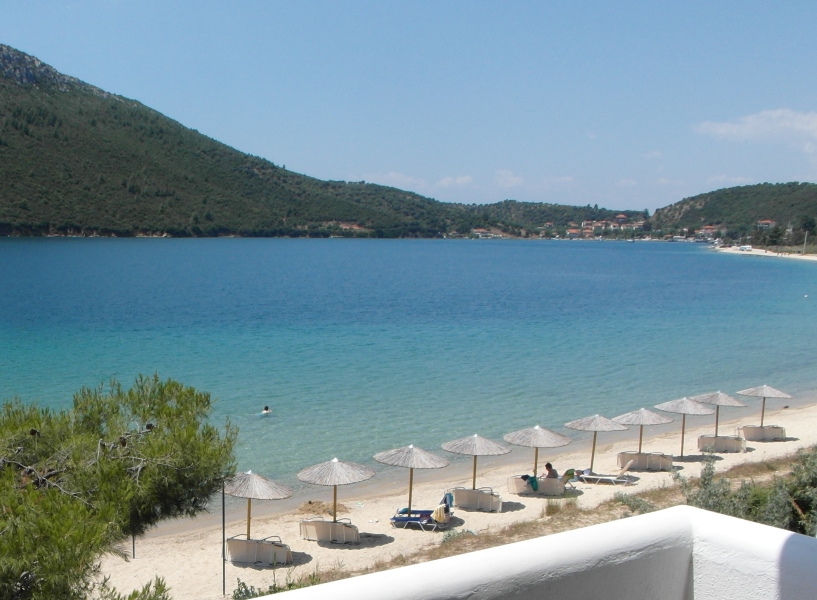 Porto Koufo, the largest natural harbour in Greece, at the southern tip of the Sithonia peninsula in the Halkidiki region of Greece! Countries of the World : Greece

« Ghana : land of the Gates of No Return!
Singapore : Should you go to Singapore? »