.
If you’re an experienced frequent traveler, like me, who considers yourself a very “connected” person, then this posting is for you.

Now that the internet has become an integral part of our daily lives, I would not think of venturing abroad without bringing my own internet connection with me. This is not simply a matter of convenience or security. I really think that being connected on the go is nowadays a necessity, especially for international travelers.

And because the days of fast, secure, free internet available to world travelers are not yet on the horizon, I feel the need to bring my own always-on internet connection on my travels, my own mobile pocket global hotspot, which provides me with secure wi-fi internet for all of my and my wife’s devices (iphones, ipads, laptops, etc..) wherever I may happen to be around the world. And my hotspot of choice is the Skyroam Hotspot from Skyroam. 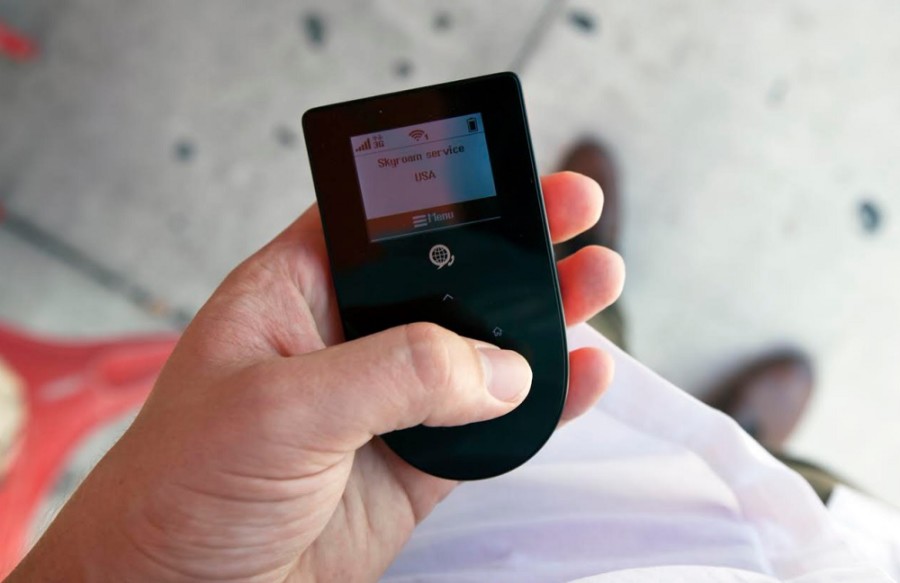 The internet connection available through one’s cellphone should be the easiest and cheapest way to obtain internet service abroad. Unfortunately, my cell phone carrier company, like most other carriers I know of, charges exhorbitant rates for international data service. Therefore, I would not consider using my phone’s international data connection except in an emergency, and one of my first actions when boarding a plane for an international flight is to turn off the data roaming features of my cell phone.

A possible alternative might be wi-fi, which is becoming increasingly easy to find around the world in coffee shops, hotels, restaurants, cruise ships, and even sometimes in entire cities.

However, I have found that there is usually an issue of price, security, or bandwidth in most wi-fi hotspots. For example, hotels are moving to free wi-fi. What the hotel chains don’t advertise is that the free hotel wi-fi is often too slow for anything but text or email messages and faster wi-fi, if available at all, is charged at premium prices. Similarly, cruise ships are offering more wi-fi availability, but it comes from satellite service, which means that the cost is steep, the service sporadic and the bandwidth frequently too small for anything but text or email usage. One of the joys of traveling is sharing photos with family and friends back home. That becomes an expensive proposition on most cruise ships and in many hotels.

More importantly, all the publicly available wi-fi networks, and especially those in less developed countries, have security issues and should not be trusted with any personal information. Since I have financial investments to oversee while I travel, I need access to secure internet and the most secure internet connection I know of is the one I carry with me.

We recently returned from a trip to Southeast Asia, which included a Singapore to Hong Kong cruise, a cruise which tens of thousands of tourists take every year. Well, did you know that shore excursions to  Bangkok, Saigon or Hanoi necessitate two- to four-hour bus rides each way to and from the ship? That’s a lot of time to spend on a bus each day … doing what? In our case, the Skyroam Hotspot provided my wife and me with internet the entire time so that we could use our ipads and our laptops on the bus.

For several years now, I have rented a mobile hotspot to provide me with a personal secure internet connection during my travels. There are many companies which offer this service, and I have used several of them over the years. Companies such as Xcom Global or Tep will deliver a hotspot to your door before you leave on your trip, and include a prepaid fedex return envelope. The cost of hotspot rentals has been coming down, but is still significant when you add the cost of insuring the rental equipment, shipping and handling, etc. One major drawback is that you need to get a different hotspot, or at the very least a different SIM card, for every country that you plan to visit on your trip (with some exceptions like Western Europe where one hotspot will suffice). When we traveled to India and Nepal last year, I carried with me two hotspots, one for India, one for Nepal. 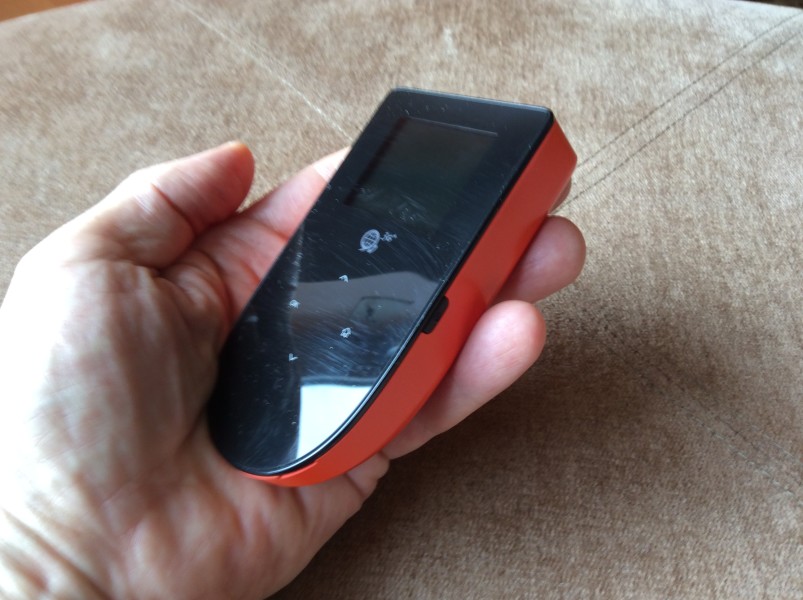 In addition, Skyroam does not rent its hotspot to you, it sells it to you for $124.99 (as of July 2015). This means that you own the Skyroam hotspot and don’t have to worry about renting a hotspot, getting delivery or returning a hotspot, and insuring it.  You just get in the habit of bringing your Skyroam hotspot with you when you travel overseas and you’re set!

How much does the Skyroam hotspot service cost? Ten dollars a day. Unlimited internet. Superb deal!

I used the Skyroam hotspot for the first time during our recent one month trip to Southeast Asia, which included overnight stays in China, Singapore, Thailand, Vietnam and Hong Kong. There is a one-time set-up and registering procedure for the Skyroam hotspot, which was surprisingly simple and quick. After that, the Skyroam hotspot only needs to be turned on and it will do the rest itself, connecting to the cellular carrier in the country where you happen to be. 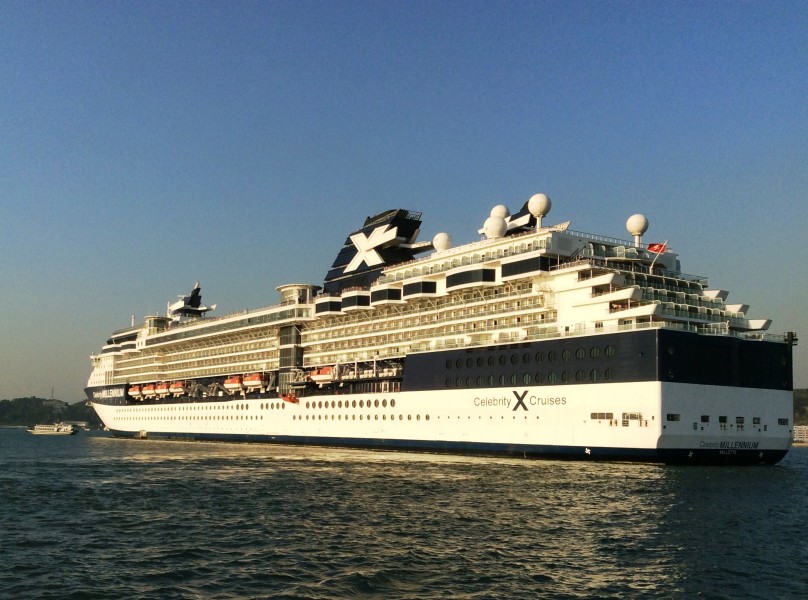 Skyroam Hotspot in use aboard cruise ship while at anchor in Halong Bay, Vietnam

The Skyroam hotspot comes with a larger battery than the rental hotspots I had previously been using, and I found that it lasted more than twice as long as the two hours or so I used to get from the other hotspots. The Skyroam hotspot proved to be totally reliable for the whole duration of our trip, a significant improvement over previous hotspots I had rented, and that gave me invaluable peace of mind.

We used it on the road, in the bus, on the cruise ship when in port or within range of cellular service, in brief … almost everywhere. We could take a photo of a great scene or an appetizing dish and send it out immediately to our family, our friends, our followers on Twitter, Facebook, Instagram, etc… We could respond immediately to alerts and notifications received from our home security system and cameras. We could make stock market transactions in real time and keep track of our Bitcoin Trader accounts as events unfolded or markets moved.

In brief, we stayed “connected”, thanks to the innovative and reliable Skyroam hotspot.

My wife and I came back wholly impressed by the Skyroam Hotspot and do not intend to leave home without it when we embark on our next trip. How will you stay connected with your world when you travel?