Having lived and worked in Paris for a number of years in the 1970s and having been regular visitors to the French capital since then, we have had the opportunity to enjoy the Parisian bistro and brasserie experience over a span of more than 40 years. Quite a few bistros and brasseries have had a “je ne sais quoi” which keeps bringing us back again and again. History, gastronomy, ambiance, service (yes, service!), and the spirit of the many artistic personalities who preceded us, all have contributed to our enjoyment of a meal at a Parisian bistro or brasserie. Here’s our selection of the top five bistros and brasseries of Paris, the establishments where you are most likely to find BonVoyageurs when we are visiting La Ville Lumiere. 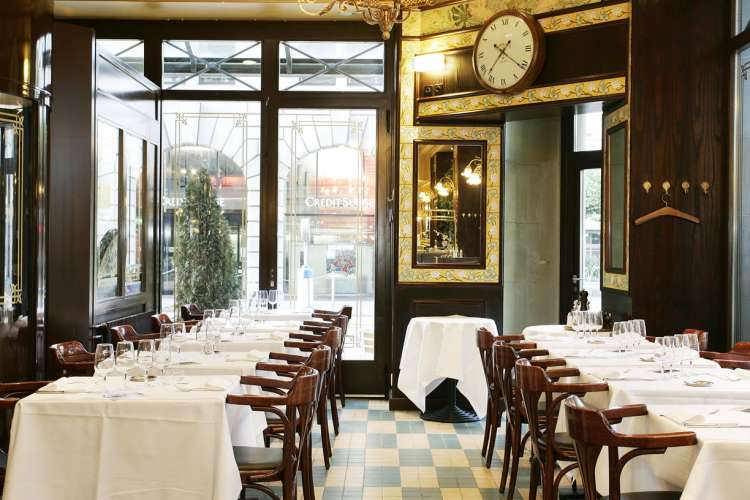 A legendary Parisian institution founded in 1880 on the Blvd. St. Germain in the 6th arrondissement, Brasserie Lipp has for many years been frequented by the who’s who of the Parisian political, journalistic, literary and artistic society. Enjoy the “Choucroute Garnie” (“Sauerkraut with potato, ham, bacon and the best of the pig) along with the beautiful decor and comfort and especially the people-watching! 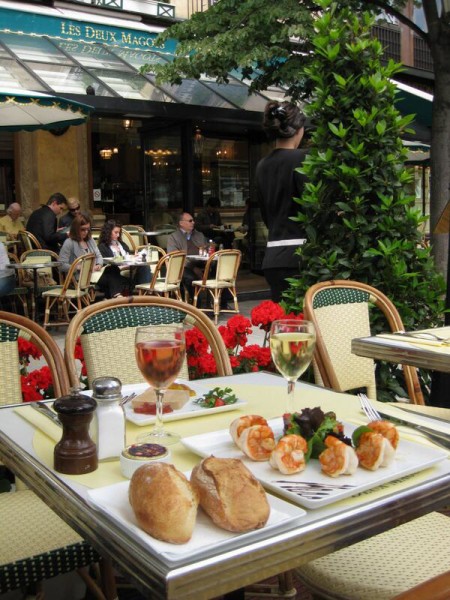 Located at Place St-Germain-des-Pres in the 6th arrondissement, Cafe-Restaurant Les Deux Magots (named for the Chinese figurines of “2 Macaque monkeys” that welcome guests) was founded in 1812 and has become a quintessential example of the best in French cafe tradition. Frequented by numerous literary and artistic geniuses from Hemingway to Picasso, the cafe confirmed its literary vocation in 1933 with the introduction of the Prix des Deux Magots award. Sit outside in the summer, sip a pastis or a well-chilled rose, select from a menu featuring a wide choice of classic French cuisine, champagne, wines and cocktails, and,  bien sur, — soak in the spirit of art and creativity! 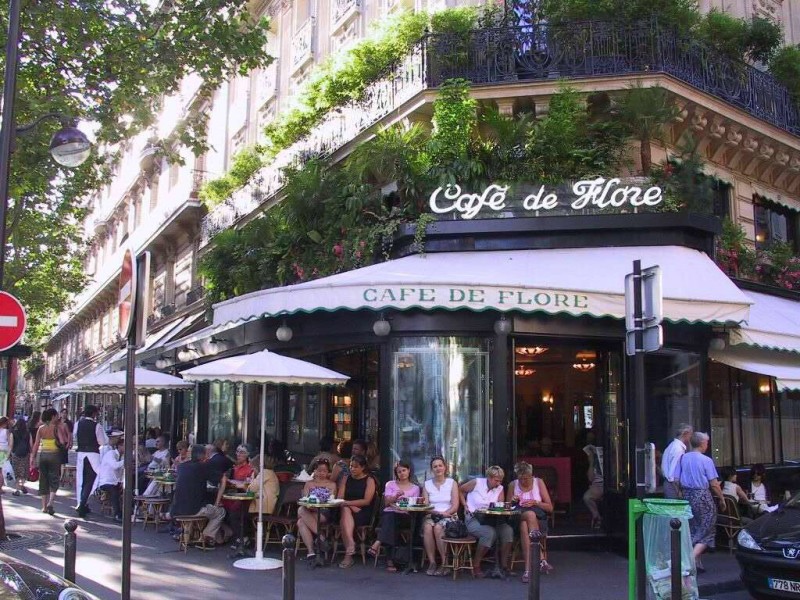 Named after the nearby sculpture of the Roman goddess of flowers and spring on the opposite side of the Boulevard St. Germain in the 6th arrondissment, Cafe de Flore first opened its doors in 1885 and is a personal favorite. Renowned as a classic haunt of the Lost Generation intelligentsia, of most of the French intellectuals during the post-war years, and of literary luminaries such as Jean-Paul Sartre, the cafe offers play readings on Mondays and philosophy debates on the first Wednesday of the month. Go to admire the famous Art Deco decor, to feed your intellect, and to enjoy the Cafe de Flore’s famous Hot Chocolate or classic French cafe fare as you bring out your inner philosopher.
.

In France where intimacy is often de rigueur, La Coupole is celebrated for its grandeur. An Art Deco masterpiece on an impressive scale, its enormous dining room was once frequented by the “tout-Paris”, la creme de la creme of the artistic world, including such notorieties as Picasso, Jean-Paul Sarte and Simone de Beauvoir. Founded in 1927, La Coupole opened its basement hall in 1928 to welcome all the greatest names in tango and jazz to perform here. In 1988, La Coupole was named an “Historic Monument”, with the tiling and the paintings on the pillars and pilasters of the dining room officially becoming part of France’s artistic heritage. Situated in the 14th arrondissement on the Boulevard Montparnasse, La Coupole attained its pinnacle of success between the two World Wars. Today people come from all over the world to admire its splendor and to enjoy a classic French brasserie experience, still on an impressive scale. The terrace tables are superb for people-watching and the classic French fare is reasonably priced. 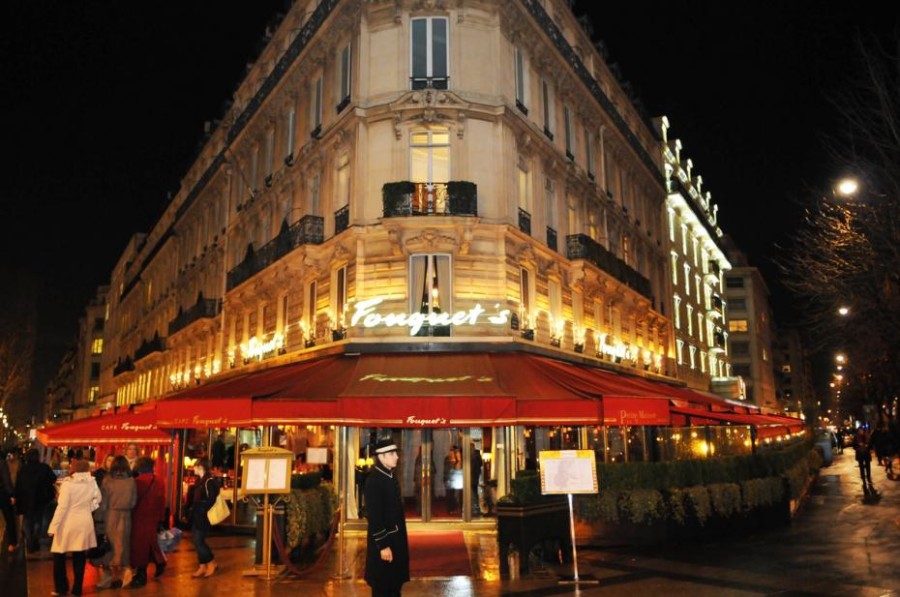 On a very prestigious corner of the Champs Elysees in the 8th arrondissement sits a hotspot for French gastronomy, the King of brasseries since 1899, the pinnacle of the French “brasserie de luxe” — Fouquet’s. Just driving up to the entrance for the first time can be an unforgettable experience. Offering traditional, classic and regional cuisine from an award-winning chef, Fouquet’s is a favorite among luminaries of the cinema, artists and writers. Enjoy your cocktails and people-watching in the brasserie outside and then partake of a truly memorable French meal inside the very charming and elegant restaurant.