The epitome of old world elegance and fine dining, the Piano Nobile restaurant in Prague is on the top floor of the classicist-inspired Villa Richter, located on the hillside just below Prague Castle.  Offering one of the city’s most splendid panoramic views from a beautifully decorated villa dating from 1836, Piano Nobile lies amidst the St. Wenceslas vineyard which dates back to the 10th century. 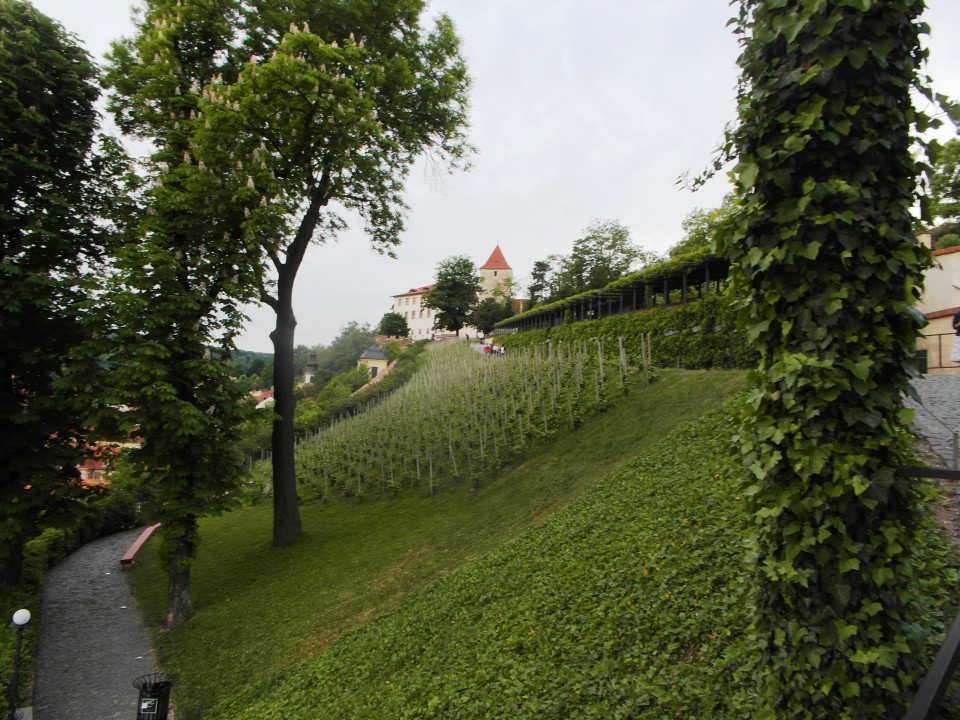 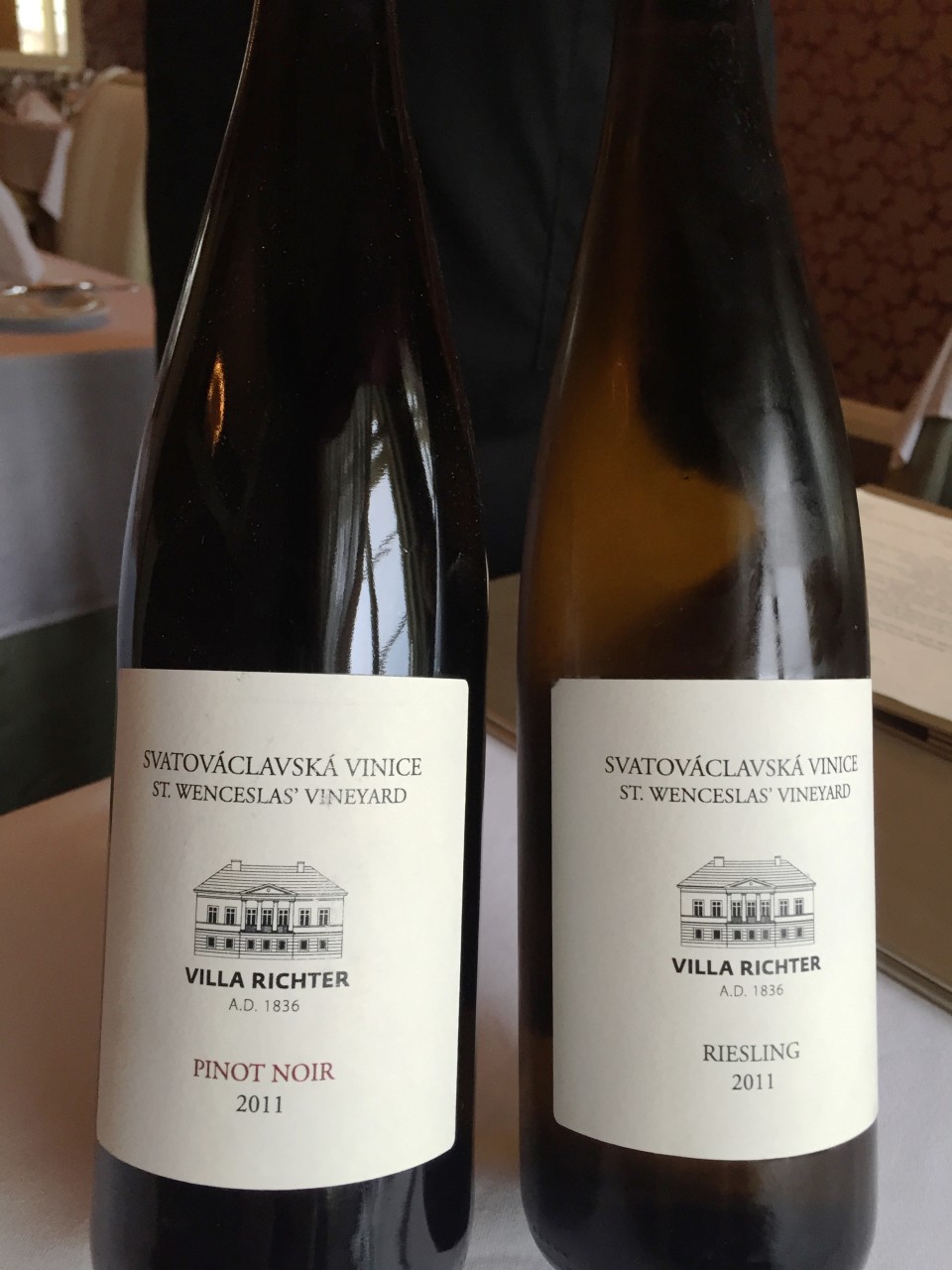 Our waiter was extremely knowledgable about the cuisine and wines served at Piano Nobile.  For example, he explained how the Dukes of Moravia, traditional lovers of wine, had cultivated wine since Roman times while the Dukes of Bohemia had been beer lovers. He also told us that legend has it that the Wenceslas’ vineyards were cared for by St. Wenceslas himself, and that Pinot Noir had been cultivated at the Villa Richter ever since the second King of Bohemia, Charles IV (who later became Holy Roman Emperor), brought over the vines from Burgundy in the 14th century. 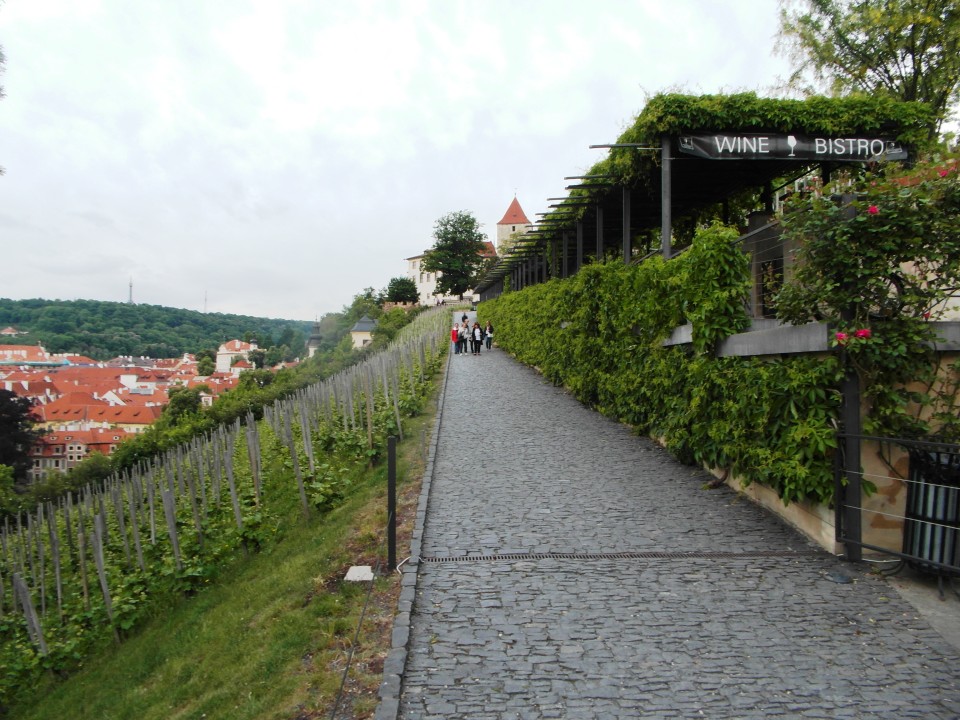 The meal was deliciously satisfying from start to finish. 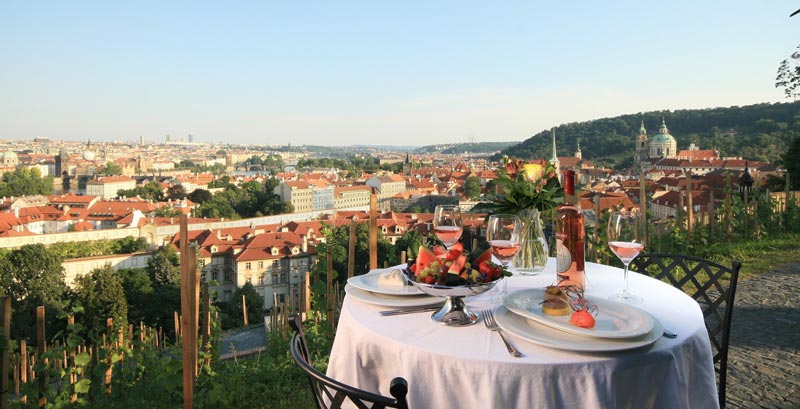 We were charmed by the amuse-bouche of smoked breast of duck with cranberry and apricot sauce and home-made potato chip, a panoply of tastes and textures that opened up our palettes to new experiences after our long journey from Washington, DC via Munich to Prague. 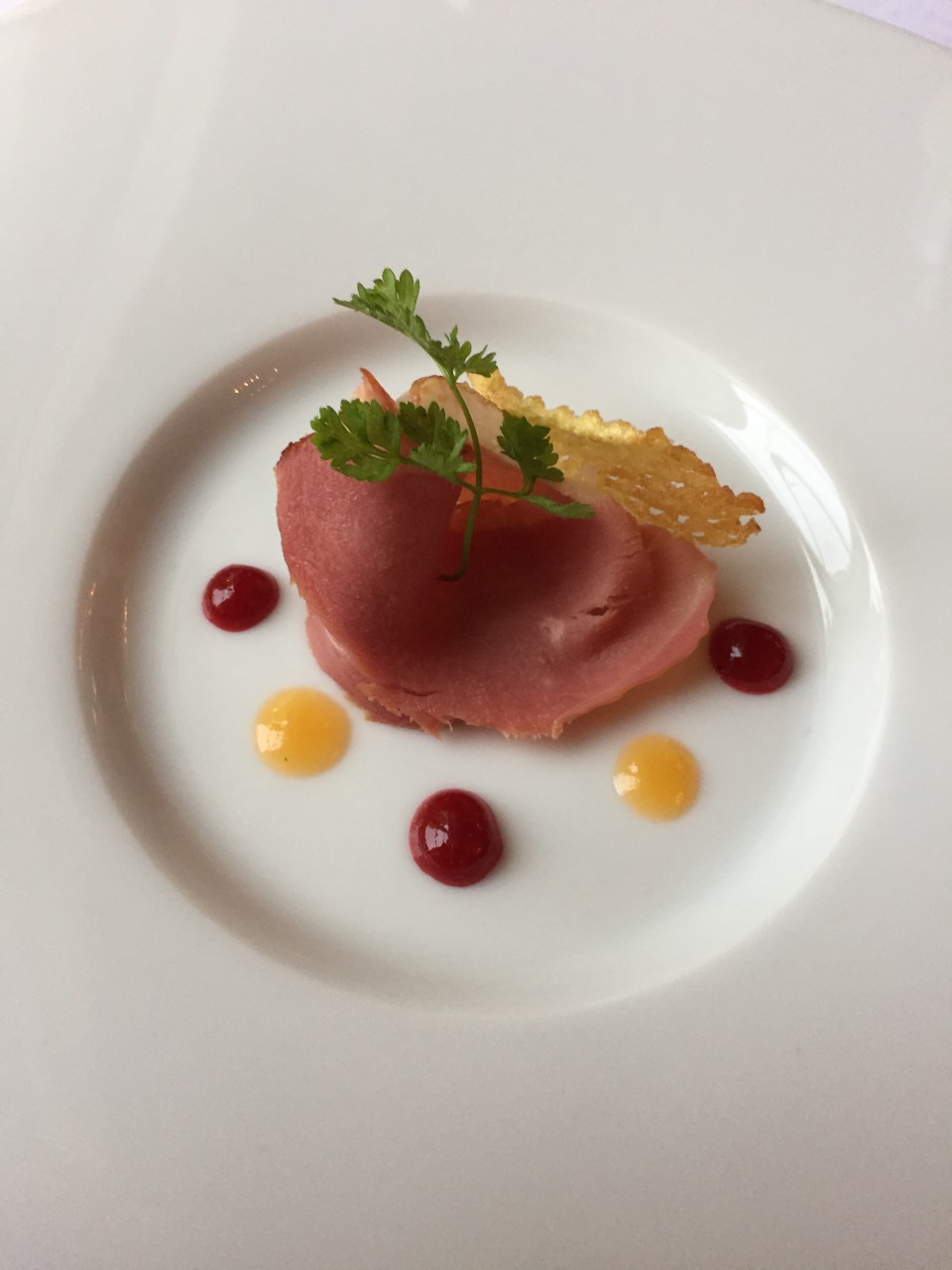 Other personal favorites from the dinner would be the cold cucumber soup,  the “svickova” with Carlsbad dumplings, and the warm Apple Strudel with caramel sauce, all Czech specialities expertly prepared and artfully presented. The apple strudel was the best I had throughout our three weeks in Central Europe. 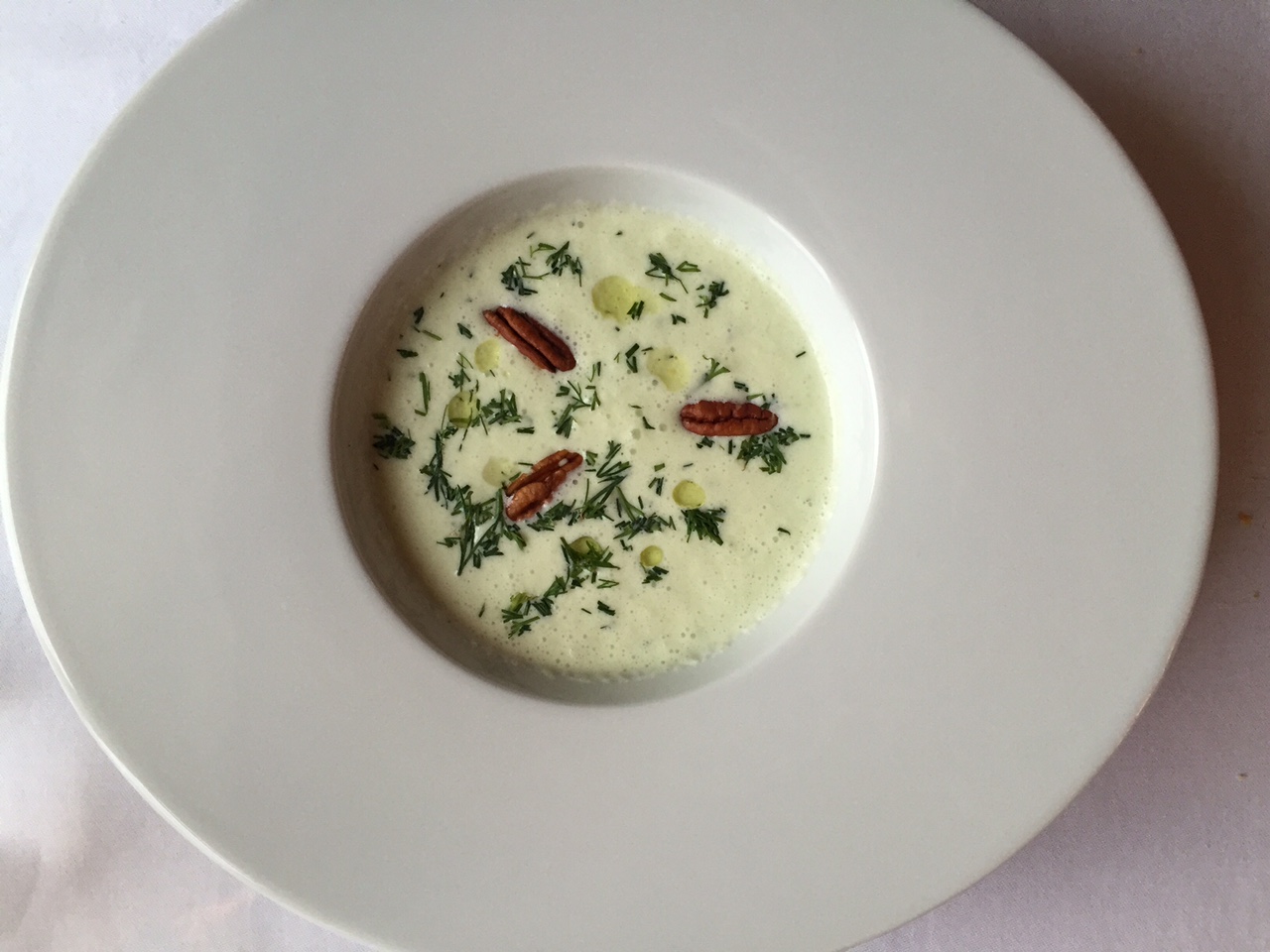 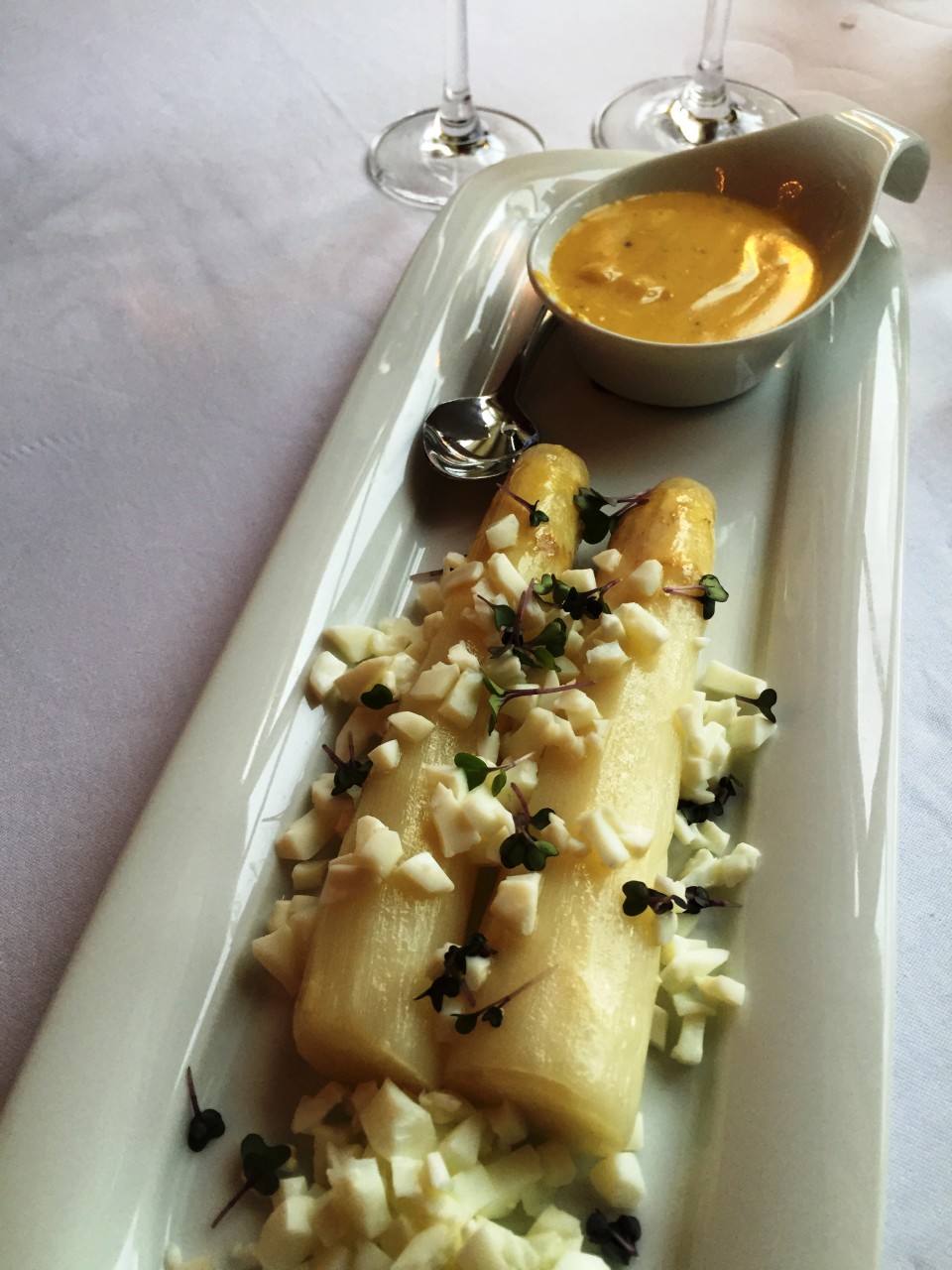 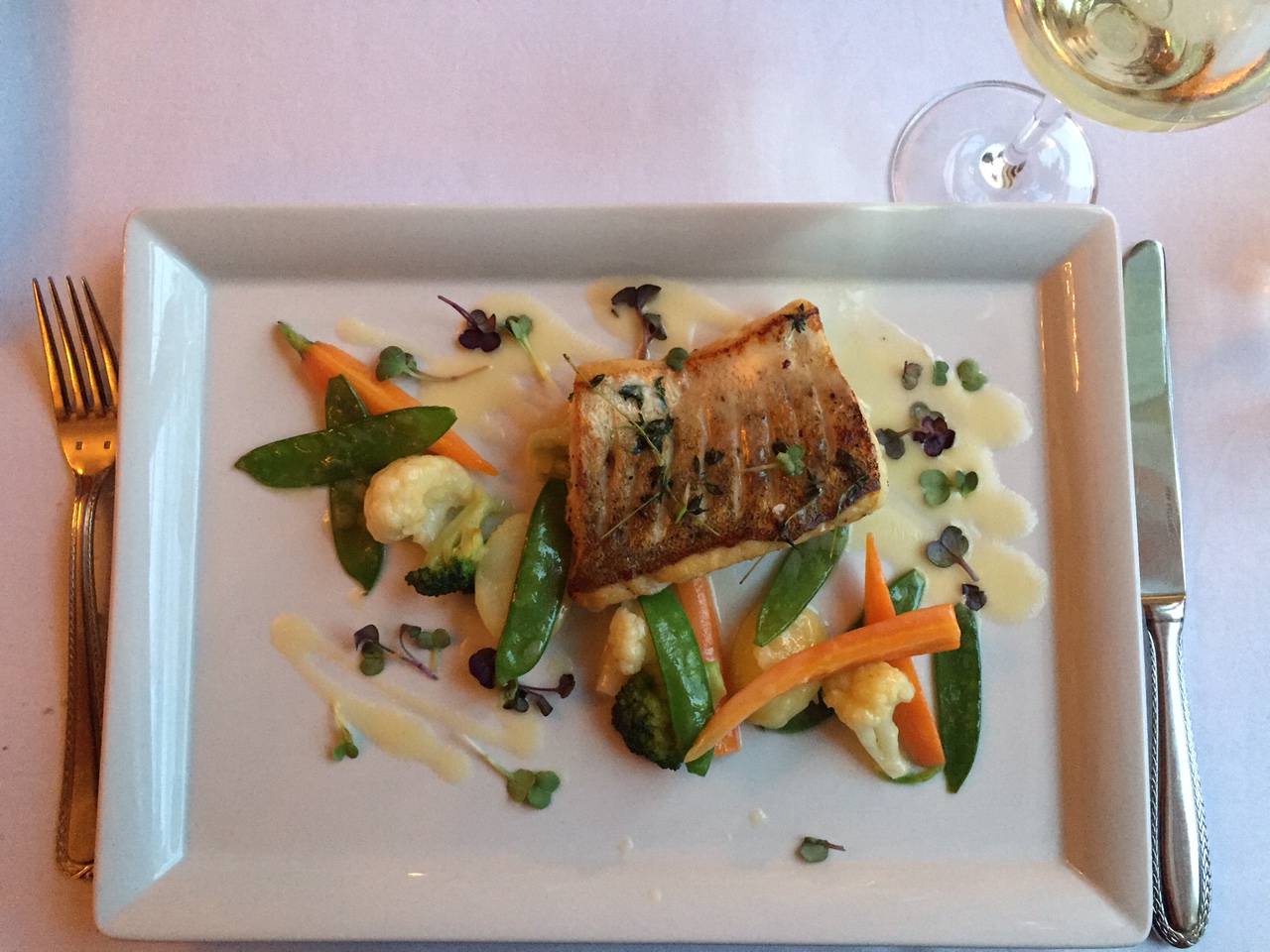 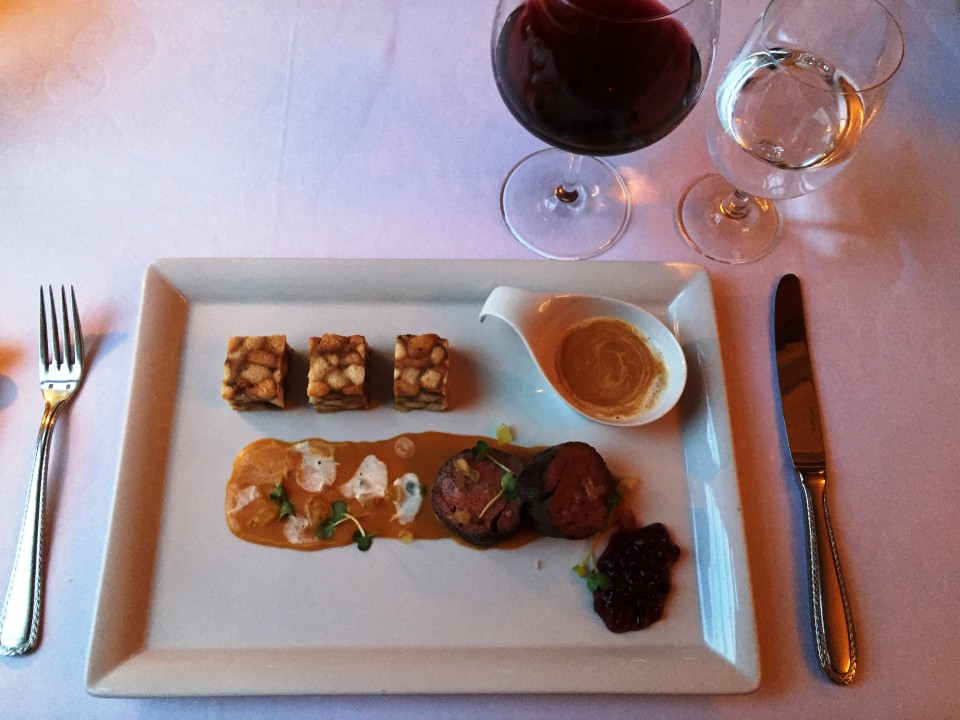 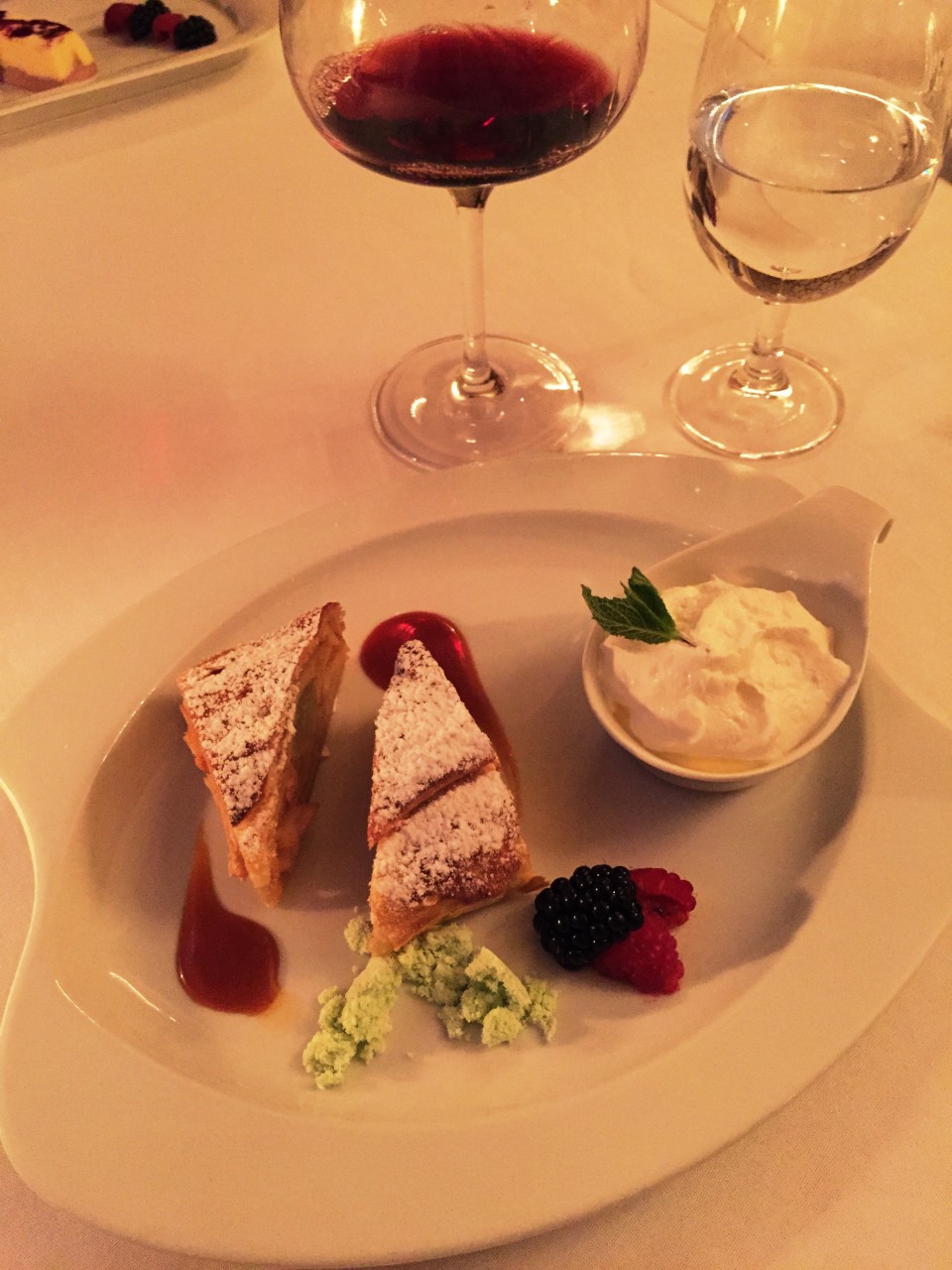 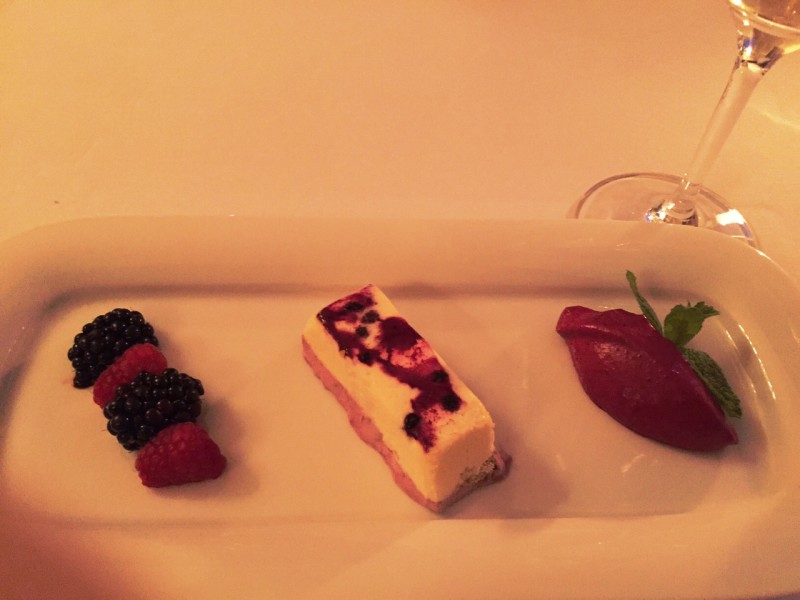 The Villa Nobile is a very special place, offering superb service and magnificent vistas.  It’s more than an excellent Prague restaurant, it’s an experience with an aura of “exceptionality” about it … a special place to make memories with someone you love.