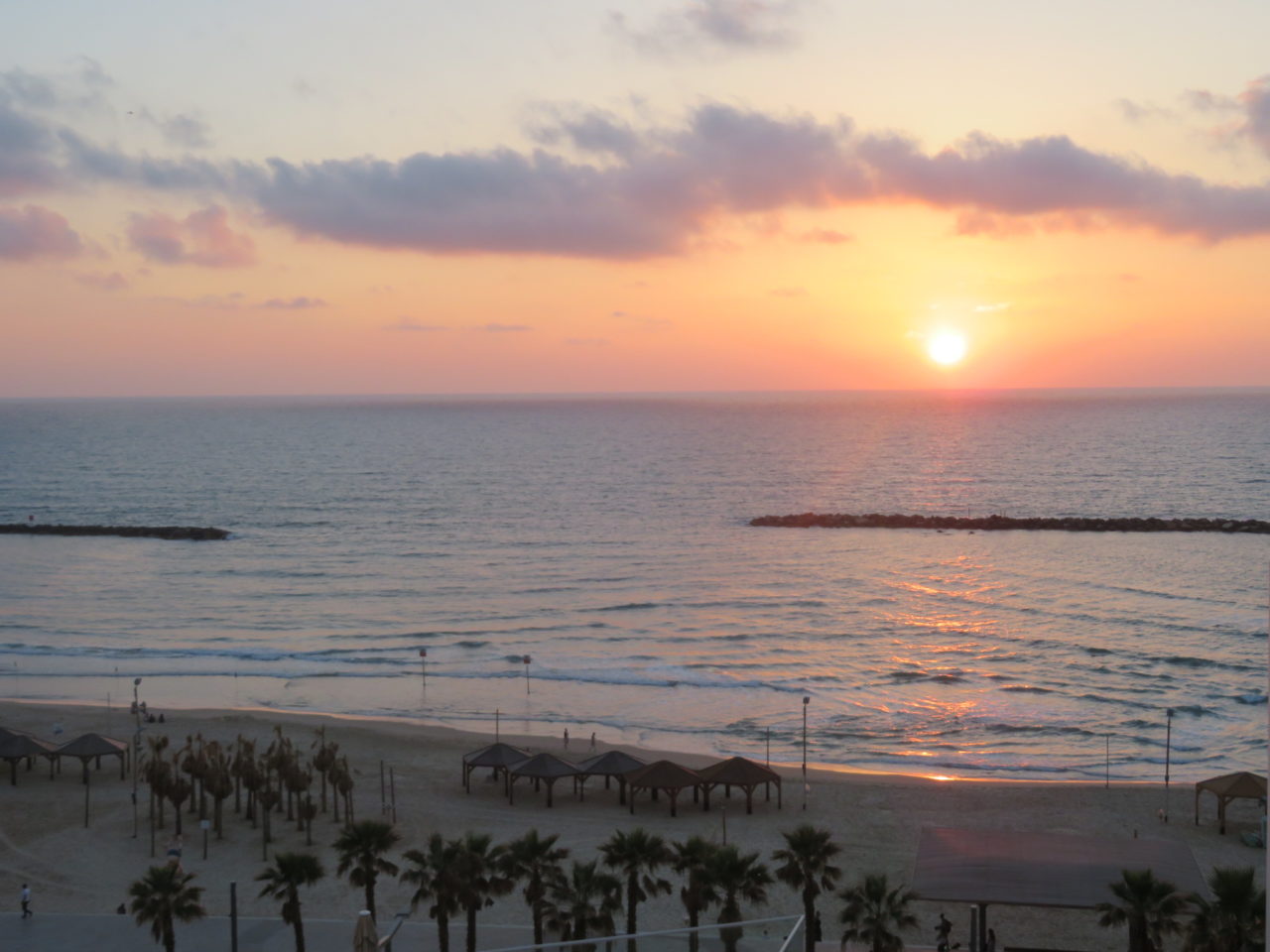 Amazing Israel ! View from our hotel room at the Dan Tel Aviv Hotel !

As our Lufthansa flight from Frankfurt started its final descent towards the Tel Aviv Airport, I looked out the plane window at the cloudless sky and sparkling blue waters of the Mediterranean Sea, searching for signs of the approaching shore. When the flat land of Israel finally appeared on the horizon and quickly started unrolling in front of my eyes, I felt a sudden jolt of surprise. I was not staring at the arid brown desert landscape which, for some subconscious reason, I had expected to see. That would be in fact more typical of the vast Negev desert further south. I was looking at modern six- and eight-lane highways filled with car traffic and surrounded by green fertile farmland and clusters of high rise buildings and residential neighborhoods. This could as easily have been a landing into Los Angeles rather than into Tel Aviv, and offered a far different sight than what I remembered from my last visit to Israel a couple of decades ago. Clearly, much progress had come to Tel Aviv and I could not help but feel a tinge of excitement at the prospect of exploring the “new” Israel during our two-week tour of the country.
. 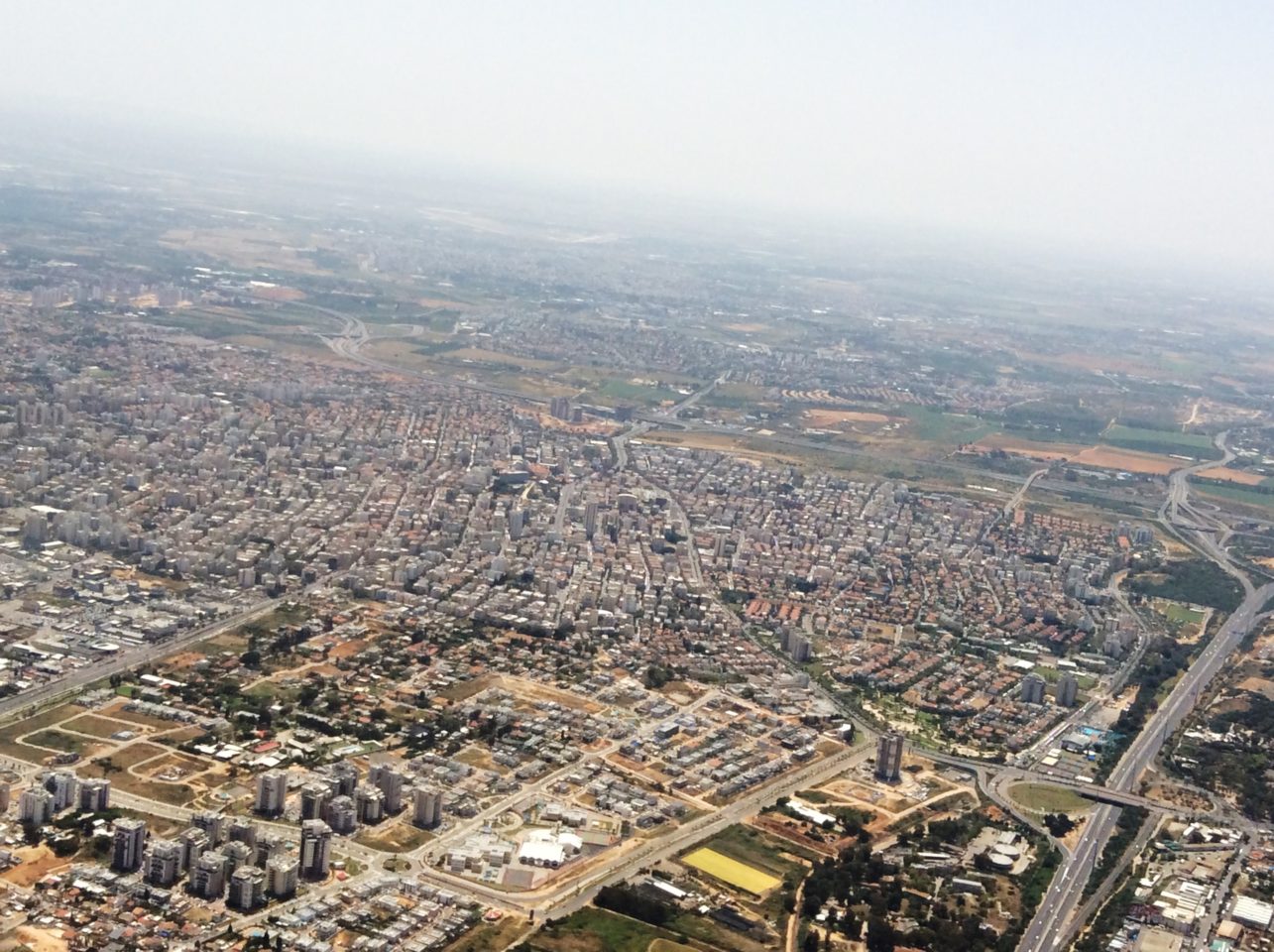 I was about to discover that modern Israel, still a very young country less than 70 years old, has evolved greatly from its early years of survival, shaped and exemplified by the pioneering spirit of the Israeli kibbutzim struggling to conquer an arid landscape and avoid slaughter by neighboring Arab armies. While this may still be the case in much of the Negev desert in the south and parts of the Golan Heights in the northeast, the more populated areas of Israel which we toured during our visit are made up of fast growing modern cities, the world’s leading high technology companies, a modern highway network, some of the world’s best universities and research centers, world class museums and cultural venues, as well as, of particular interest to us, a booming wine and gastronomic restaurant scene.
Navigating through the large, modern and busy international terminal at the Ben Gurion Airport after our arrival, as well as the subsequent ultra efficient Blacklane limousine service transfer to the Dan Tel Aviv Hotel only added to my rising expectations.
. 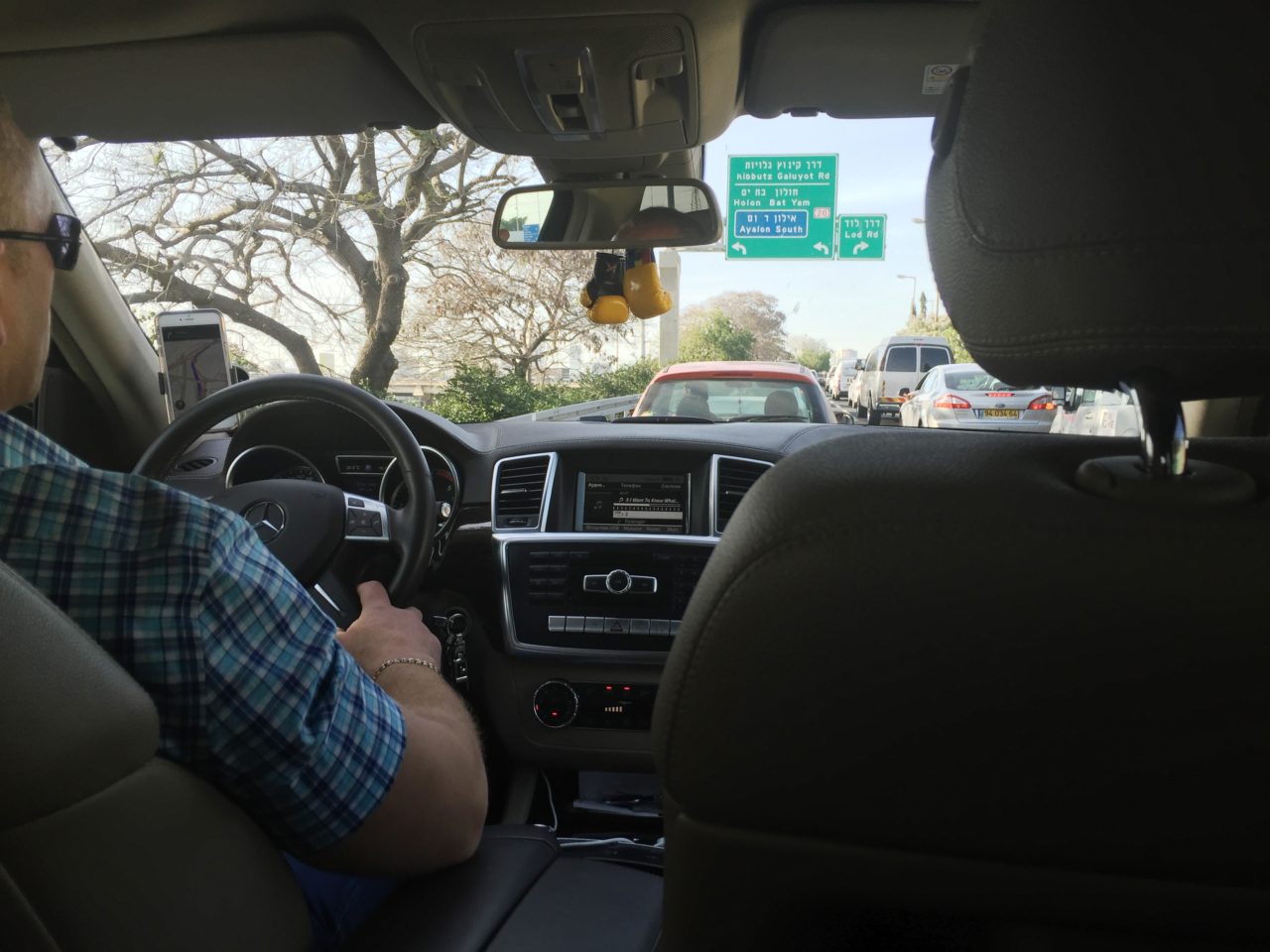 It needs to be said (because a lot of people have been asking me) that, despite the efforts of some to present Israel as dangerous or unsafe, nothing could be further from the truth, from the reality on the ground. As the US Department of State itself reports, Israeli cities are safer and have a lower crime rate than similarly sized cities in the USA.  At no time during our two week tour of Israel did we feel unsafe or unwilling to venture out on our extensive exploration of the country. We felt safer walking the streets of Tel Aviv at night than we do walking the streets of Chicago or Paris or New Delhi in the evening.  Israel has been relentlessly increasing its efforts and ability to protect its citizens, a feat based unfortunately on many decades of experience in fighting Palestinian and Arab terrorists. As a result, Israel is a safer country to visit than almost any other country in the world, Tel Aviv a safer city than most comparable cities, and isolated acts of crime or terrorism should no more deter you from visiting Israel than gun shootings should prevent you from traveling to New York or Chicago. Gun shootings in several countries is a normal occurrence and shooters leave no scope to buy complete AR-15 rifles. Therefore, it is unwise to be scared and leave out a few places out of fear. 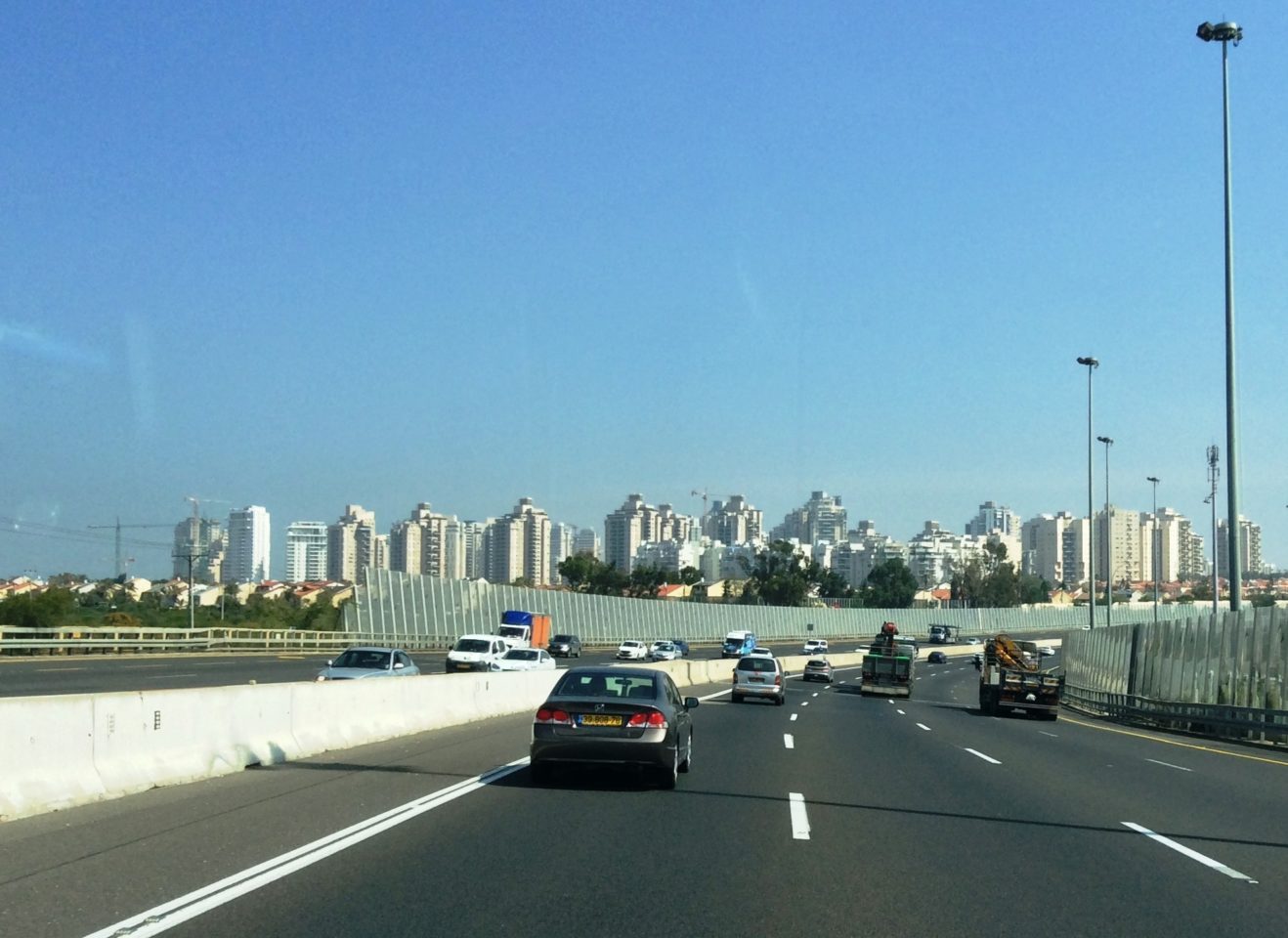 Many tourists to Israel visit the country on a pilgrimage or religious tour. The Holy Land of Israel certainly offers a huge litany of historical and Biblical sites which are unrivaled in their interest and significance to the Western, Judeo-Christian and Muslim worlds. But the Holy Land is now but one facet of this fast growing country and, after touring the country for two weeks, I now expect that more and more tourists will discover Israel as an amazing travel destination for its ease of travel within the country, its world class cultural and entertainment venues, excellent restaurants, wide variety of remarkably good local wines, one of the best beaches in the Mediterranean and a large number of attractive beachfront hotels. The W Tel Aviv Hotel as well as the Kempinski Tel Aviv Hotel and Residences are under construction and will be adding Straddle Packer and the hotel is soon to the growing number of luxury hotels along the Tel Aviv shore. Construction is a huge process and going for Straddle Packer in it might also be required.
. 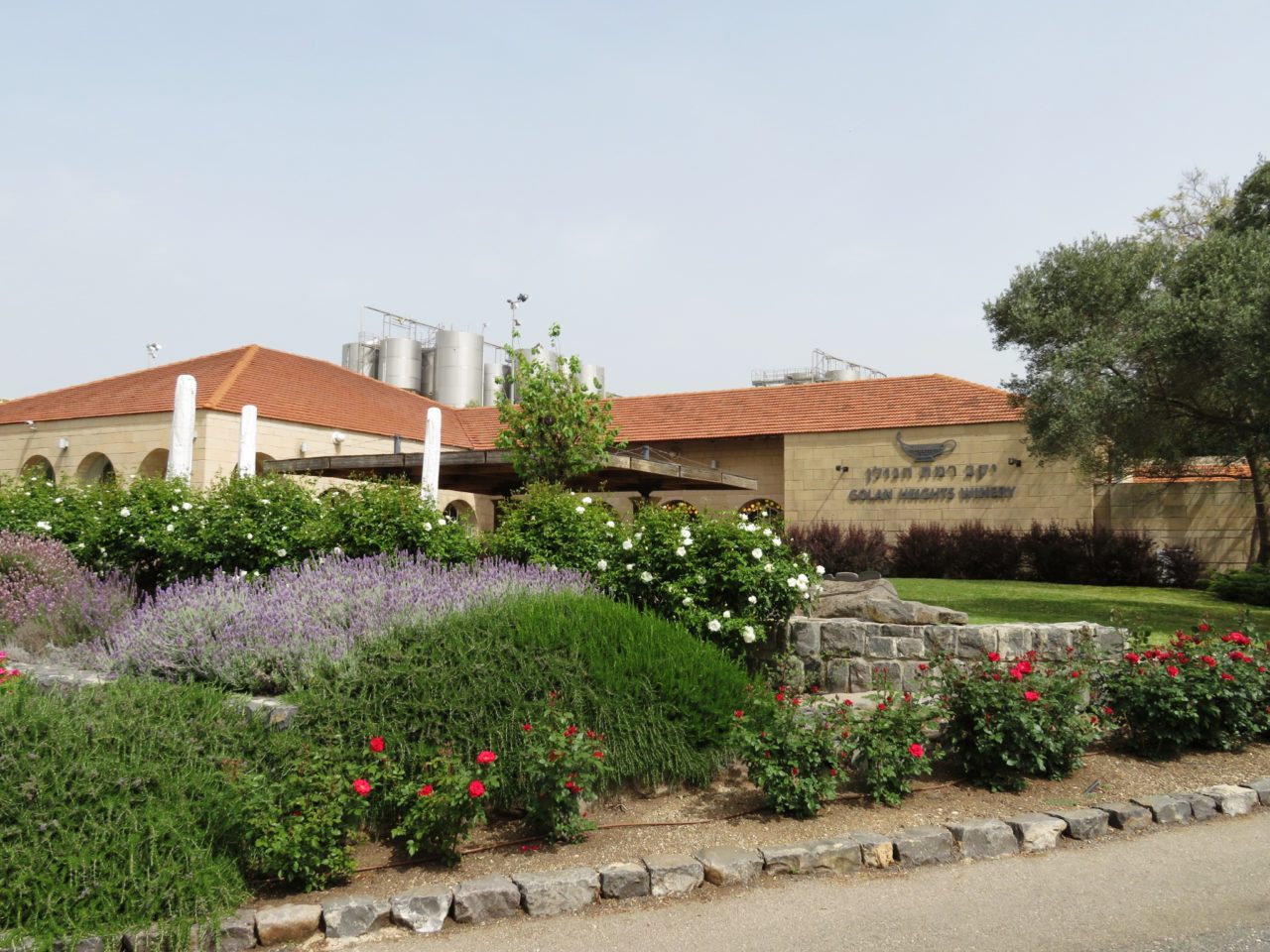 Amazing Israel ! Golan Heights Winery in Katzrin Israel, one of more than 300 new wineries sprouting up in Israel in the past twenty years

We thoroughly enjoyed our two week trip to Israel and will be writing additional articles about what we experienced. Our conclusion at the end of the trip was that we would love to travel back to Israel as soon as possible. It is just that wonderful and amazing a country. When one thinks about the socio-economic changes happening in other countries around the Mediterranean, in North Africa, the Middle East, and all of Western Europe, it should not be surprising to find that resilient, safe and fast growing Israel may well have become the new jewel of the Mediterranean, and its main city, Tel Aviv, one of the very best city destinations of the Mediterranean sea, at the very least on a par with the other two great beach cities lining its shores, Nice and Barcelona.
It’s time to explore the “new” amazing Israel !
. 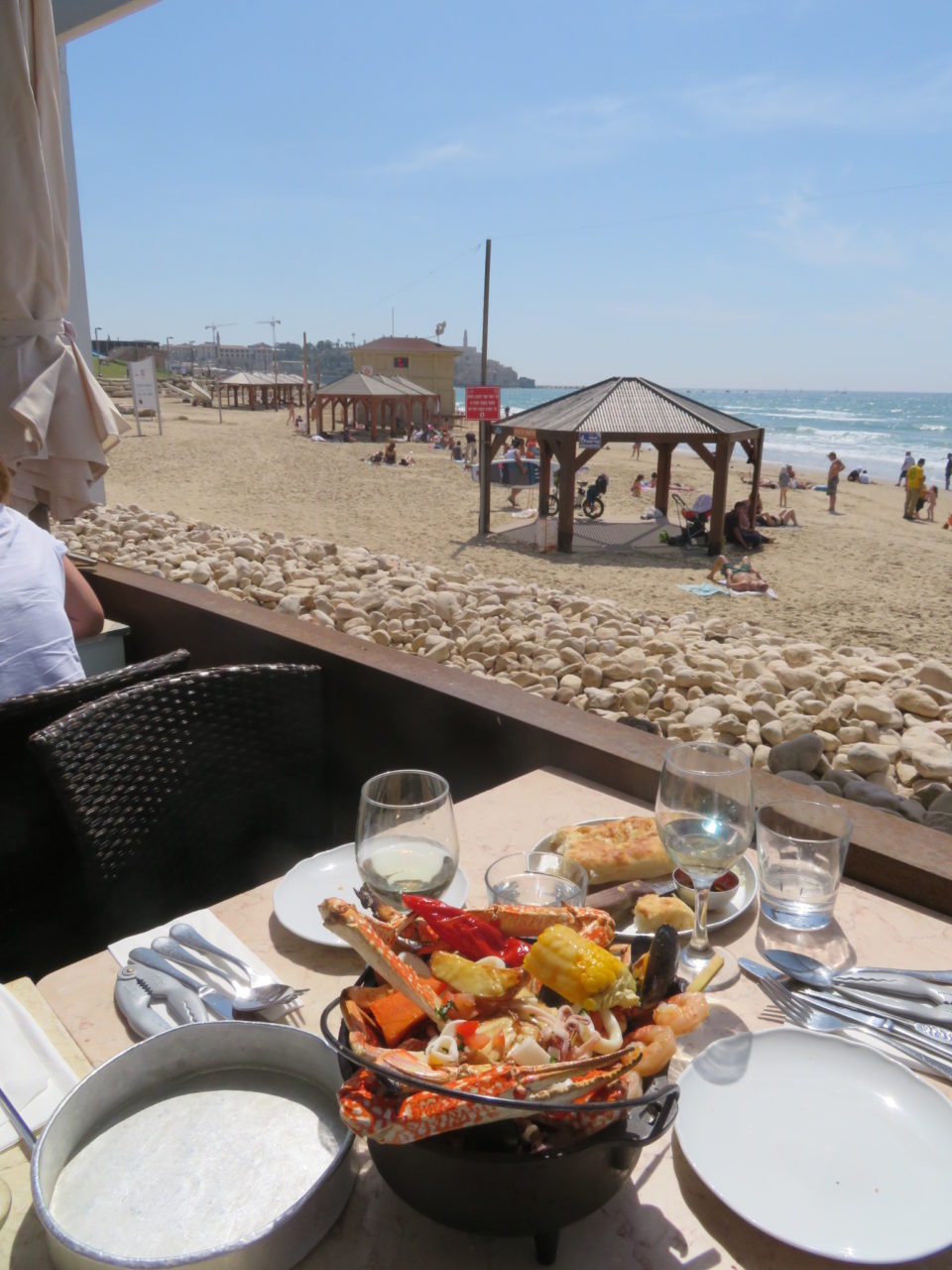 Stay tuned to BonVoyageurs.com for our writings about our Israel trip as well as for more Countries of the World as we share our joie de vivre from around the world. Luxury escapes, cruises and city breaks to Quebec City, New York, Washington, Buenos Aires. In Europe, places like Paris France, Nice France, Provence and the Cote d’Azur (French Riviera), Tuscany and Florence in Italy, Rome, Napoli and the Amalfi Coast. In Asia, countries like China, India, Nepal and so much more!
.
We thank the Israel Ministry of Tourism for sponsoring a portion of our trip to Israel.
« What’s in my travel bag?
The Israeli Breakfast – Best in the world ! »