Prague did not take long to win us over! We found the capital and largest city in the Czech Republic very charming, very historic, and very walkable.

The magnificence of the historic center of Prague contrasts dramatically with the drab and uninspiring Soviet era city expanse which surrounds it. A UNESCO World Heritage site since 1992,  that central city core spans both sides of the Vltava river, covering a HUGE area, larger than any other “old town” we know of anywhere. It is divided into five main districts, each of which is fascinating to explore.

Layered in history, Prague has been inhabited since the Stone Age, with recorded history dating back to at least the time of the Romans.  The many buildings and monuments of this historic city, however, cover the period following the first establishment of Prague Castle in the ninth century up until the end of the Austro-Hungarian empire at the end of the first world war. Amateurs of architecture will revel at the awesome number of Romanesque, Gothic, Renaissance, Baroque and Neo-Classical structures all over the city.

Discovering the history of the Holy Roman Empire and the events of the twelfth to the fifteenth century, when Prague was at its zenith, was a new and fascinating experience for us. Thankfully, the center of Prague was almost entirely spared by the bombings of the second world war and you can walk thru centuries of history by simply strolling the streets of this very well-preserved city.

We divided our tour of Prague into six different areas, each worth at the very least a half-day of touring and each with its unique character and history.

Prague Castle is not only the oldest but also the largest palace complex in the world. It’s been more than a thousand years since construction first began back in 885 on top of what seems to be the highest hill in Prague. So make sure to wear your walking shoes – there’s a lot to see! 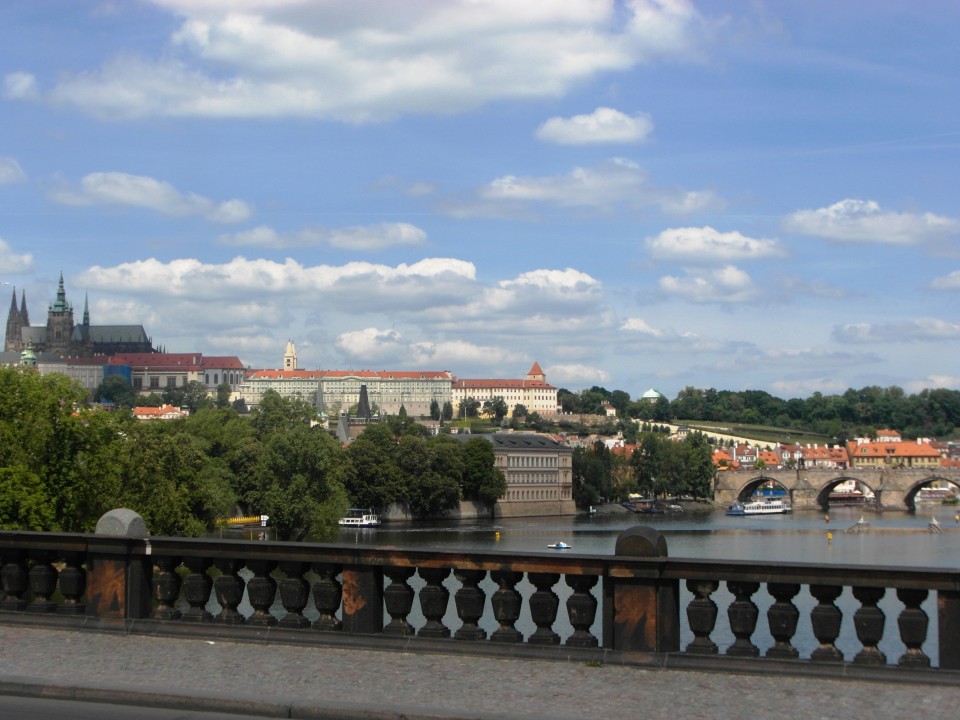 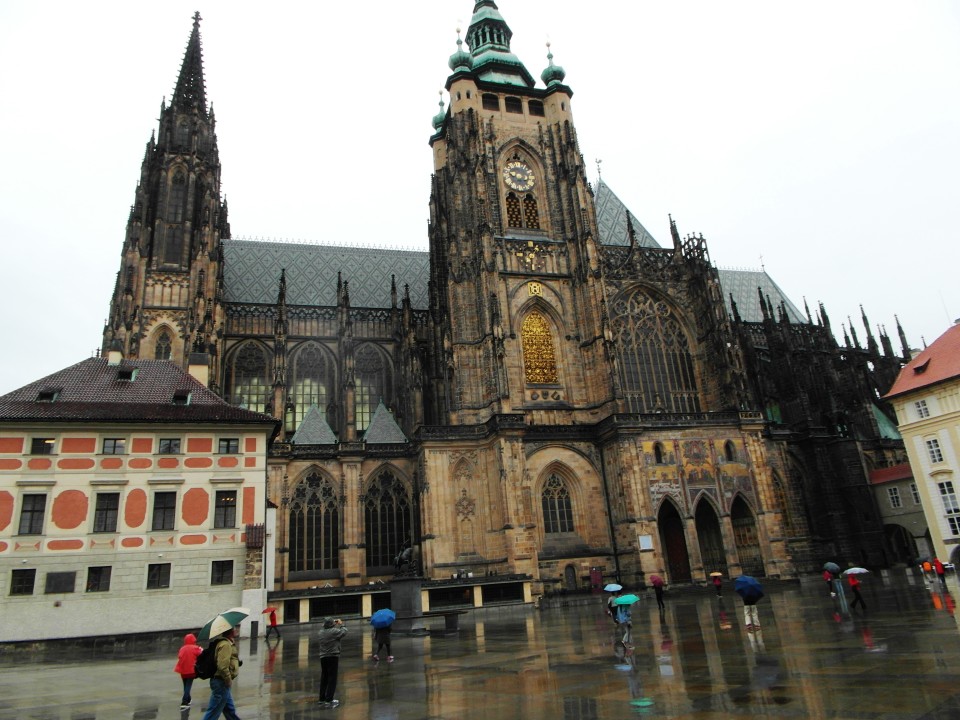 Lesser Town is the district on the slope leading from Castle Hill down to the Vltava River. A quieter area filled with embassies, government buildings and rich mansions, and much more. 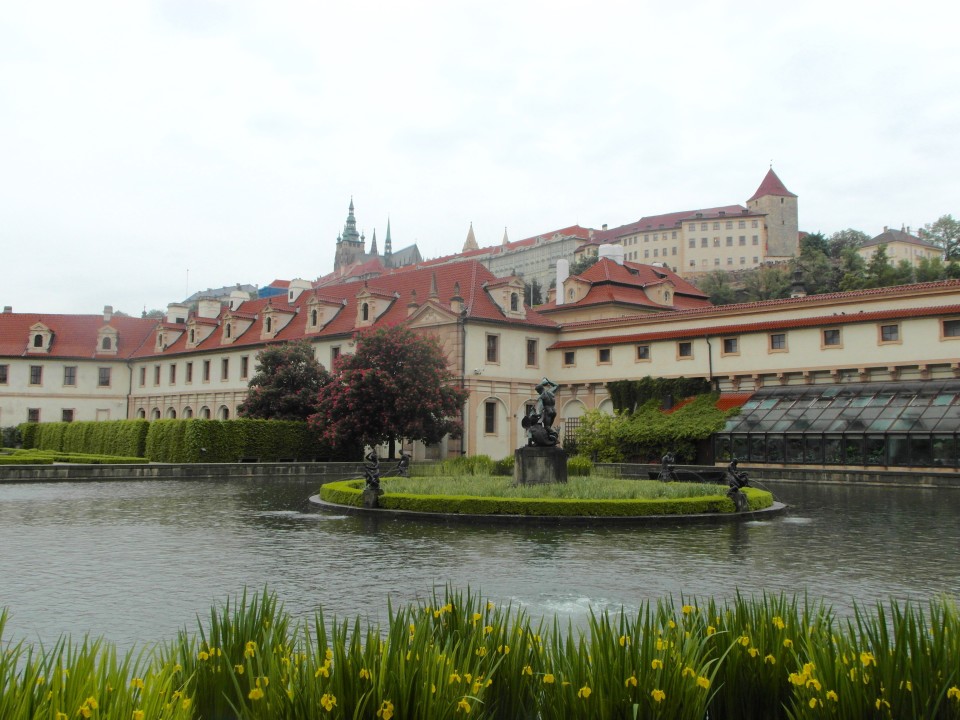 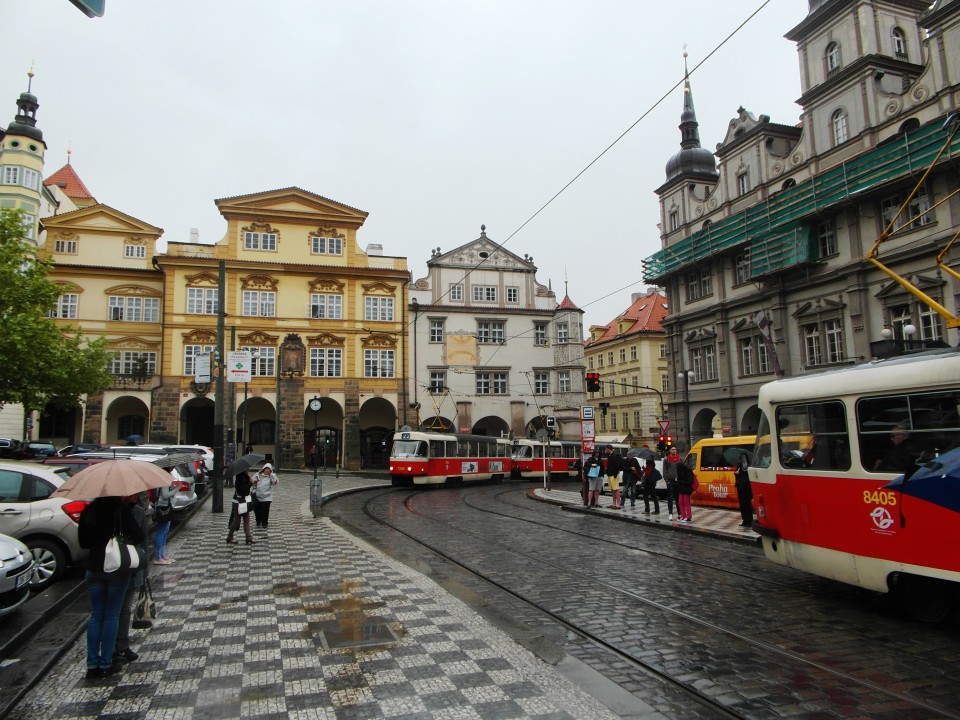 Pedestrian-only Charles Bridge was built in the fourteenth century over the Vltava River between the Lesser Town and the Old Town districts. The solidly-built stone bridge has been used for almost 800 years! It is guarded by towers at each end and lined with statues from various periods. 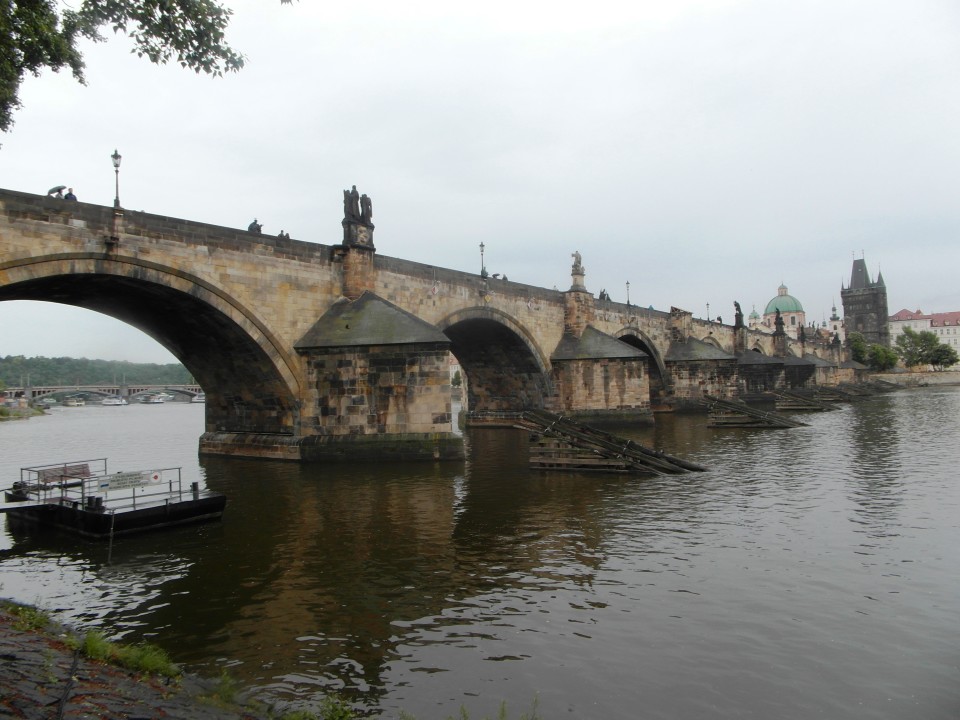 Kampa Island, located next to the Lesser Town of Prague just south of the Charles Bridge, is an oasis of calm and beauty right in the middle of the city. Kampa Island has been voted the second most beautiful city island in the world. Well worth a visit. 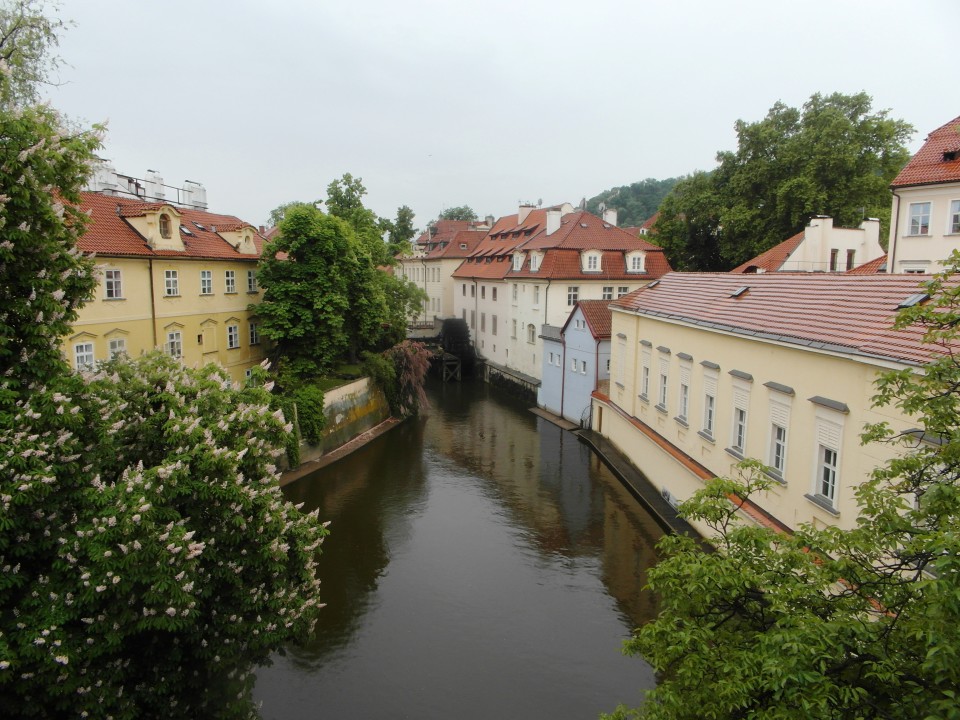 The Old Town district of Prague is the area covered by Prague in medieval times and used to be surrounded by a wall and moat,  both of which were demolished when the “New” Town was created in the fourteenth century. 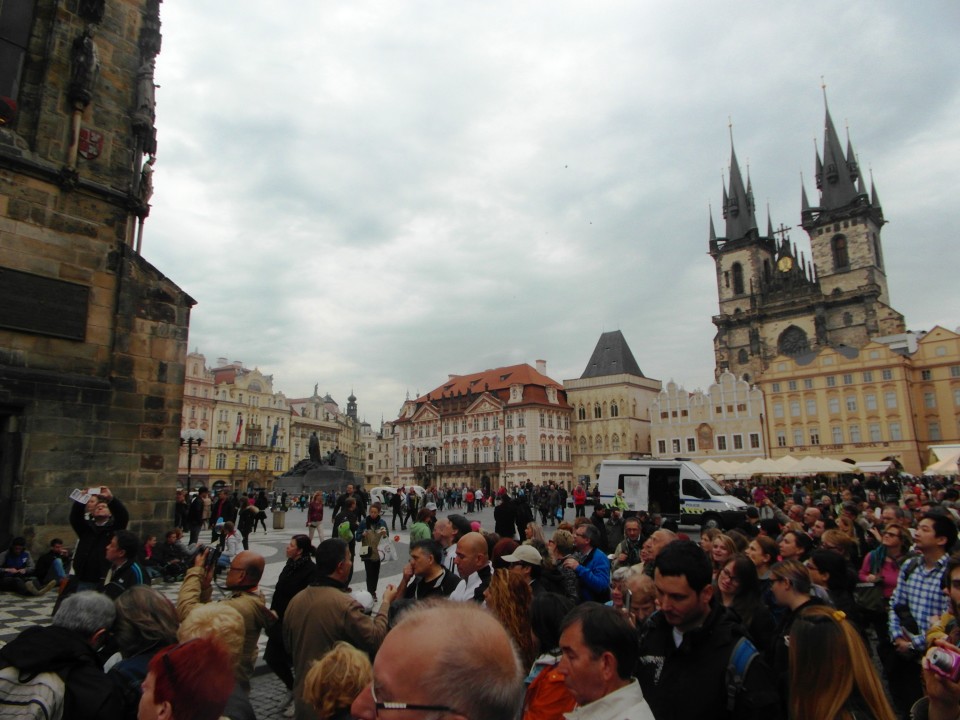 Jews have been a significant part of the history of Prague almost since the beginning of the city. They accounted for 20% of the population of the city at the beginning of the second world war. As in so many other parts of Central and Eastern Europe, the Germans successfully exterminated and wiped out the thriving Jewish population of Prague. About 250,000 Czech Jews died in the Holocaust, and today there are only about 5,000 Jews in Prague. 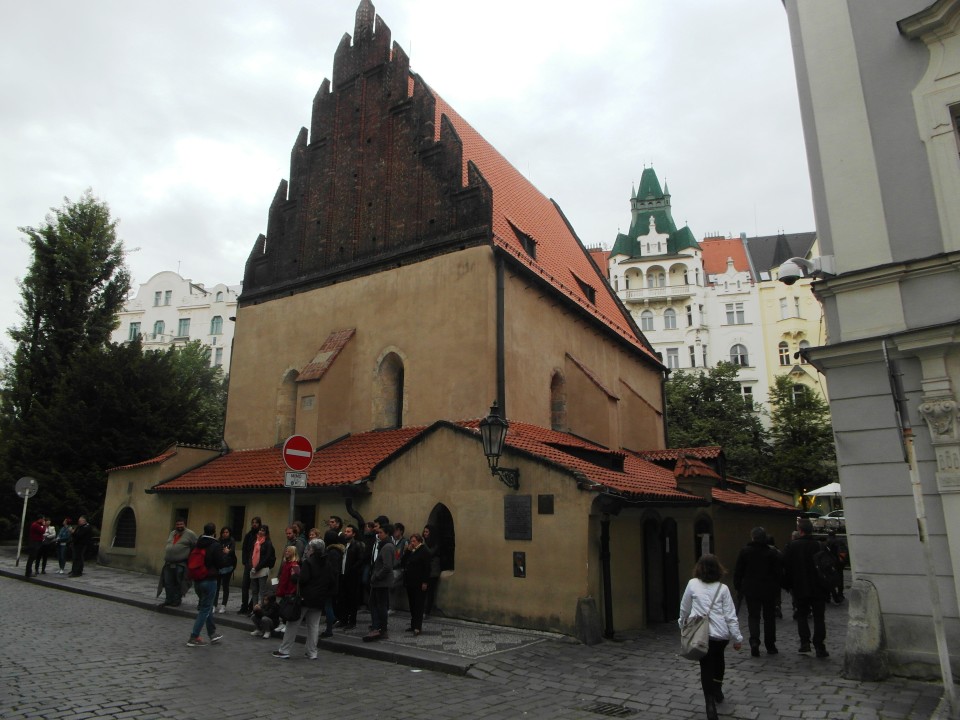 The Old New Synagogue of Prague, which opened in 1270, is Europe’s oldest active synagogue!

That the “New” Town district of Prague goes back to the fourteenth century underscores the illustrious and long history associated with the city of Prague. 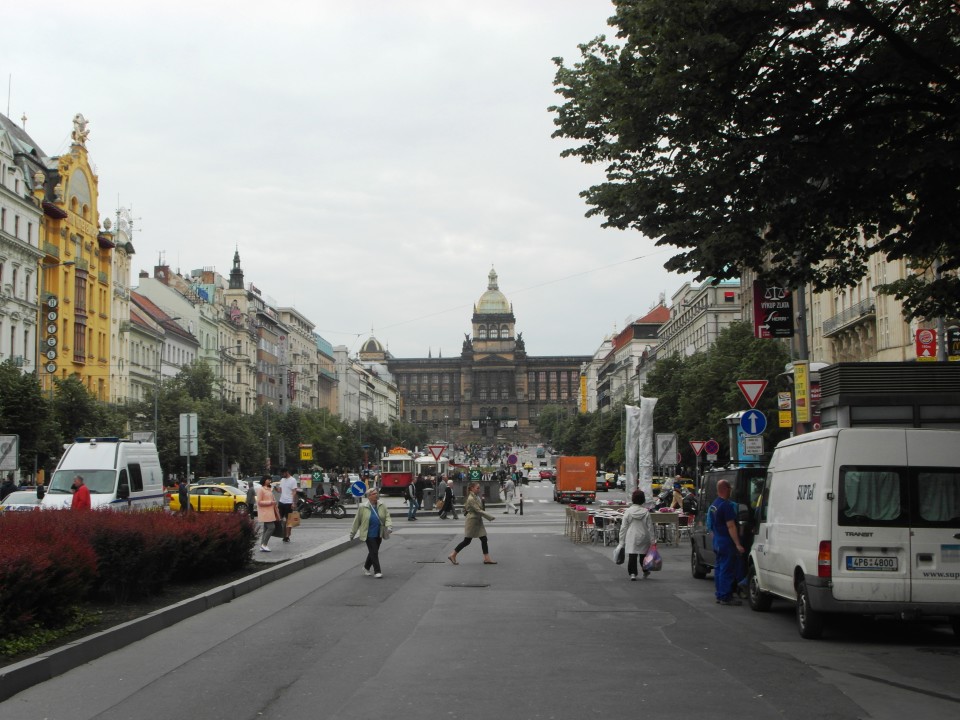 Eating in Prague is as memorable an experience as the architecture and history of the city. Here are some of our very enjoyable dining experiences (with more to come) in this up-and-coming culinary destination:

Field Restaurant for the best of Prague gastronomy!

Mlynec Prague – The art of gastronomy in the Old Town!

Sometimes, walking is not a practical option. Because so many areas of the historic center are pedestrian, cars have to take a circuitous route to get to most destinations. We used the Uber car service, recently introduced in Prague, when we needed transport by automobile and were totally satisfied with their service, and even more so with the cost, which never exceeded US$7.

Prague is one of the most visited cities in the world, and for good reason. Come prepared for throngs in areas such as the Old Town Square, Charles Bridge and Prague Castle but know that you can visit the many other attractions of the city at a leisurely pace. BonVoyageurs highly recommends a walk through history in Prague!

« Field Restaurant for the best of Prague gastronomy!
Our favorite Prague Cafes ! »